HISTORY Con went all out this year by bringing together bolder names, more displays, over 400 exhibitors, the best of pop culture and prominent history makers from all over the world. Included in this year’s roster of HISTORY’s stars is American biker Jaime Dempsey of Ride N’ Seek – a show which enabled her to explore and get to know the culture in different parts of the Philippines like Batanes, Kalinga, Palawan, Butuan, and more spots in Mindanao.

Jaime has been interviewed numerous times in various local publications so we recently opened our social media pages for questions in this #MillennialsAsk video with a twist, and picked out questinos that have never been asked before. Despite her brave aura, what food will she never eat? Did she get a tattoo when she was still a teen? What led her to this adventure-seeking path? To answer these within 3 minutes, we played “Never Have I Ever” with her, minus the shots! Manila Millennial was given a limited time, so please bear with us if your questions weren’t able to make it to the cut.

Born in Illinois, but raised in England, Ride N’ Seek host Jaime Dempsey spent her formative years studying in the UK and traveling around Europe. She caught the travel bug young and has always been looking for new places to go and new things to try. She then went to the University of the Arts in Philadelphia, PA to take up photography. Spending about 6 years working as a photographer, she then went on to become a stylist and moved to Los Angeles. She took up riding motorcycles about 8 years ago and has owned such bikes as a Yamaha XS650, Harley Iron 883, and Ducati Monster 695. All year round, Jaime and her gang of SoCal riders take trips up the coast or to the desert. When first moving to Los Angeles, she kept up with her styling and spent a good amount of time on sets for show like LA Ink. She has also styled celebrities such as Pit Bull and Ving Rhames. She also had brief appearances in shows like Entourage and Hell’s Kitchen.

I’ll just repeat what Jaime told us: “Don’t take no for an answer. If someone says you cannot do it, prove them wrong.” Feeling instantly empowered right after this interview! 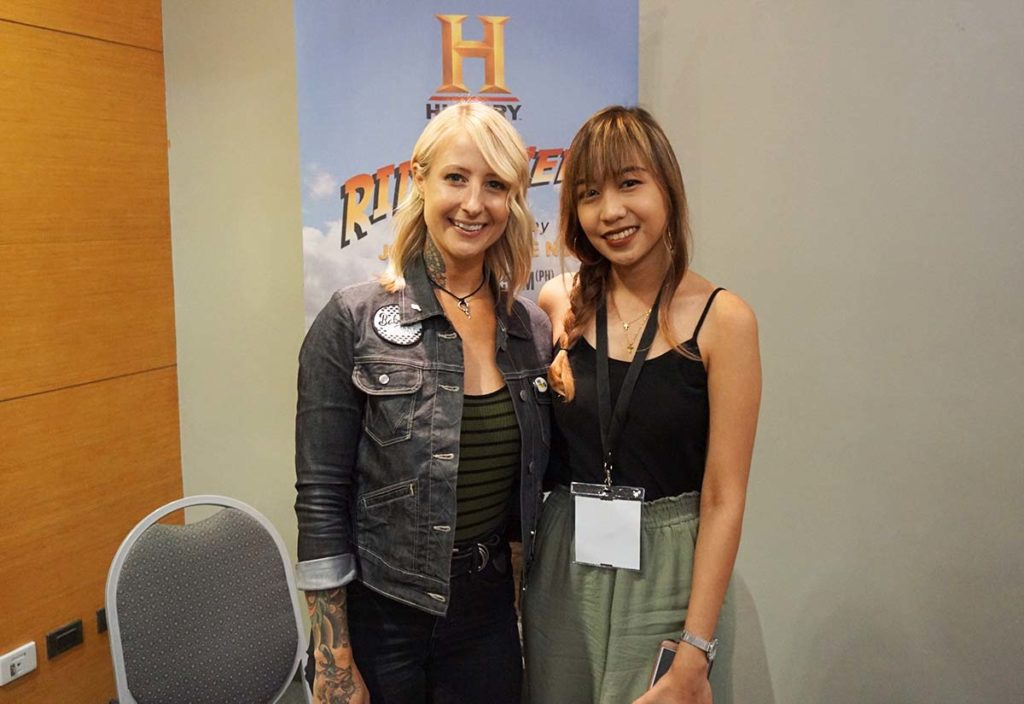 It has been an honor to interview such a strong woman like Jaime! 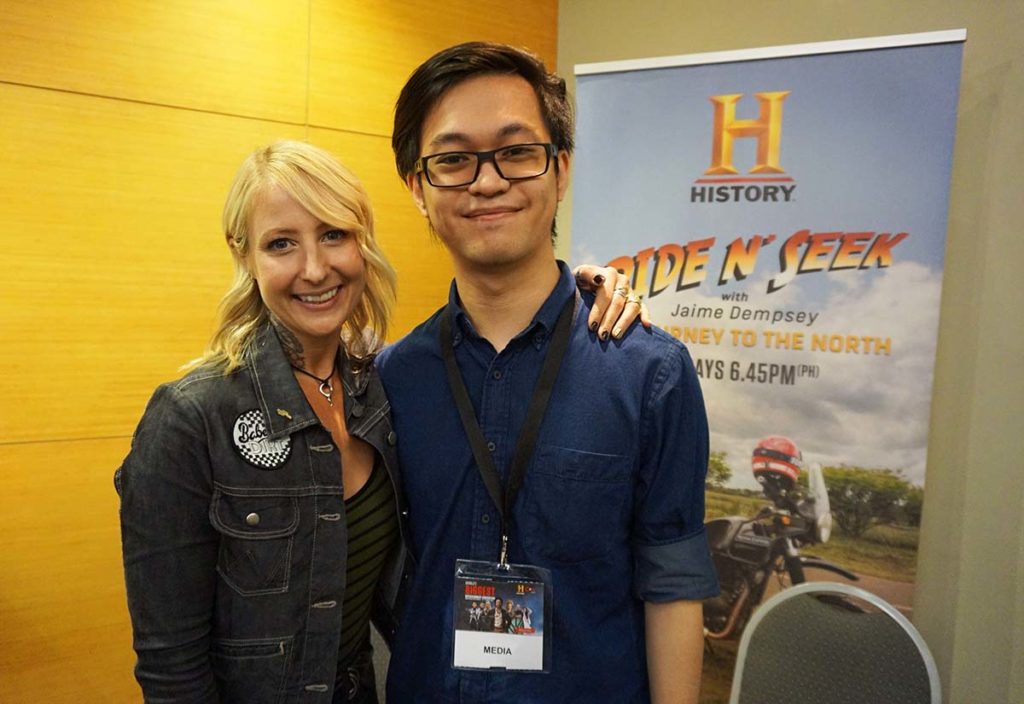 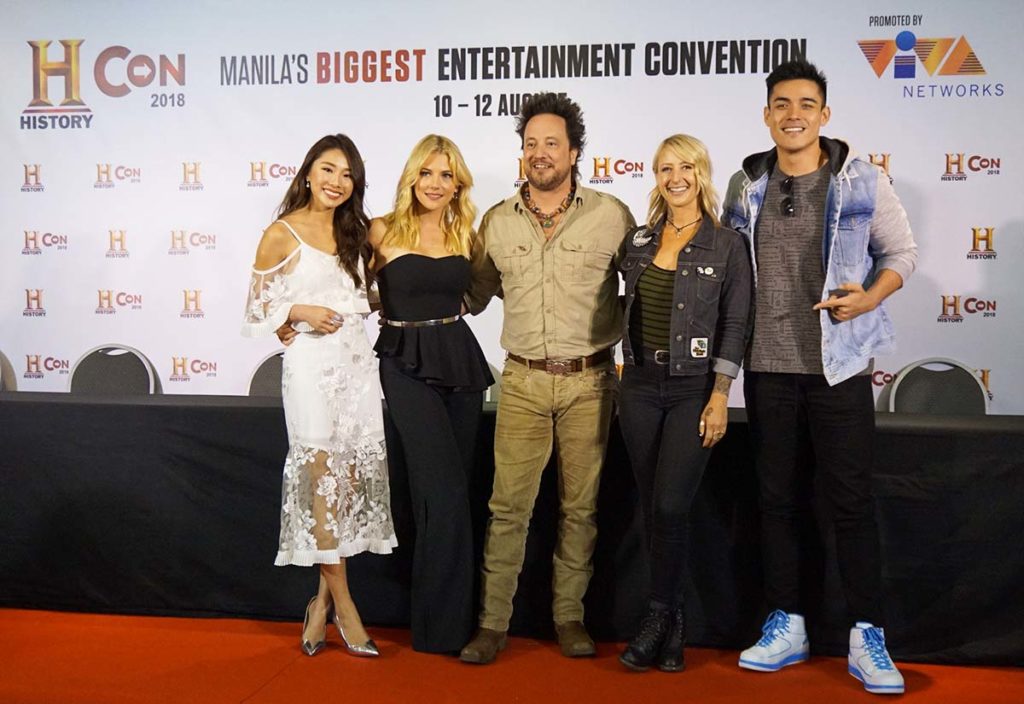 Want to see more of our trip to HISTORY Con 2018? Check out Manila Millennial’s photos on Facebook, Twitter, and Instagram! For more details about the convention, visit:

Special thanks to the following for sending their questions: Jandrel Macalintal, Osmond Chua, Ray Guingab, Nicole Alejandro, and Kenn Jimenez!