Before anything else, let’s get things straight: The only thing crazy about Ancient Aliens’ Giorgio A. Tsoukalos would be his hair. His theories and dedication to Ancient Astronaut research deserve more than a viral meme – though I’m somehow thankful that this existed because at least now, people are starting to talk about the matter.

After missing his talk in 2016, Manila Millennial made sure to catch both his Mysteries of the Past live session and appearances at the HISTORY Con this weekend. HISTORY Con is an entertainment convention which is currently on its third year here in the Philippines. This annual convention has brought together bolder names, more activities, and over 400 exhibitors, the best of pop culture, and prominent history makers this year. 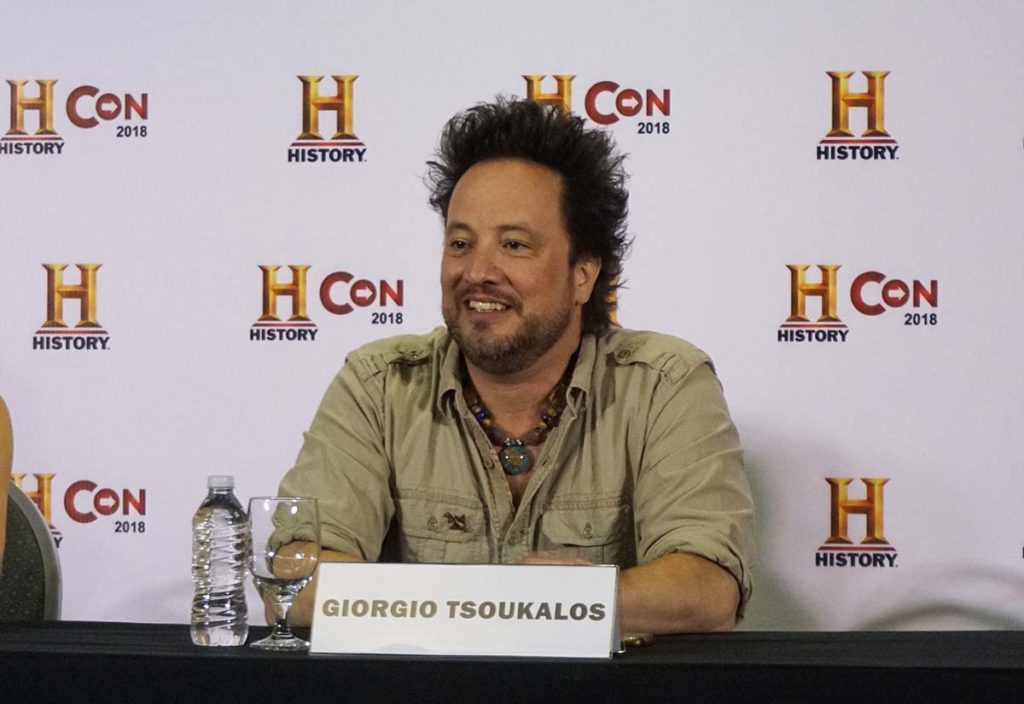 The team was lucky enough to ask Giorgio one question during the press conference last Friday (August 10, 2018) and this was the question we chose: After studying mythology from different countries/religions/cultures (yes, this was part of our literature subject), we observed a lot of accounts saying that heavenly bodies/gods went down to earth to produce offspring with humans. Is it possible that humans may now have extraterrestrial genes?

His answer was straight to the point: Yes! His opinion was backed by Ancient Astronaut Theories which go all the way back to 1998 but are still being continuously improved and studied to the present time. We were able to take a video of his answer, so you can listen to it as well:

As a frustrated archeologist (‘cos we don’t really specialize in this field here in the Philippines and I had to let it go. You can ask my mom about how I dreamt of brushing fossilized stuff when I was young) and as someone who has always been fascinated by mythology from different cultures, I have been watching Ancient Aliens since its first season. Someone recently asked me why I have so much admiration for someone who isn’t an “expert”. To me, there’s no BS in these Ancient Astronaut Theories because it is backed by thorough archeological and scientific research, and Giorgio knows all of these by heart. He’s a publisher of Legendary Times Magazine – the world’s leading Ancient Astronaut research journal. He’s already been featured in countless shows, including National Geographic, SyFy, Coast to Coast AM, The Joe Rogan Experience, to name a few. 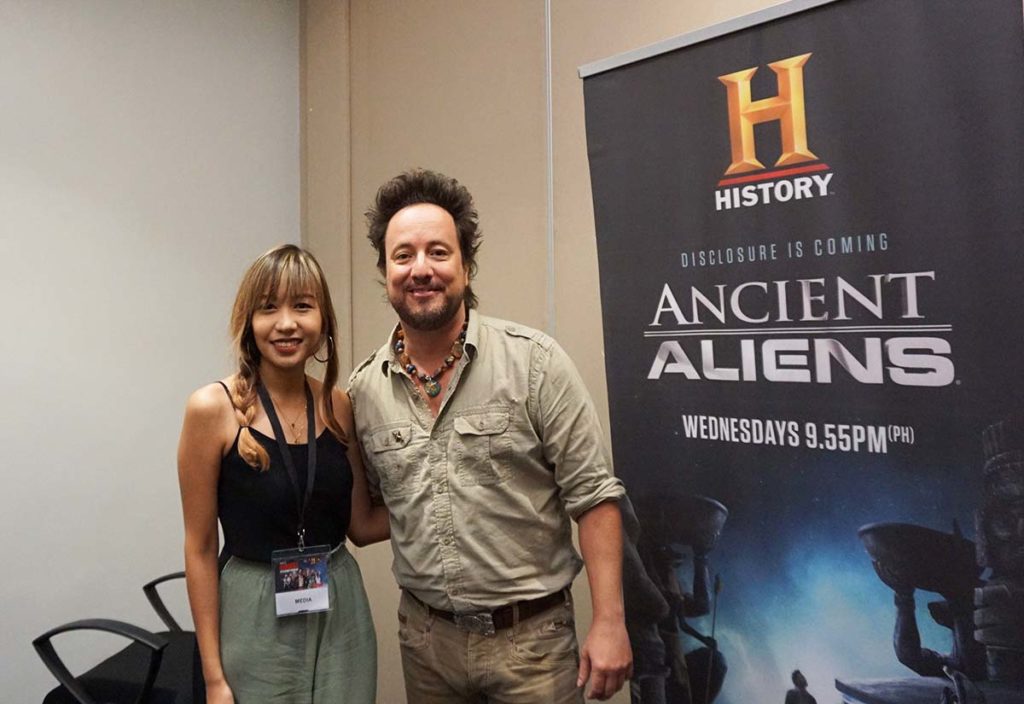 The theories that he use as basis clearly do not state that aliens went here to magically create a civilization in one zap. It merely suggests the possibility of having similar beings help the Homo Sapiens learn new things. They may be almost like us, not the green-fleshed and wide-eyed beings that movies depict. Ancient Aliens has been on HISTORY for 13 seasons and counting because it involves historical spots and pieces! And don’t get me started on how believing in these things go against my religion because I wouldn’t limit God’s powers to just one type of life – which is only on Earth. I can go on and on about this, but if you share the same interests as I do, go watch Ancient Aliens on HISTORY. Promise, you won’t regret it. 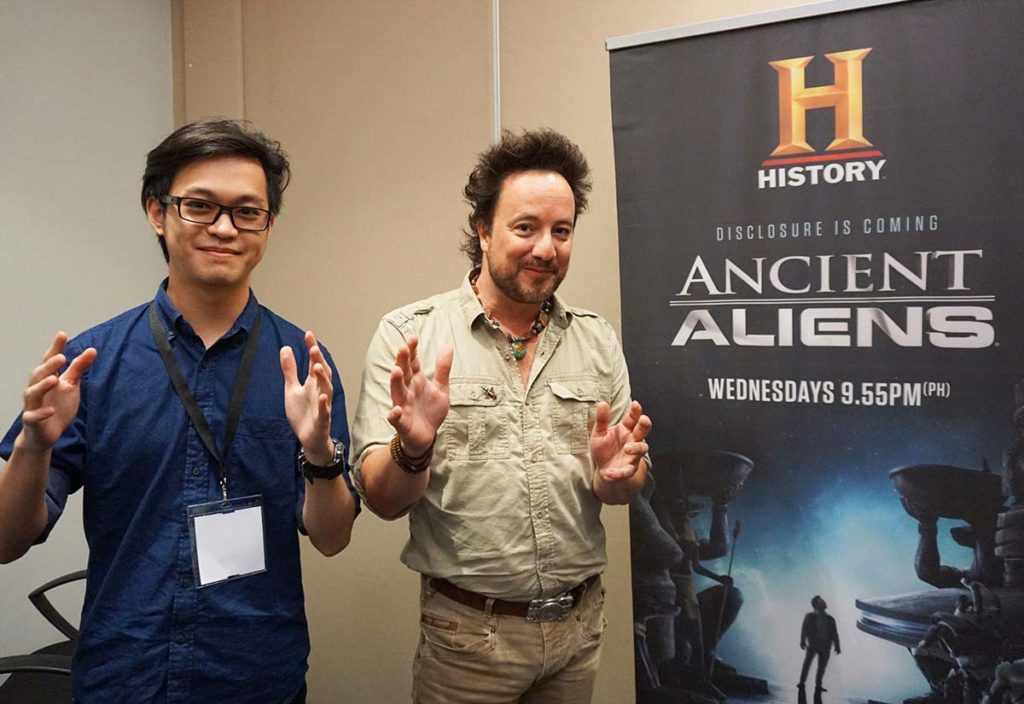 Gio (who is behind our camera most of the time) meets Giorgio! 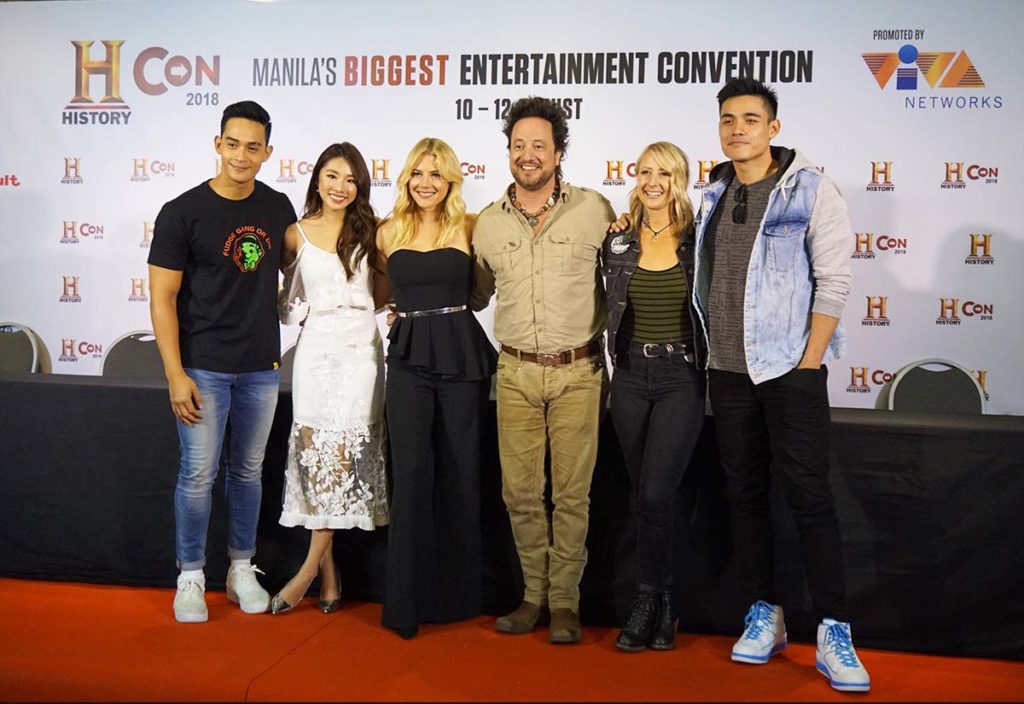 Want to talk about what we know regarding extraterrestrial involvement in our history? Send Manila Millennial a message on Facebook, Twitter, and Instagram! For more details, visit:

P.S. Giorgio mentioned that David Childress, author and owner of Adventures Unlimited Press (specializing in books on ancient mysteries), might visit the Philippines next year. Will be looking forward to this!