Now on its second year, the History Con here in Manila definitely came back bigger, bolder, and better – not just through the number of exhibitors and size of the venue, but also with the inclusion of unexpected guests like an accredited National Aeronautics and Space Administration (NASA) Astronaut who has spent a total of 178 days in space and has 25 hours and 36 minutes of time in four spacewalks!

Selected as an astronaut by NASA in July 2000, Barry Wilmore completed his first flight as pilot on STS-129 where he logged 10 days, 19 hours, 16 minutes and 13 seconds, traveling 4.5 million miles in 171 orbits.  From September to November 2014, he served as Flight Engineer aboard the International Space Station for Expedition 41 and then as commander of Expedition 42 from November 2014 to March 2015 totaling 167 days in space. 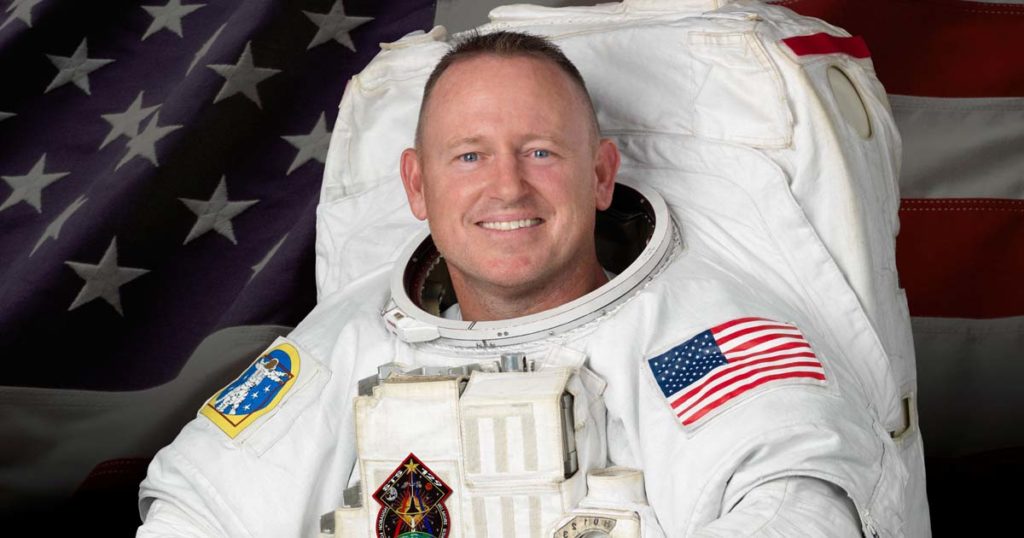 Your resident millennial was lucky enough to be part of the bloggers who were able to land a one-on-one interview with Barry, and as previously mentioned via Facebook, we did include questions from you guys!

Read the full interview transcript below.

Barry Wilmore will be part of the Meet & Greets, History Talks, and Stage Activities/Appearances at the World Trade Center in Pasay City from August 10-13, 2017.

You may get your tickets at any SM Ticket outlet, order online at www.smtickets.com, or just get a one-day pass for only P250 at the venue.

What do you miss most about being in outer space?

“Weightlessness is way cool. People don’t think about this but when you go to space and there’s no gravity, you know, we get older, our bodies sag. There’s no sagging in space. I looked like I was 20, my body did. I miss that. Your body recuperates faster. You’re not under the pull of gravity so if I workout really hard, by the next day, I’m ready to go again, I’m not sore. Your body recuperates a lot faster because your joints aren’t under constant pressure unlike here we’re under gravitational pull, so I miss that. Another thing – metabolism! My metabolism was so much higher, I had to eat almost 3500 calories a day, not to lose weight. I miss that, I love to eat! I can’t eat like that down here, but up there, I ate and ate and ate and still ate and it was fine. So I miss that.”

How do you have fun in space? Do you have a favorite past time activity up there?

“It’s all fun. I wake up, I come out of my crew quarters, and I do a flip. I can’t flip on earth! So, I could, so I did. I was enjoying it – the fact that you’re there. You take a lot of pride in fixing something that’s broken. You take pride in experiments that people on Earth have worked a decade on. It’s their life’s work and you’re the hands and eyes for it and you do it, you do it successfully and there’s a lot of satisfaction in that.”

What watch do you use in space? Is there a specific model that works?

“The Omega Speed Master,” he says as he shows us the watch on his wrist. “It’s got a really loud alarm, they say you can hear it through your space helmet. I bet you could. It’s really loud and I’ve worn this watch even before I was an astronaut and this is one that astronauts have worn for decades. The great thing about Omega, once you buy it, I send it in every three years… they make it look brand new.”

What do you miss least about being in outer space?

“You know you’re only going for a short period of time so I didn’t miss my family because that’s fruitless. There’s no reason to go to space and fret over not being with your family. You know you’re going, you set that mental block, you train your kids, you set it, and then you go, then you do it. I didn’t fret being away. I wasn’t sad that I couldn’t have a hamburger. You don’t have hamburgers in space, but it’s a limited amount of time and I knew that so I just enjoyed the experience. So there really wasn’t anything that I fretted or missed.”

What’s the hardest thing about adapting back to life on earth after coming from space?

“When you’re in space, you’re not under the force of gravity, your body doesn’t need calcium to the bones. The body doesn’t produce it. That’s why we workout so we keep having the body produce calcium, but your body is not under those stresses so it doesn’t produce as many red blood cells. Red blood cells transport the oxygen throughout our body so you come back after six months and you’re deficient in your red blood cell count so you don’t have stamina. It takes time to build that back. For me, it was five months before I felt normal.” 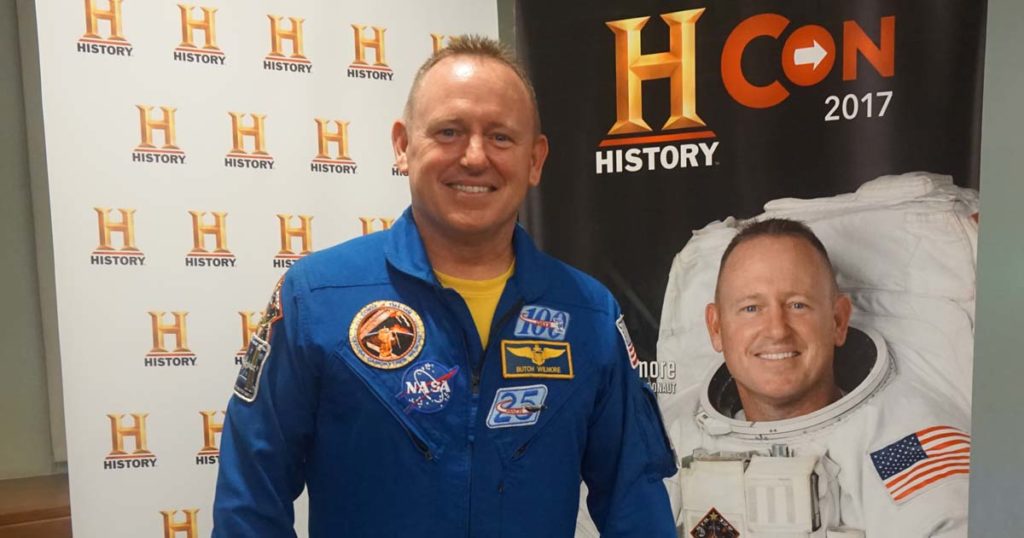 Barry Wilmore smiles in front of History Con banners at the venue. Great to see that smile even after hours of entertaining questions from the media!

How accurate are Hollywood movies like Apollo 13, Gravity, and The Martian in depicting an astronaut’s life in space?

“The visuals on most of those are realistic. Hollywood takes their leeway on everything they do. They embellish a little here, they take a little away here. Their science isn’t exact but I don’t watch movies to make sure that their scientific content is accurate. I watch it for enjoyment, and most of those are really enjoying to watch.”

What achievements could NASA do if the USA’s budget for NASA is the same as their budget for the military?

“We could go to Mars in a couple of years. Really quick. You gotta realize, NASA’s budget is 19 billion, the US military’s budget is like 440 billion. So if we had 440 billion, you can hire more engineers and get things done a lot quicker so there’s many things we would be able to do much much faster if we had that kind of money. But you know, NASA, we’re not just human spaceflight. We’re all types – the science and development of in-atmosphere vehicles, planes, and those types of capabilities under combustion science, robotics, going to the farthest of planets – Mars specifically right now, and of course, human spaceflight. We’re very widespread, so human spaceflight didn’t get all that money. Nowhere near.”

For you, is there a possibility that Hollow-Earth Theory is real? Having a whole other world beneath our own?

“I would be very skeptical of that. The big one that’s been out recently is the Flat Earth (Theory) and I can guarantee you that Earth is not flat. It is round. The physics associated with how we fly in space would not work with a flat Earth. So, trust me, it’s round.”

Barry’s message to the flat-earthers:

“The need to listen to, not theoretical science, but the physics of things. It’s clear that the physics is physics. It is what it is, and the Earth is round. You can look at the videos that I’m gonna show now and you’ll see it’s round. You can see how the Earth rotates around the sun and what that does, what the space station’s orbit is.”

Do you believe in God and that the universe and everything in it is his creation? Are you more of a believer of science or religion?

“You’re saying science or religions, why can’t I be both? Do I believe in creation or evolution? I have studied evolution. Evolution has so many holes in it. If I could describe to you the human reproductive process and how it works, and it’s impossible for a man and a woman to evolve, and how they would have to, and meet in time somewhere and produce offspring. It’s impossible. So, no, I don’t believe in evolution. Evolution is a lie, it is false, and I do believe the Bible.  The Bible is true, and I’ll share this with you and for all your folks out there: There is no science that does not involve theory, hypothesis, or assumption. And that’s what theoretical science is. It has to make assumptions on things because there’s no way to prove it. There’s no science that has involved one of those three that contradicts the Bible. None. You gotta challenge it to prove me wrong on that. There’s none. Now that’s why I said physics – physics is not theoretical science, most of ‘em. It is what it is. Theoretical science includes assumptions, hypothesis, and theories. There’s no science that contradicts the Bible and I don’t think there ever will be as we get smarter, with a lot of those theories and assumptions we don’t know the answers to, if we ever get those answers, they won’t contradict the Bible because the Bible’s true.” 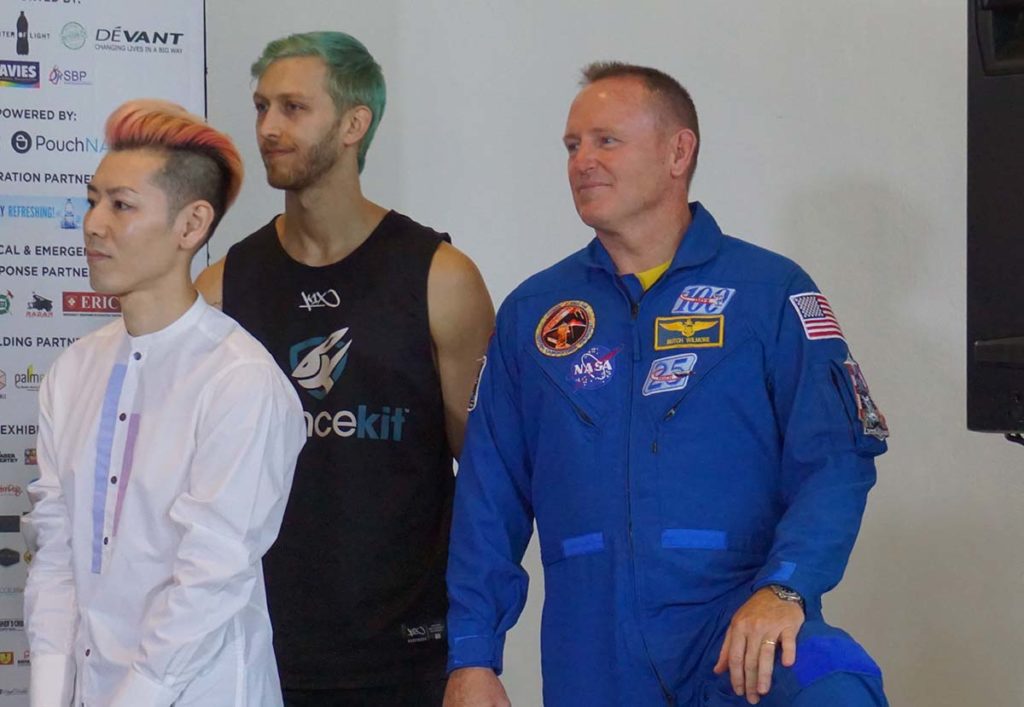 For everyone who are torn on what to believe in:

“Study evolution. So energy zaps a primordial mass and all of a sudden, there’s a cell that has the complexity (that is) far more complex than a space shuttle. Just by zapping it. And that’s gonna split and eventually split and make a toad? Really? A bunch of cells split and eventually make something that breathes in water, I mean, really? If you think about the science of it, you go back to human history, all these people come bound to one man and one woman. They’re gonna split and do whatever and evolve to where the reproductive process is and the only way they can work is the way they work now with humans, and there’s gotta be a first. How did we get to that first unit? It’s impossible. Absolutely impossible. That’s just the very basic, broad statement on those things but the list goes on and on and on and on.”

Disclaimer: “Again, you asked me my opinion. You didn’t ask me NASA’s opinion, and I got an opinion like everybody else.”

I guess we’ll need more time to discuss this with him! I also have a lot of follow-up questions up on my sleeve but given the limited time, of course, we had to entertain other pending questions as well.

One word to answer the following topics:

Of course, we brought in the millennial crew with us. (Just the two of us. Haha)

Fun Fact: Humans can’t travel to planets that are bigger than our own yet because we surely can’t survive. The gravitational pull is too much, according to Barry!

“Milky Way, I like Milky Way” (because it’s our galaxy)

“I’m definitely on the good side of The Force! I’m not a dark sider.” (Star Wars fans, rejoice!)

“At the point of a broken heart, ENOUGH.” 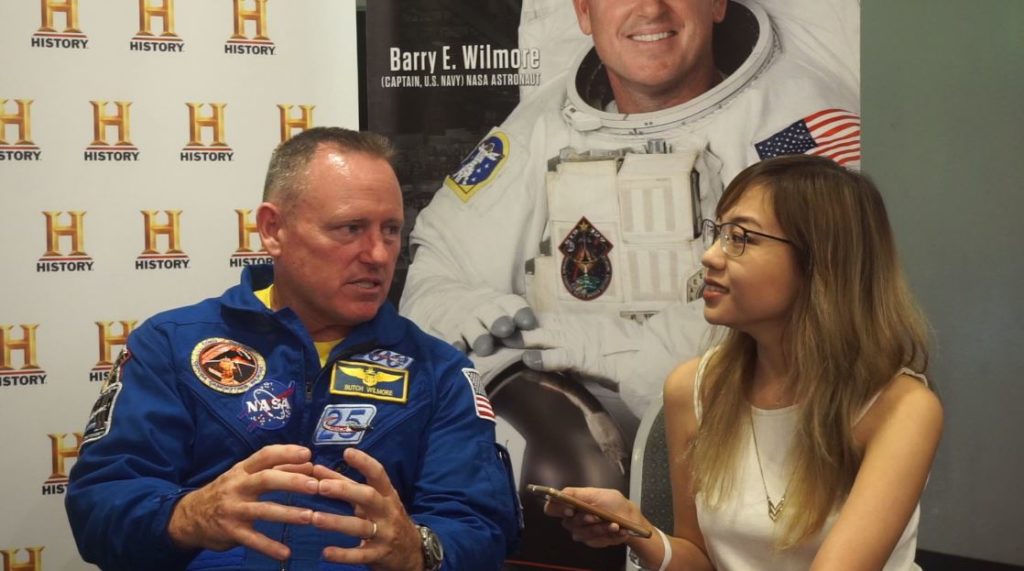 Barry was so nice to explain all the scientific terms. We got an instant refresher about science and an intro to spaceflight lessons!

“Manila Millennials, I’ll tell you what I was told when I first got to NASA as an astronaut. They said: ‘Know everything and perform it well’. That’s the encouragement. Do the best you can with what the good Lord gave you and strive for everything. Why not?”

One Reply to “#MillennialsAsk: NASA Astronaut Barry Wilmore on aliens, existence of God, and space”