Connect with different individuals and build meaningful relationships around the globe without having to worry about your security and privacy as Viber, one of the country’s leading communications apps, assures all chats or conversations made under its services are secured by end-to-end encryption.

While end-to-end encryption may sound like a daunting and complicated phrase, there are two simple things to understand about this very important security feature:

1. Only you and the recipient of your message can read it

All types of data such as messages, photos, videos, voice and video calls using Viber are encrypted the moment they are sent from one device until they reach the intended recipient.  The messaging app upgrades its special security technology system that allows only two devices to communicate using a secret code, which can only be interpreted by the message’s sender and recipient.

2. No messages, photos or videos are stored in Viber’s server

With this communication environment, the app, its parent company Rakuten, or any third parties will not be able to understand the users’ messages. No chat information is also being stored in Viber’s servers once it has been delivered to the recipient. Unsent messages will be encrypted until the receiver gets it and disappear from the server once it has been delivered.

Why is this important? 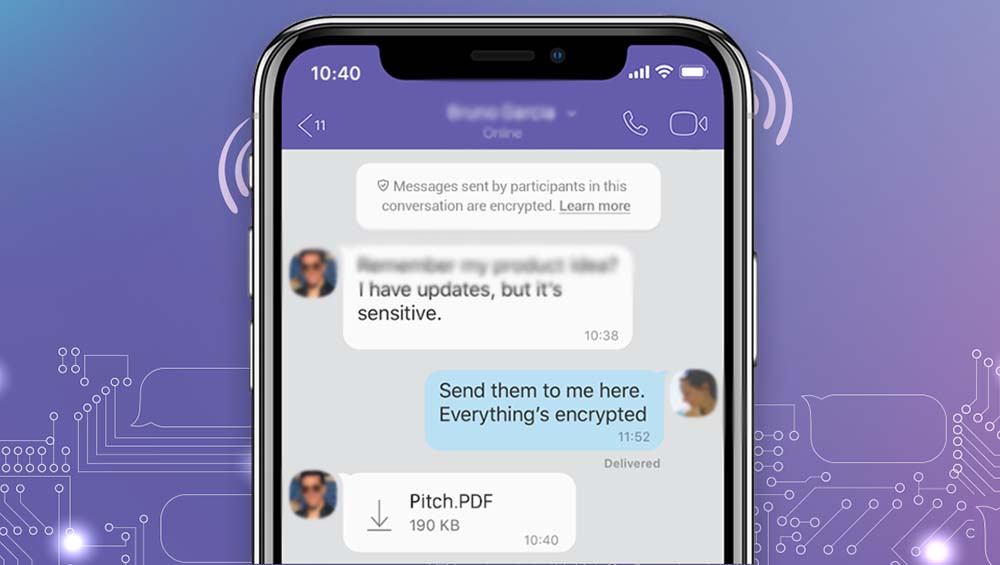 Aside from end-to-end encryption, you can also protect your messages by authenticating the contacts that you trust the most from your chat info screen. Authentication tells Viber that you confirm that the person in your contact list is a genuine user, providing you with an extra level of security protection if anything changes with your contact. Viber also reminds user that they can always block suspicious or messages from unknown numbers.

As many social media platforms and messaging apps attempt to make the users’ online data more secure and private, Viber takes a step ahead by giving 360° security and privacy measures which include in-transit encryption, end-to-end encryption by default, and trusted contacts. As the only messaging with these security features, rest assured that Viber is also the most secure messaging app in the world.

Don’t take chances and secure all your messages! You may download the latest version of Viber through Google Play or the App Store. For more details, visit: