7 hours of non-stop PUBG Mobile! You’ve read that right, 7 hours of smooth and high-quality gaming! Imagine being able to play one of your favorite mobile games without needing to charge that often. In a move that surprised a lot, but was already long-awaited by many, ASUS Philippines finally dropped the big news… Are you ready?

The arrival of the 4GB RAM + 64GB ROM variant of the Zenfone Max Pro was announced during its Max Pro: Game Zone event last Saturday (June 30, 2018) at SM City North Edsa Cyberzone Annex. Zenfone Philippines’ first-ever mobile gaming festival, in partnership with SM Cyberzone, was met with loads of fanfare after joining forces with various international and local gaming developers, but the announcement of the arrival of this upgraded Zenfone Max Pro was certainly the highlight of the event. 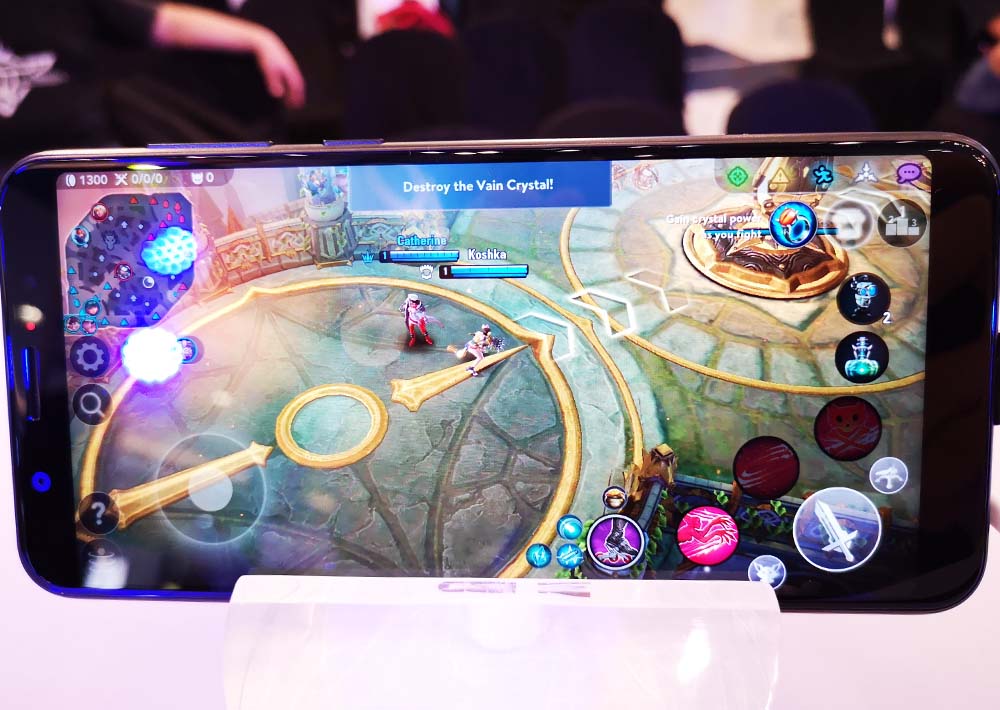 Vainglory through the screen of Zenfone Max Pro.

Earlier this month, the Zenfone Max Pro was introduced with the MAX A-TEAM, a group of influential names in the world of Philippine gaming: Kaisaya, Asurai Gaming, TriNhil and GLOCO Gaming. Now form a team of four, the partnerships expanded full force as ASUS Philippines not only introduced the newest variant of the mentioned Battery King but also officially announced their support and partnership with games and developers from both the international and local scenes. This special movement was called MAX FORCE. 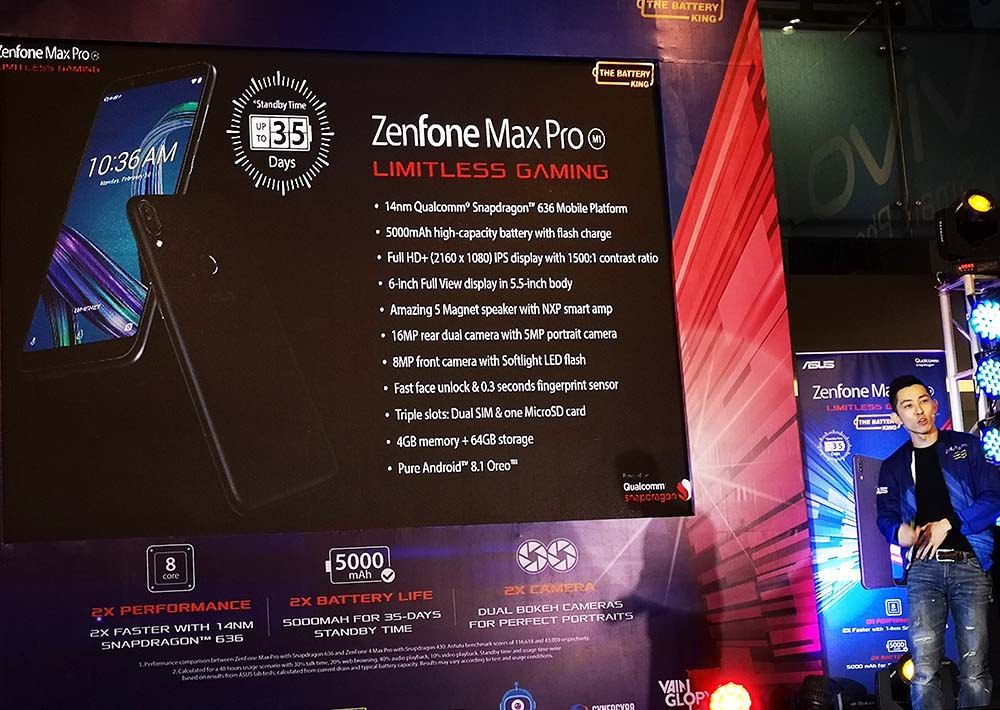 “It is a ubiquitous notion that more potent and engaging games are truly going mobile, making the choices of handsets even more critical to the player. We at the Game Developers Association of the Philippines (GDAP) are keen to this market movement and are distinctly honored to be a chosen partner of ASUS for their maiden gaming phone, the Zenfone Max Pro,” said ASUS Philippines Country Manager, George Su.

“In ASUS, we believe that the incredible does not stop simply by providing the technology for it. We feel that it is only right to go beyond our duty and support the elements that drive the passions of our Zenfans. We are very happy to take part in Philippine gaming not just by providing a powerful tool for immersive gameplay, but also through taking part in the community that players thrive in, whether these games are hardcore, casual, international or local,” he added. 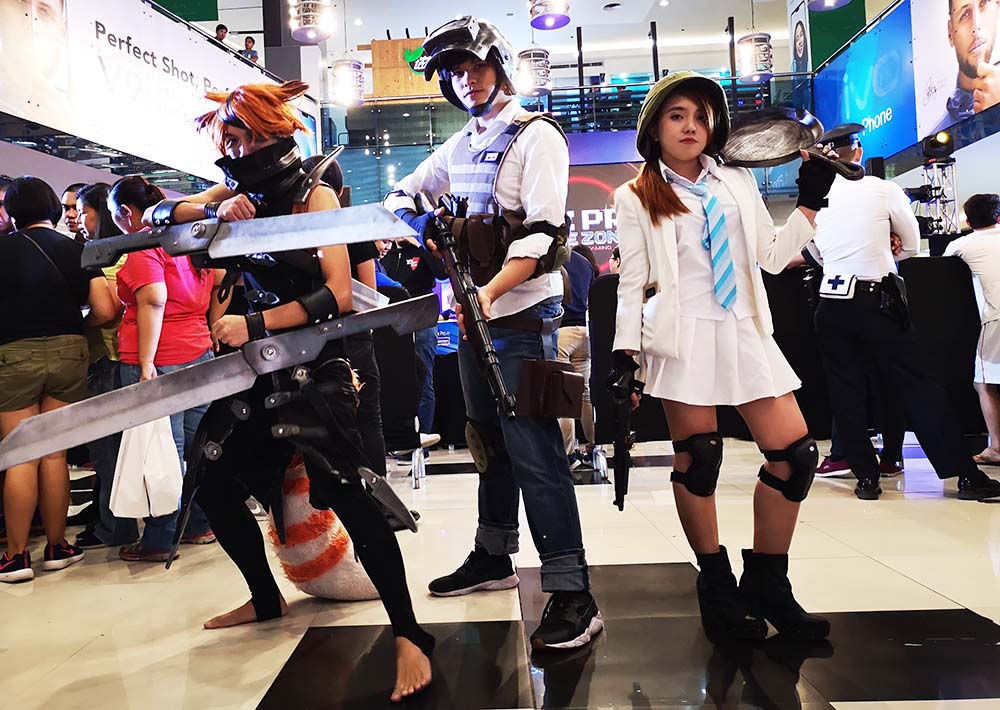 Fans dressed up like their favorite mobile game characters at the launch of Zenfone Max Pro.

Now this is taking the mobile gaming experience to a whole new level. ASUS did not solely focus on the upgrade and improvement of the phone itself, but by partnering with the game developers and building a relationship with the gamers themselves, they will get a better feel as to what else they will be able to provide for the end-users to deliver a better gaming experience. I’m personally hyped and excited on what ASUS will have in store for us gamers in the future. 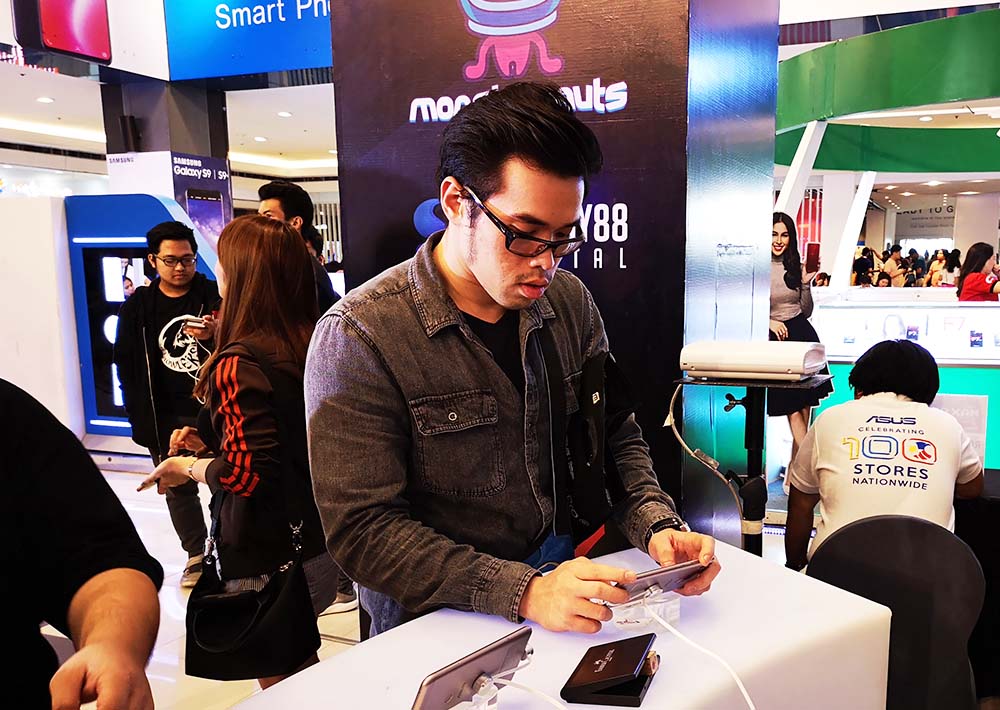 As someone who enjoys playing video games – be it via console, computer, or mobile, a recurring challenge for me when it comes to mobile gaming is the battery duration. Often times, my phone’s battery ends up drained after playing for a few hours. This has been the challenge for most phones nowadays: How can battery life be extended, without compromising the quality of gameplay. ASUS Zenfone Max Pro did just that with 5000mAh worth of battery storage with 4GB and Qualcomm Snapdragon 636 processor. You might also think, the phone would appear bulky due to the huge battery capacity, we beg to disagree. Zenfone Max Pro was actually slimmer than what we thought. We tried games like PUBG and Vainglory and ended up feeling satisfied with the smooth gameplay. No lag means being able to bring your A-game! 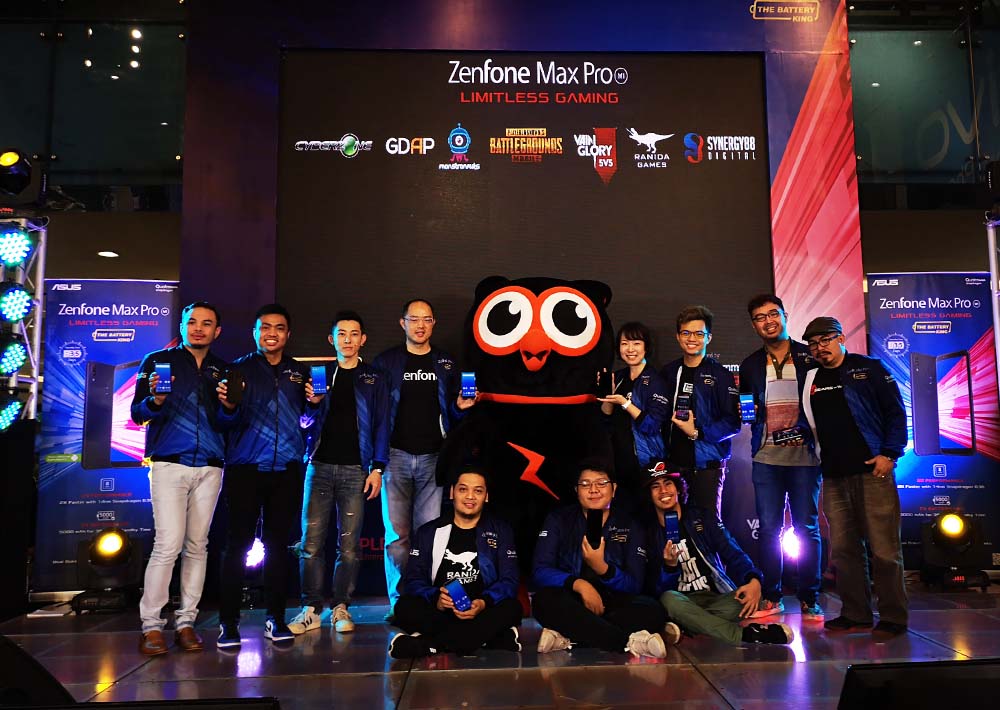