Our iconic Pinoy superhero is up and about once again! This time, it’s De La Salle College of St. Benilde’s Benilde Arts and Culture Cluster (BACC) who will be giving life to characters from Mars Ravelo’s Darna through a dance musical. 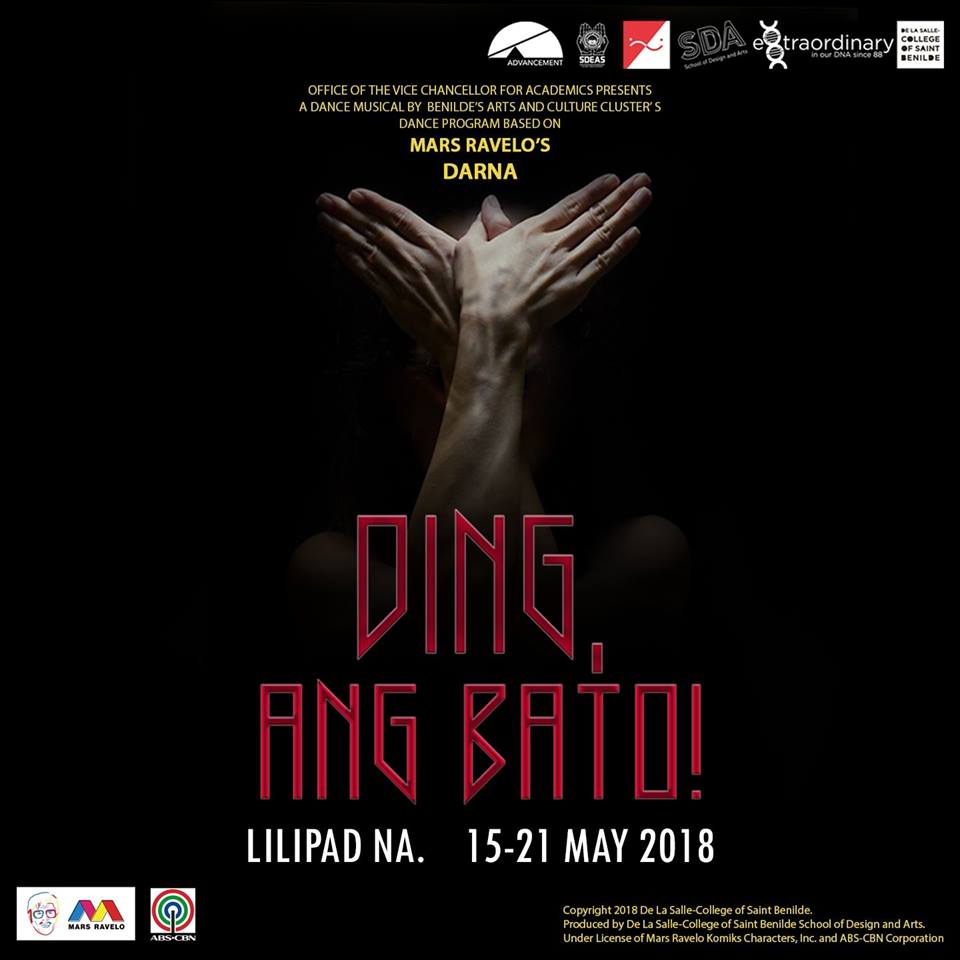 DING, ANG BATO!, a production of the Office of the Vice Chancellor for Academics and BACC, stars Benilde’s Dance Department Chair Christine Crame – reprising the role of Darna whom she first played in the Cultural Center of the Philippines’ production in 2003, and television/stage performer Natasha Cabrera as Valentina. 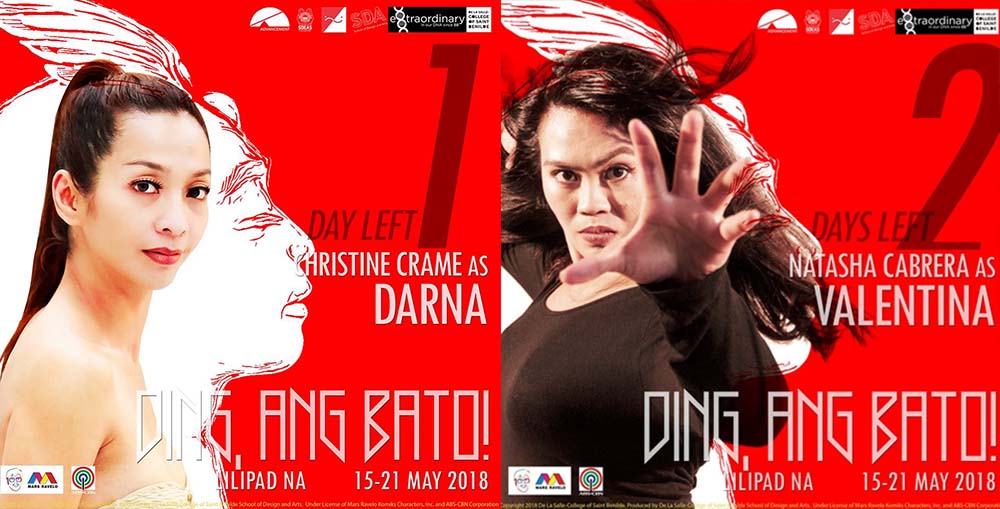 What’s it about? In this redux of Darna, the quintessential Filipina superheroine grapples with the serpent queen Valentina who used to be her childhood friend. Darna’s encounter with Valentina flings the two friends, now arch-enemies, into fantastic realms of urban dystopia that make them confront their brightest and darkest selves. The story is told from the point of view of Darna’s brother Ding, born deaf, who accompanies her in the journey of empowerment. This millennial version of Darna puts audiences right in the middle of a theatrical brew of original Pinoy pop culture, physical theater, sign language, dance, digital multimedia, and scenic design.

The BACC, Mars Ravelo Karakters, Inc., and ABS-CBN Corporation met with the creatives, cast, and crew as early as April to flesh out the finer points of the groundbreaking production and ensure that it reflects the true essence of Darna before its opening last May 14.

Rehearsals have likewise been in full swing, and the public got a glimpse of what to expect last April 26 through an exclusive Facebook Live by BBC Worldwide Services On their program Art Hour. The 30-minute feature highlighted the unique character of the production and the performers – including the Deaf dancers, who are an integral part of the musical. You can watch the preview here:

Catch Darna at 5/F SDA Theater, De La Salle – College of Saint Benilde School of Design and Arts Campus (950 Pablo Ocampo Street, Malate) until May 21, 2018, every 1 PM and 7 PM. Tickets are already available on Ticketworld for only P500. Seating is on a first-come, first-served basis.

For updates and inquiries, you may follow Ding, Ang Bato! on the following pages: