It has been a week since the launch of another high-end powerhouse from OPPO’s R series – the OPPO R17 Pro, but it looks like conversations about whether it’s deserving of its price range or not won’t be dying down soon. Manila Millennial got an early peek at this smartphone with 3-camera setup and SuperVOOC feature – an upgrade from the last model, but we had to hold our blog update until we have fully played around with the phone last Saturday (November 10).

While it is true that similar phones have processors that are better than a Snapdragon 710, the phone has other features that are worth noticing. So to answer commonly asked questions on why this has been pegged as a premium phone, we listed down 8 main features of the R17 Pro that has caused a boost in its price, compared to the typical price range of the brand: 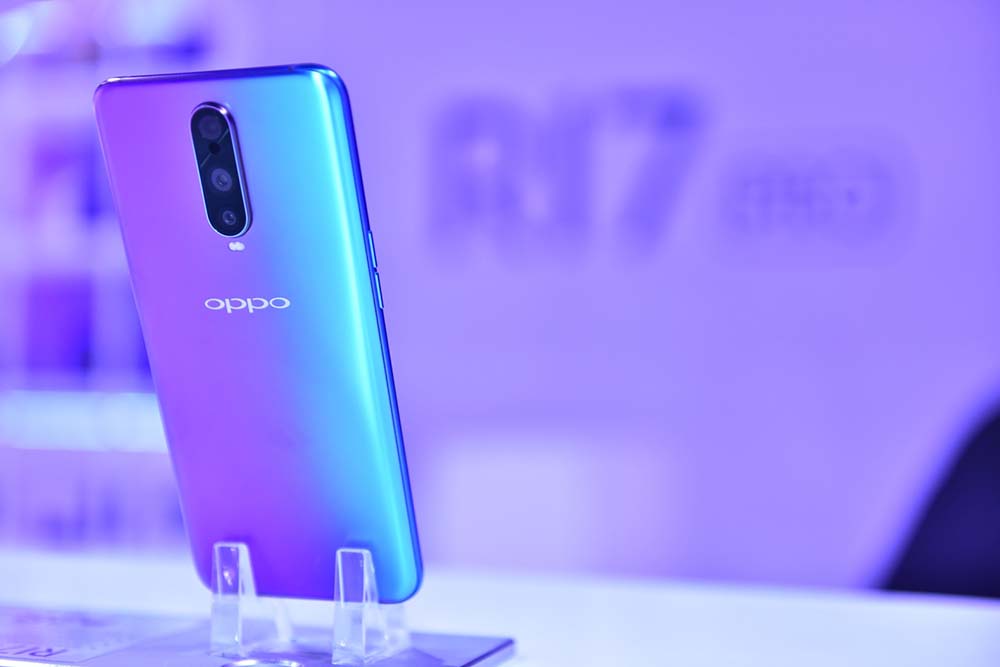 Aesthetics meets craftsmanship with the R17 Pro’s brand-new “three-color and bi/quad-direction” gradient design. Through adding a light-condensing layer, the R17 Pro’s misted glass casing allows light to flow on the surface of the device, demonstrating leading color aesthetics and innovation. The phone is only available in Radiant Mist color – an appealing combination of purple and blue that has different reflections depending on what angle is being hit by a light source. Unlike other glossy models, the R17 Pro is fingerprint-resistant (note that it’s “resistant”, not fingerprint-proof), so expect less fingerprint marks on the phone. 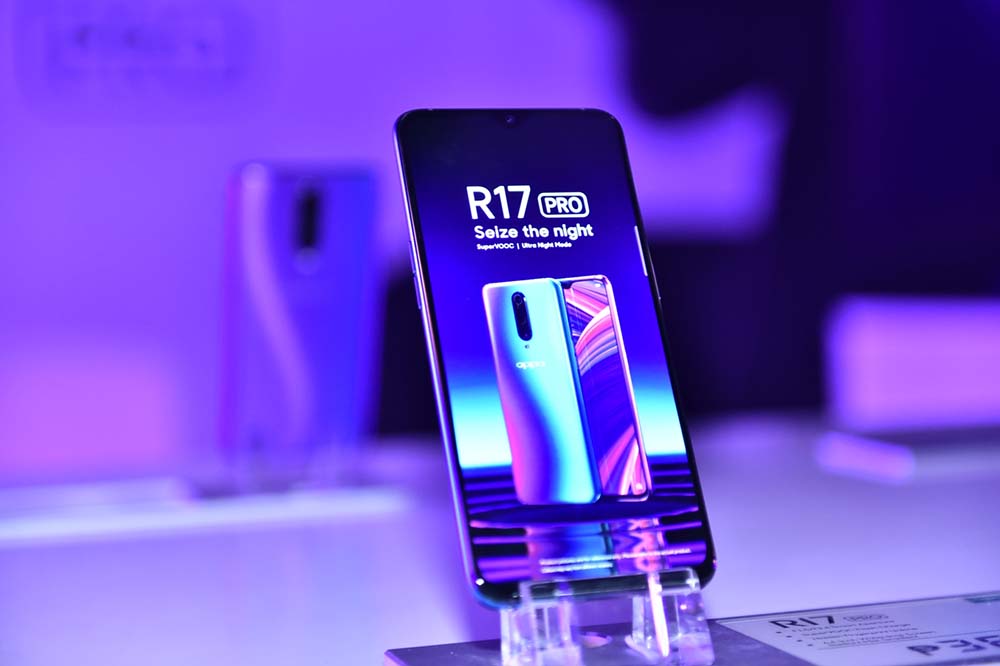 For a seamless experience, R17 Pro is the first ever to adopt a Corning® Gorilla® Glass 6 with 6.4 inches of screen and 91.5% screen-to-body ratio. This can withstand a drop from a one-meter height to a rough surface for an average of 15 times, doubled that of the Gorilla Glass 5 performance. Less worries for those who accidentally drop their phones often. 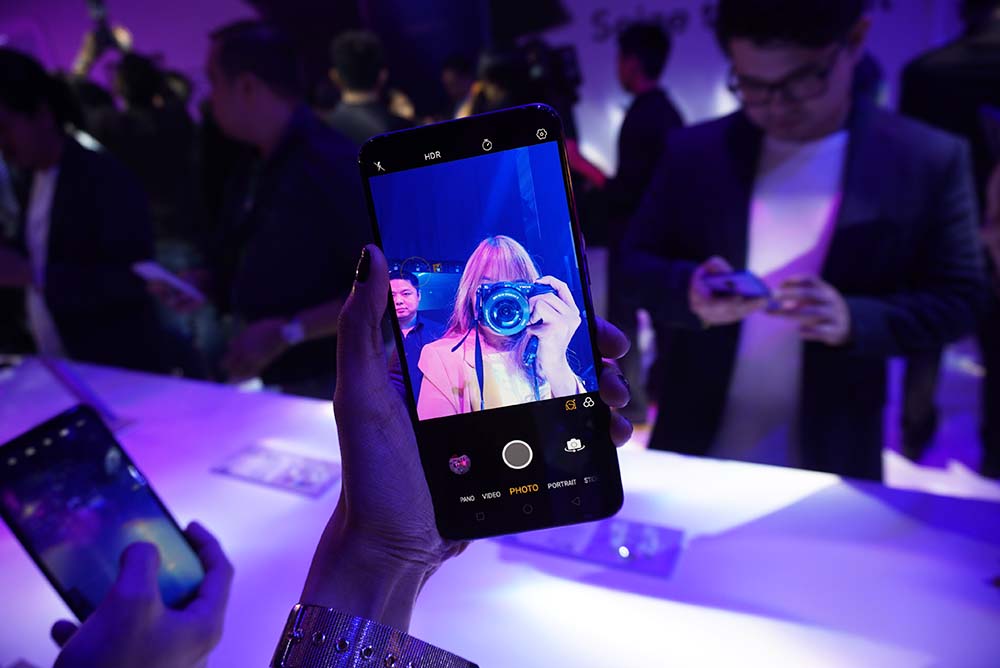 Here comes the special part: The R17 Pro uses a Sony IMX362 as its main camera, which has 12 MP with dual-pixel for quick and accurate focusing, and 1.4-micron pixels size and 1/2.55 sensor size, for brighter night shots and lower noise level. It also has a 25MP AI Front Camera to keep up with OPPO’s stand as a Selfie Expert. To help consumers “seize the night”, its entire hardware system has been designed for night photography.

When it comes to product technology, night shooting is one of the most common challenges in the smartphone industry. The R17 Pro upgrades both hardware and software, making it a smartphone especially designed for night shooting. The R17 Pro features a software-level AI Ultra-clear Engine that allows users to take high-quality night photos. The AI Ultra-clear Engine is OPPO’s unique image-enhancing technology that is able to break all hardware limitations to maximize the image quality to produce amazing night shots.

It’s equipped with a variable smart aperture of f1.5/f2.4 which can automatically adjust to the lighting conditions making images sharper and clearer in both bright and low light situations. The R17 Pro has OIS (Optical Image Stabilization), which can stabilize images and guarantee a longer exposure time to brighten night-time photography, especially with a 7P lens module. The combination of these two features further heightens precision in night-time photography. The R17 Pro also features TOF 3D camera, upgrading the camera from 2D to 3D and featuring users’ functions like 3D photos, somatosensory games, AR ruler, and more. TOF stands for Time of Flight – a range-imaging system that can measure the distance and play of light between the camera and the subject for each point of the image. 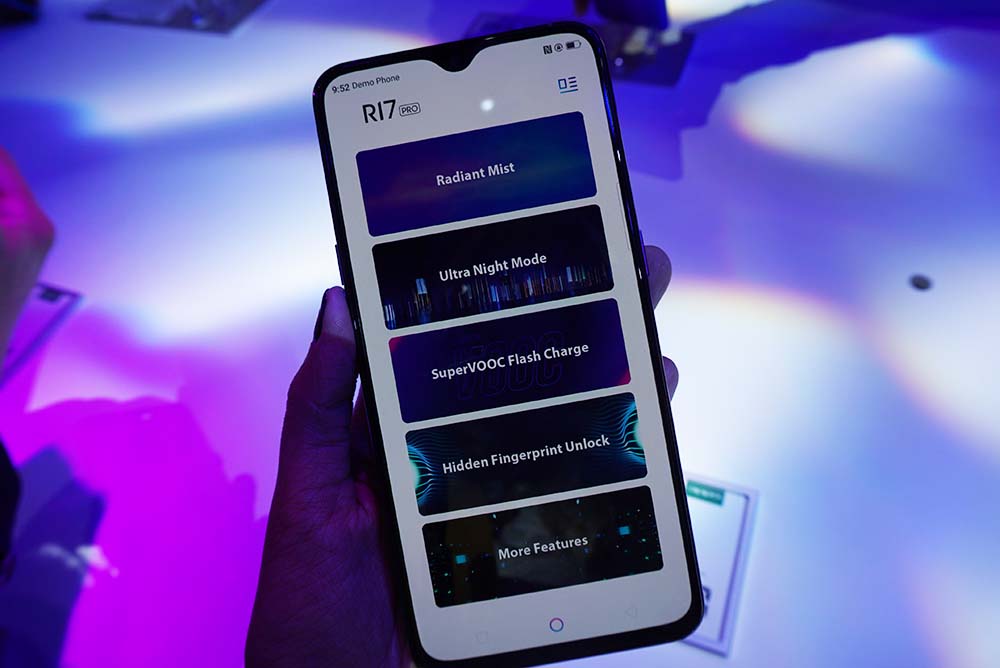 Check out the special features of this phone!

The strong Corning Gorilla Glass conceals a fingerprint sensor that can easily detect movements and marks. The hidden fingerprint unlock automatically lights up and you can also customize its look to your liking. It recognizes fingerprints quickly and you can still choose other security functions, in case you won’t feel like using this feature. 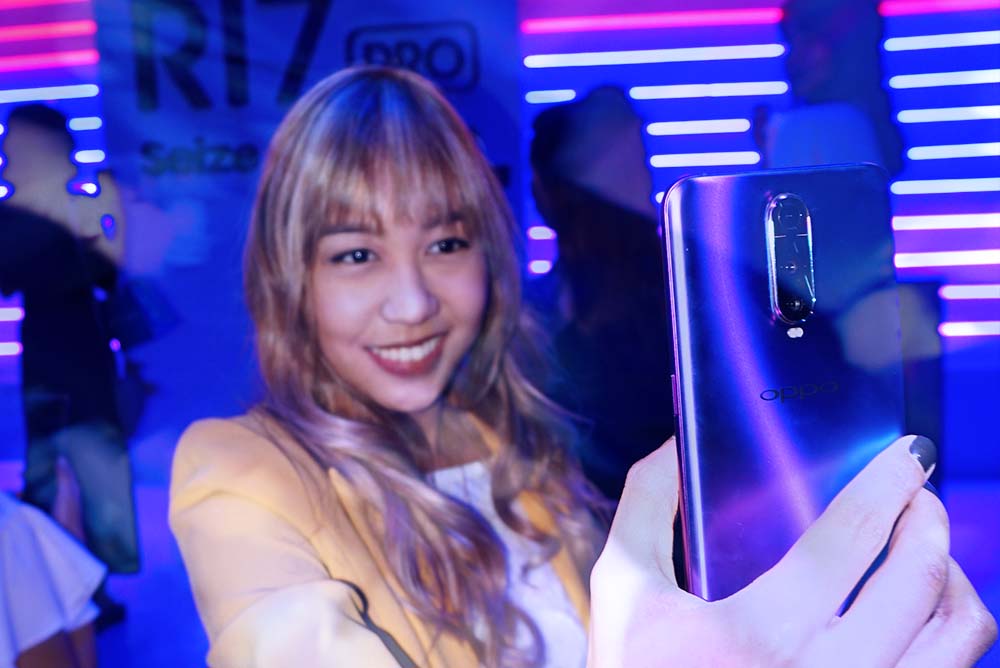 Never run out of battery while taking loads of photos and selfies with the R17 Pro’s batteries and SuperVOOC charging.

Remember how the OPPO F9 was marketed as a phone that can have enough juice for 2 hours of talk time within 5 minutes of charging? The R17 Pro carries a leveled-up battery with SuperVOOC flash charging technology (just like the premium model OPPO Find X), allowing users to enjoy safe and efficient charging. It has TWO batteries (2x1850mAh) for long-lasting power and it can charge up to 40 percent in only 10 minutes! No exaggerations included, we were already able to charge it to 100 percent within just 45 minutes. 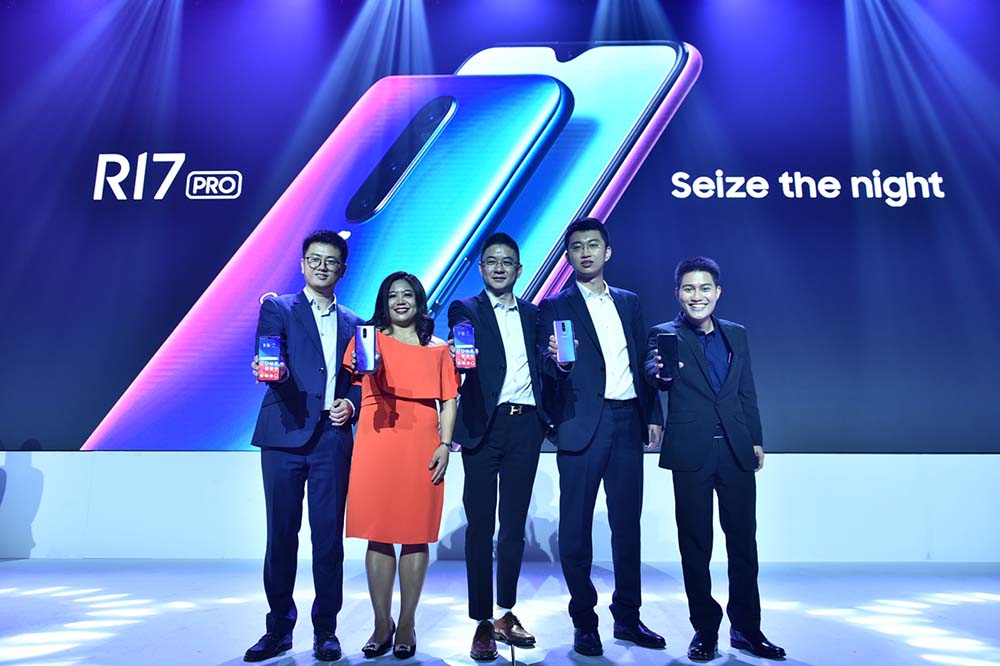 “Launching OPPO R17 Pro to the Philippine market is a great milestone for us. We’ve been very excited about introducing the model as the first in our legendary R Series. R17 Pro signifies OPPO’s transformation of fully expanding in the high-end smartphone market. With its theme  ‘Seize the Night’, the R17 Pro aims to bring new technological power and possibilities to the aspirational and energetic community,” said Jane Wan, OPPO Philippines’ VP for Marketing. “With the launch of R Series adding to our product portfolio, we look forward to bringing OPPO’s technology for more consumers to enjoy.”

What do you think? Are these worthy of its price? Let us know by commenting under Manila Millennial‘sposts on Facebook, Twitter, and Instagram. For more details about the latest OPPO phones, visit: