After a successful first season in 2017, which brought together the legends and rising stars of Original Pinoy Music (OPM), Coke Studio is back this year with a second season that aims to give OPM a new home at Coke Studio Homecoming. However, the roster isn’t the same as it was before. This year’s lineup became more exciting with the brand’s very first spoken-word artist and DJ on board!

Manila Millennial attended the launch of Coke Studio Homecoming last Saturday (September 1, 2018) at the World Trade Center Manila, together with fans of different bands who availed their ticket for #OPMysteryGig. Only a few were given first dibs on the real name of the concert, so this surprised many fans who didn’t expect to see a lot of Pinoy artists performing on stage for FREE. 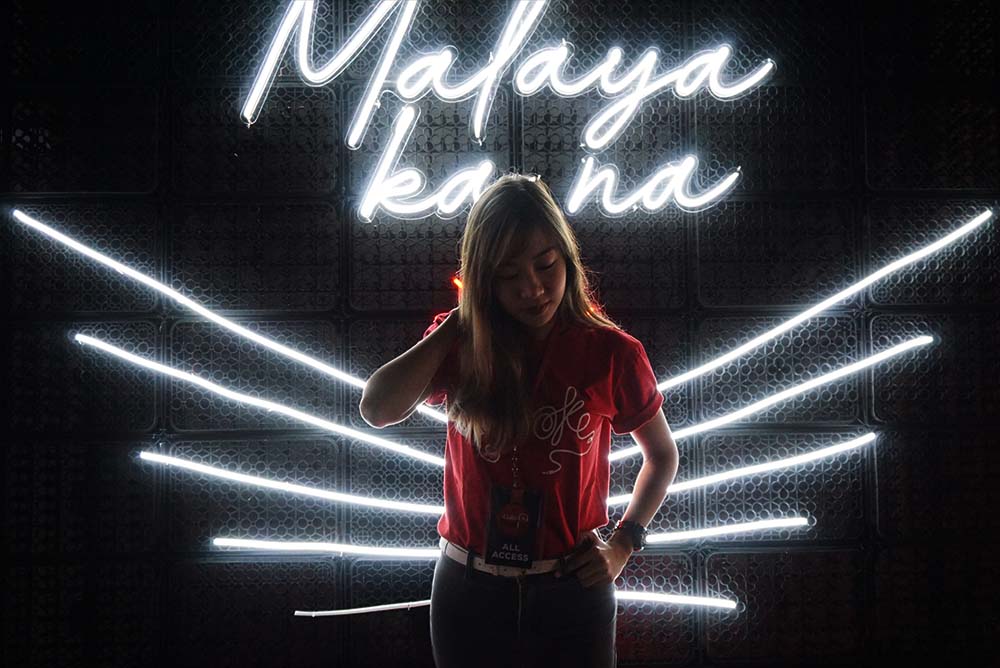 Enjoying the LED lyrics board scattered around the venue.

We’re so excited to see all Coke Studio surprises this year and we’re sure you also are, so we’re sharing 5 of the newsworthy updates that have been revealed at the event: 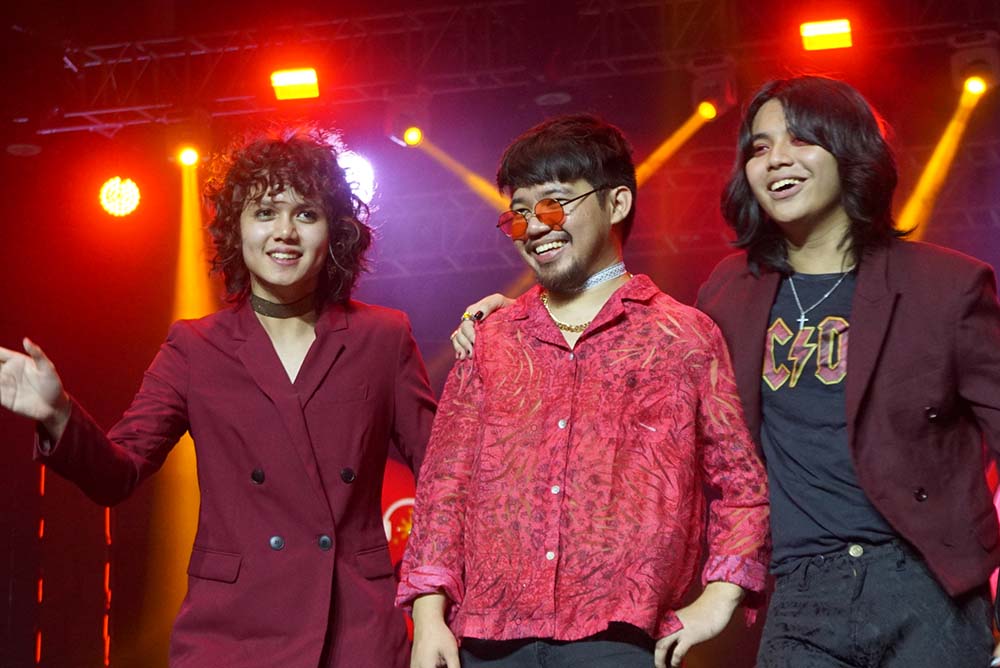 IV of Spades: 3-piece funk-rock band who is very popular for their songs with disco vibes. They’re behind the songs Mundo, Hey Barbara and Where Have You Been My Disco?. 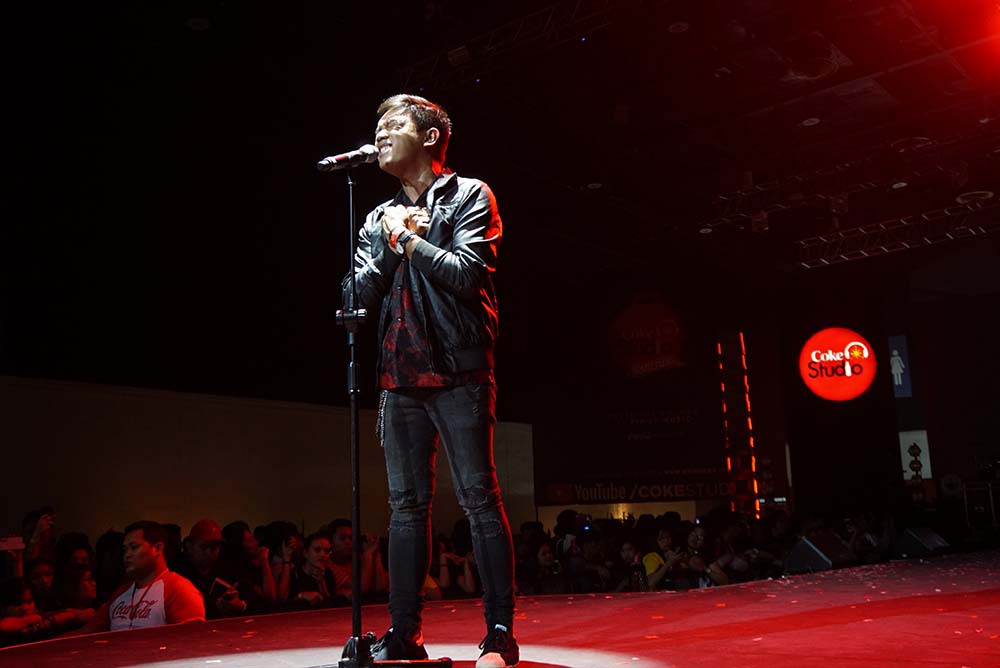 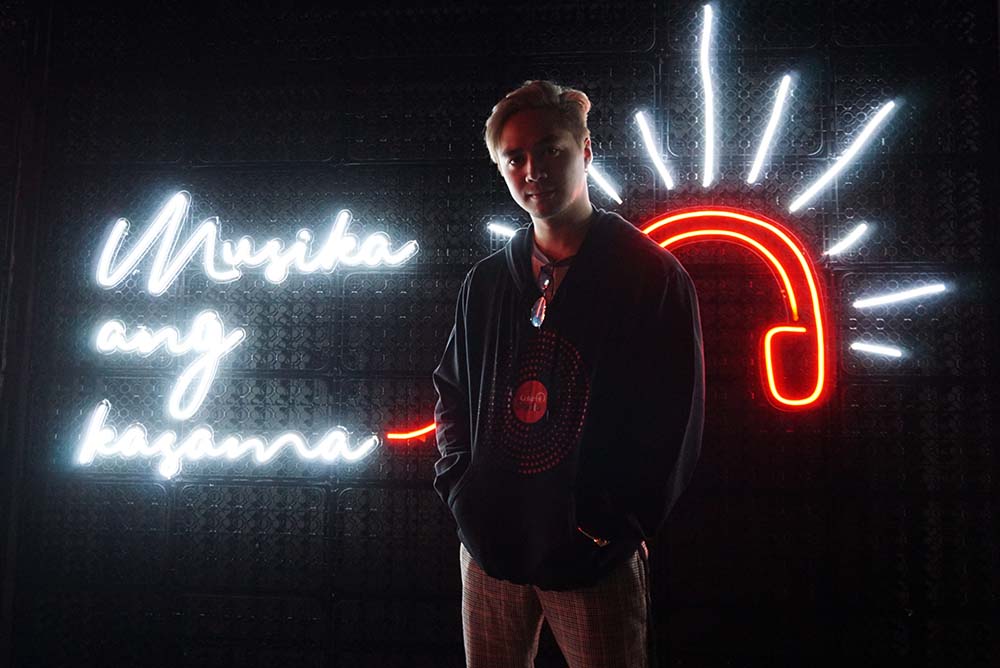 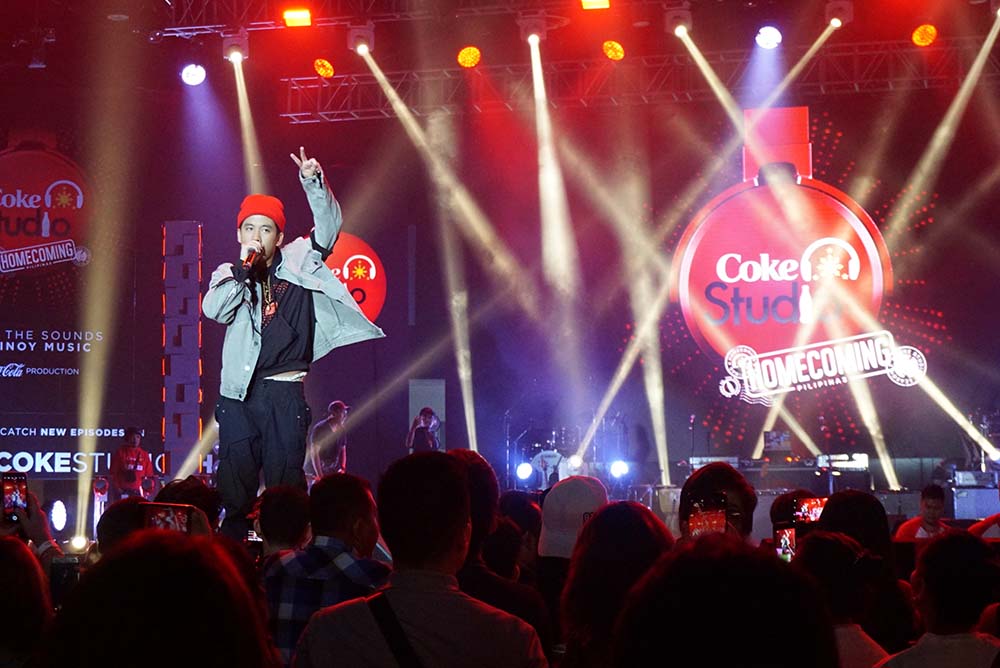 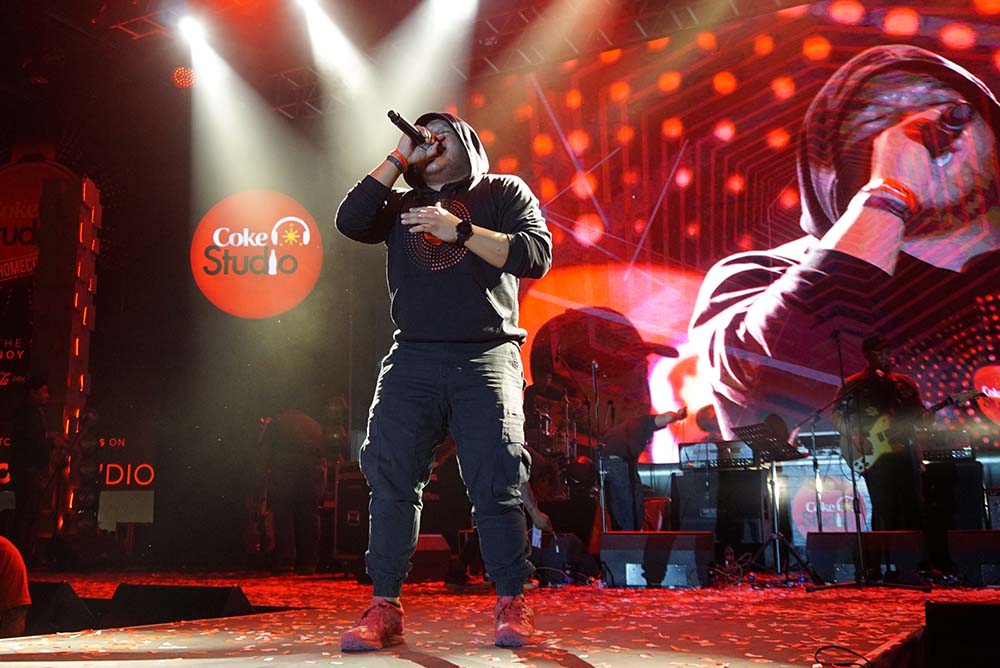 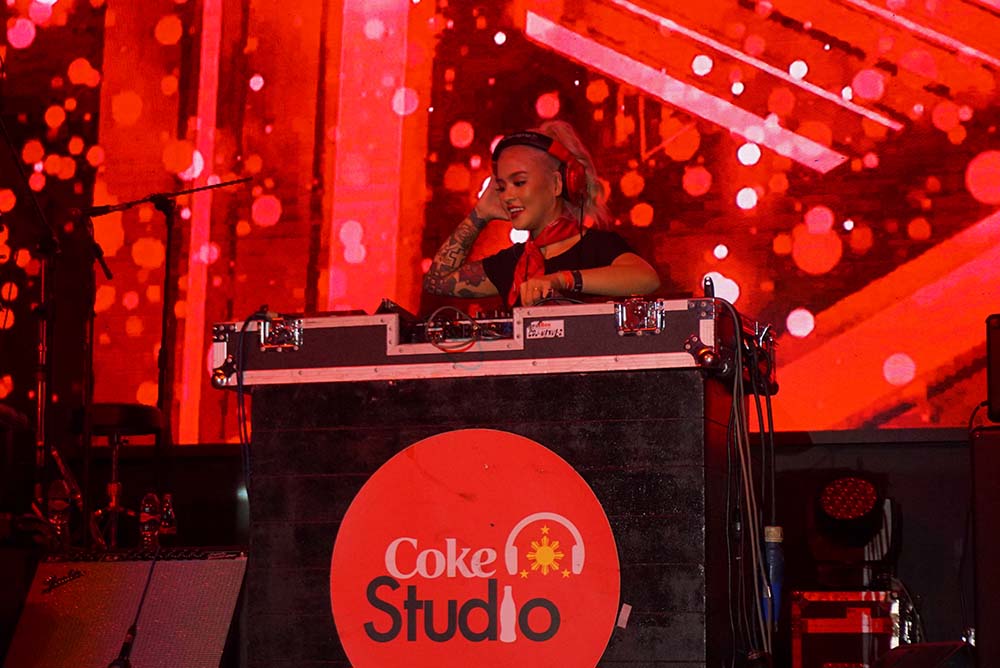 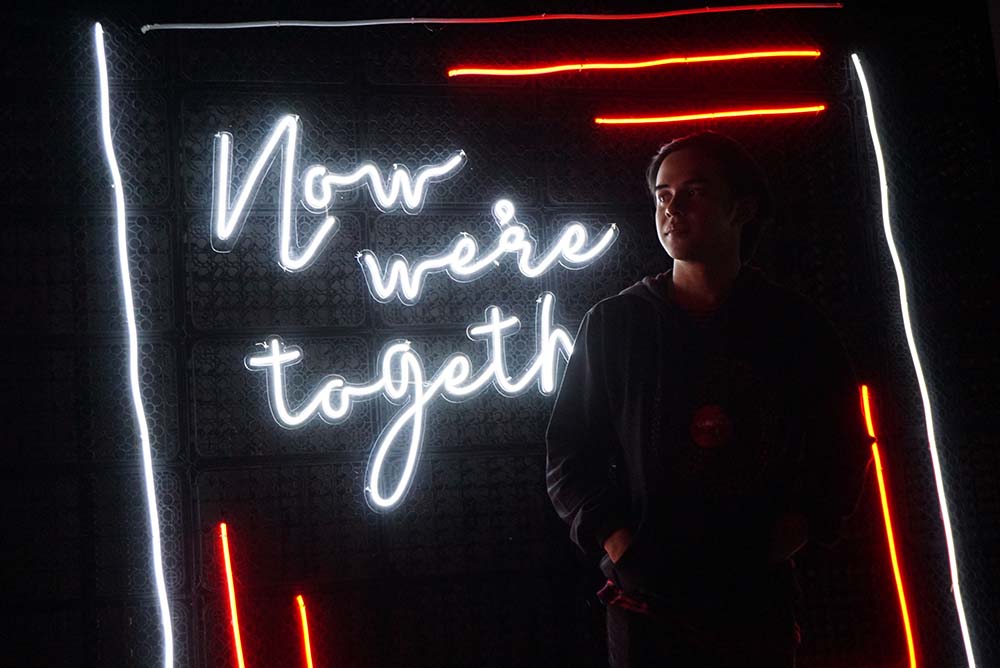 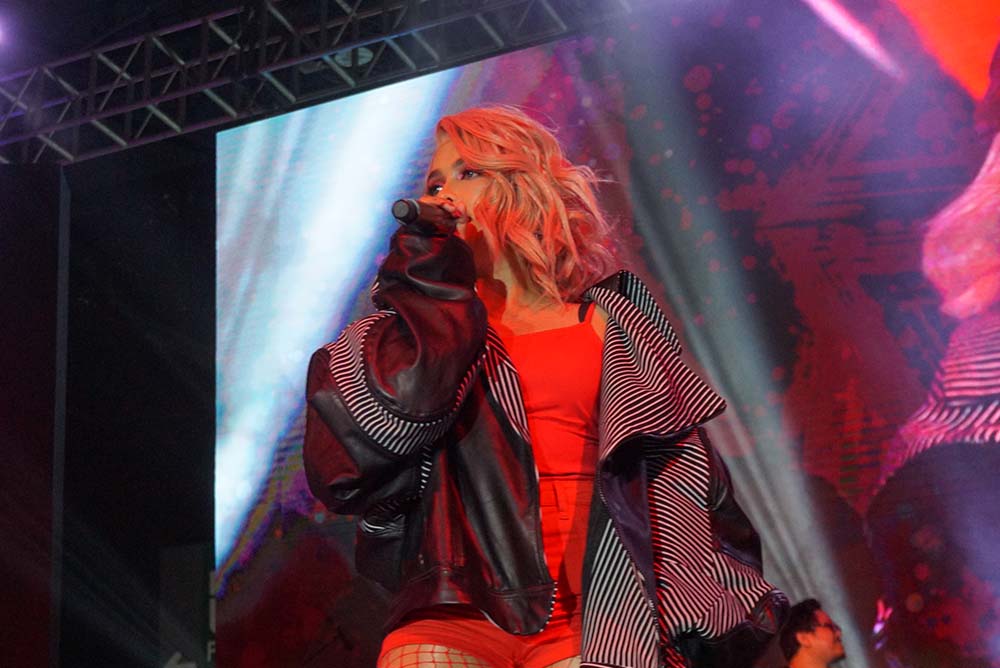 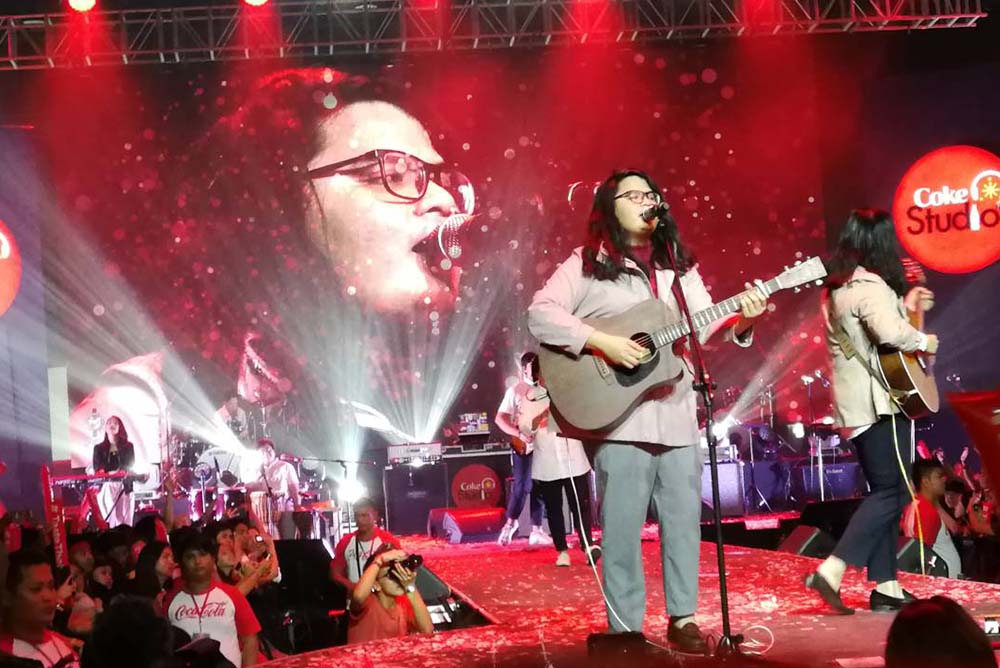 The following were not able to join the launch, but we’ll be seeing them more on ABS-CBN and Coke Studio’s YouTube Channel: 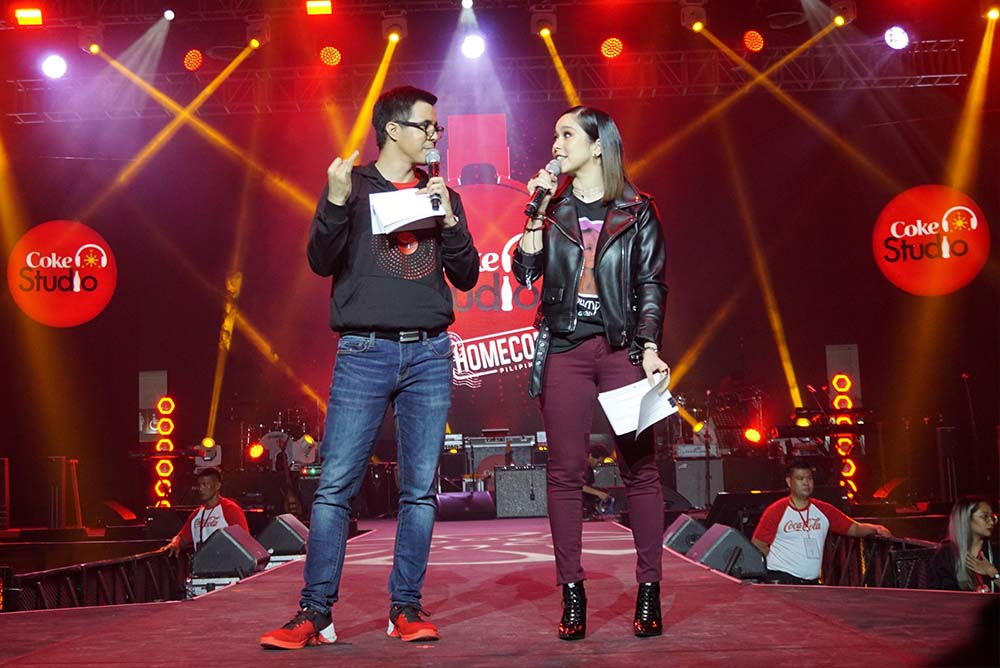 Coke Studio Season 2 will be hosted by no other than Saab Magalona! At the launch, she was joined by Justin Quirino.

Catch the first out of 7 episodes of Coke Studio Season 2 on September 16, 11:15 AM via ABS-CBN or via youtube.com/CokeStudioPH, where this season’s artists will be paired up to create new songs based on their respective genres. 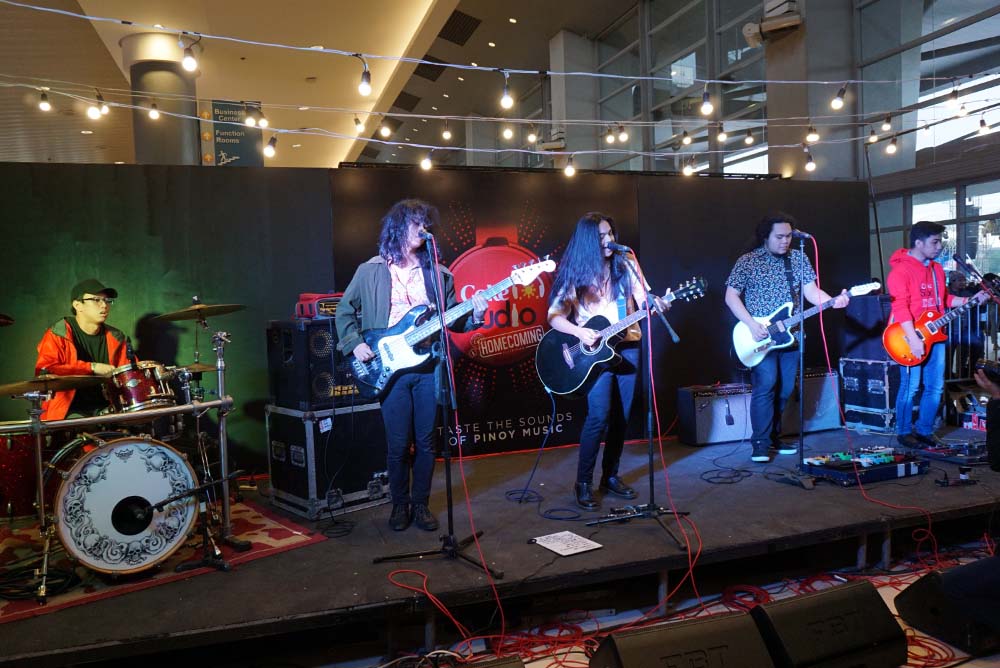 Remember how the Coke Studio Season 1 artist joined festivals and school events while onboard the Coke Studio truck? Season 2 artists will be heading the road this time with games, booths, Coke Studio swag, free Coke, and more OPM music! 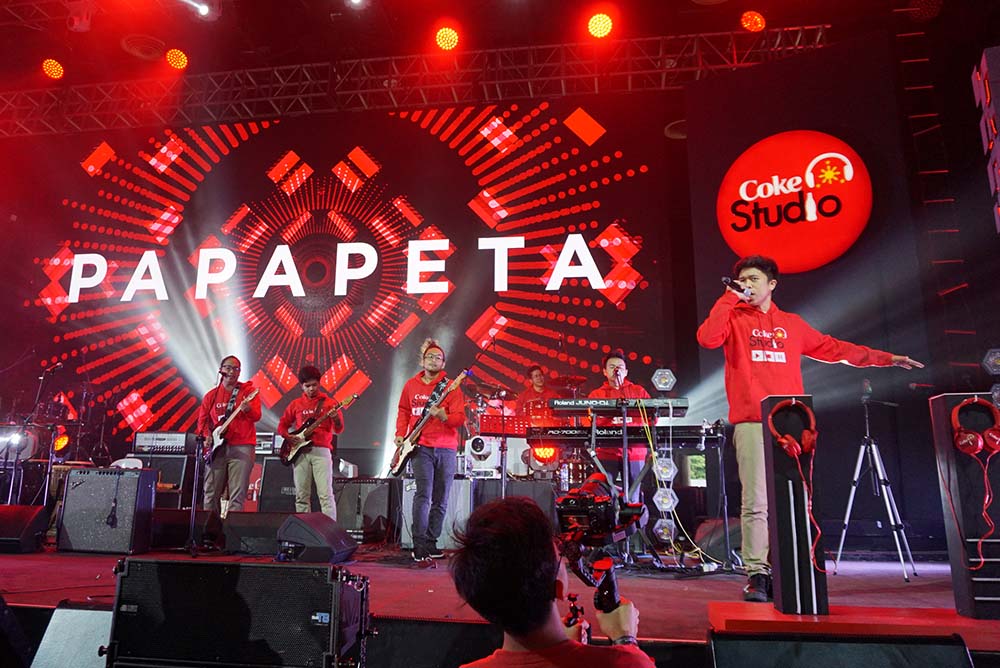 Papapeta – another local band that we’re expecting to be discovered on a wider scale!

4. More ways to help the environment 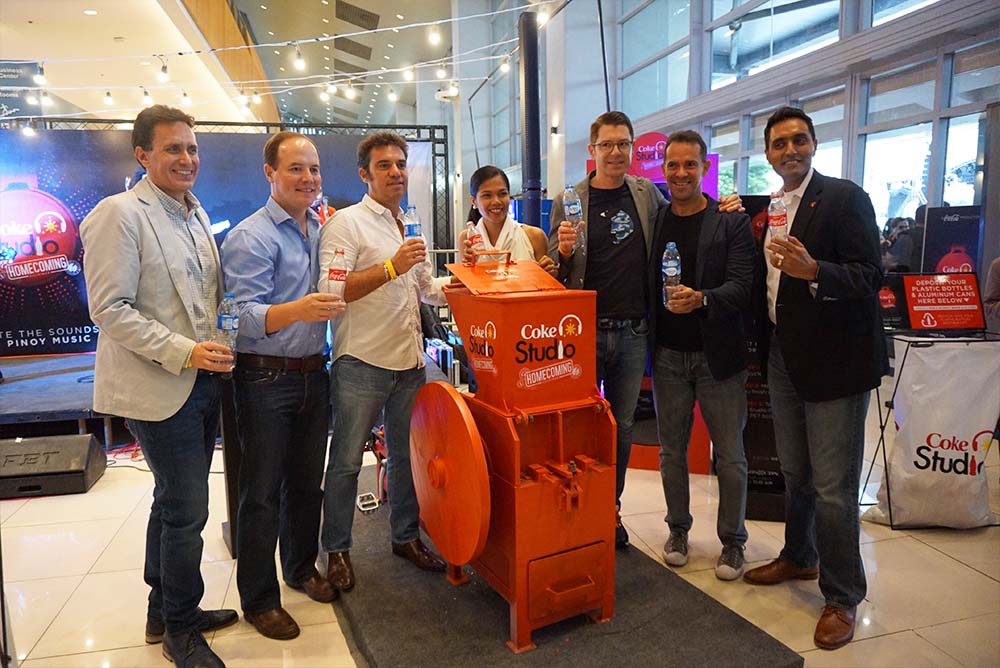 World Without Waste initiative through the The Coke Studio Tune Cycle.

While uniting teens through music, Coca-Cola takes it a step further by enabling concertgoers to do their part for a greater cause. During all Coke Studio events, Coca-Cola encourages teens to deposit their PET bottles in designated recycling bins and in The Coke Studio Tune Cycle, a stationary bicycle that grinds PET bottles. These ground PET bottles will be turned into eco-bricks and will be donated under the company’s World Without Waste project. 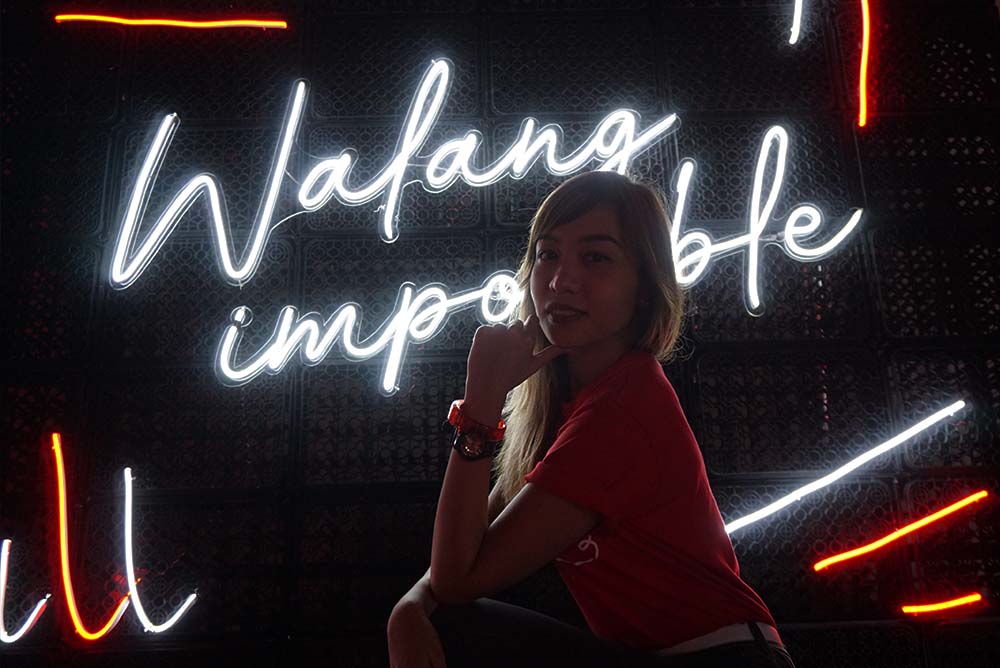 Walang imposible. We’re thinking of the biggest names that Coke Studio can bring here in the Philippines!

Who else will be coming home? The 14th artist hasn’t been revealed yet but we’ll be on the lookout for the grand revelation on November 18. An episode featuring all the highlights will be aired on November 4, while the much-awaited Coke Christmas Song will be released on December 2. Seems like a music-filled Christmas to me!

Thank you to COCA-COLA Philippines for making this happen. Have you met their awesome Vice President for Marketing? Meet Stephan Czypionka who was “millennial” enough to pose for a photo for the website: 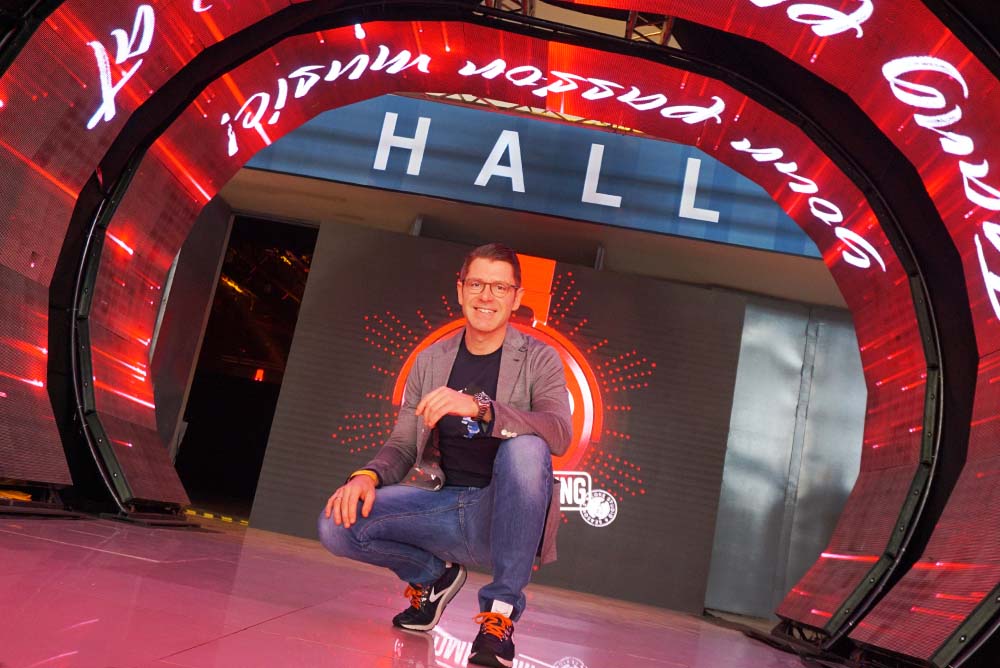 Are you looking forward to listen to the new songs and watch this season’s artists perform? Share your thoughts and feel free to look at more photos that we’ve uploaded on Manila Millennial’s pages — Facebook, Twitter, and Instagram. For instant updates about the schedule of concerts and road shows, visit: 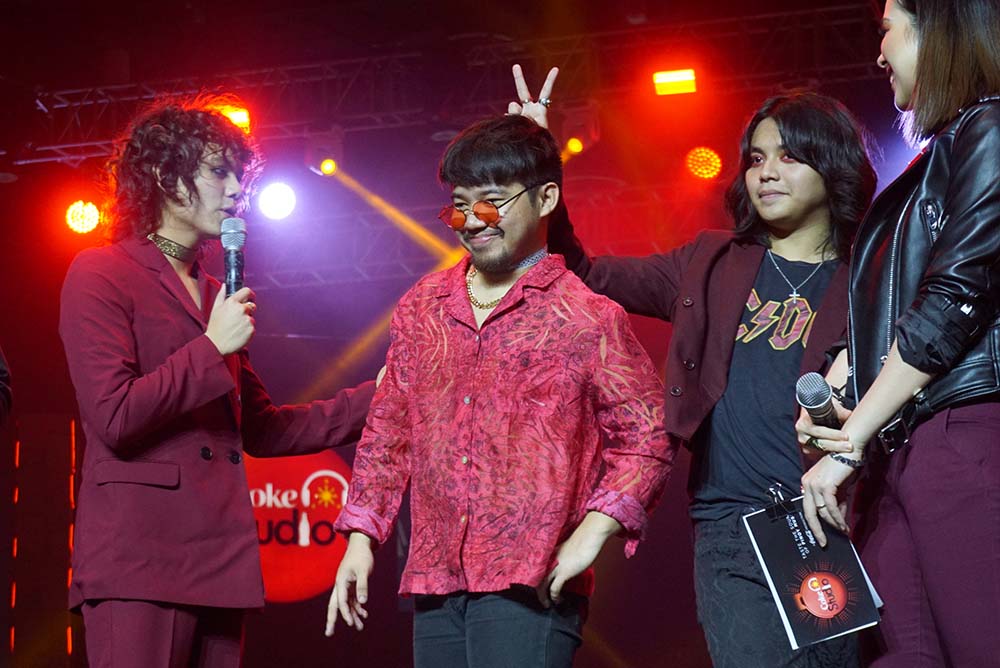 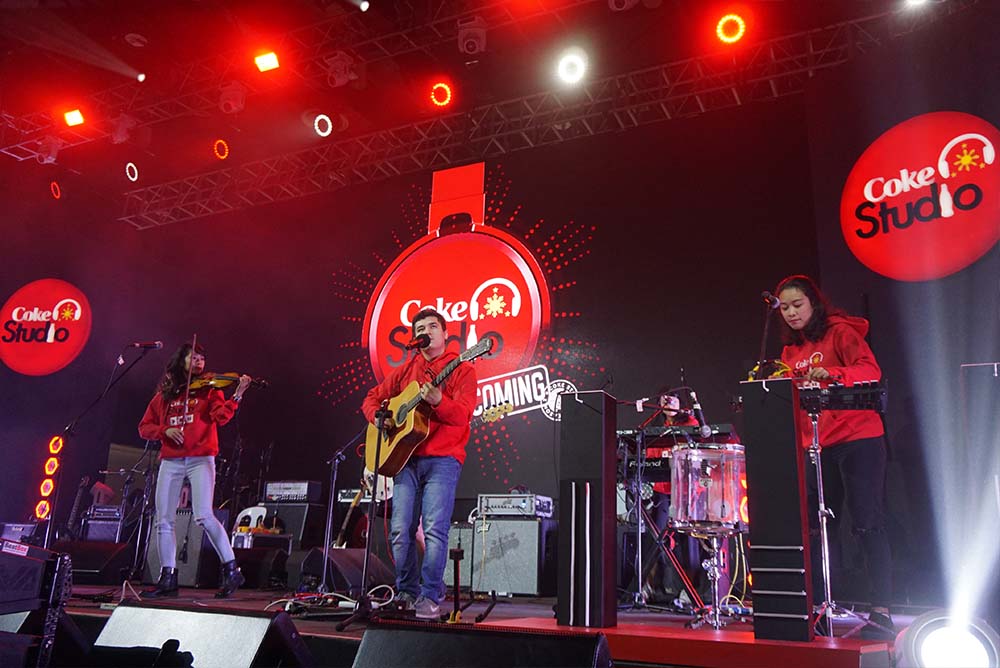 P.S. We’ll miss seeing The Ransom Collective, but I’m sure we’ll still hear more songs from them outside Coke Studio.