When you see the 501st Legion, Bagong Pag-Asa Base, and Rebel Legion come in full force at an event, you know that you’re in for a spectacular treat! That’s exactly what welcomed moviegoers during the special screening of Lucas Films’ Solo: A Star Wars Story at Ayala Malls Cinemas. Together with The Walt Disney Studios Company Philippines, 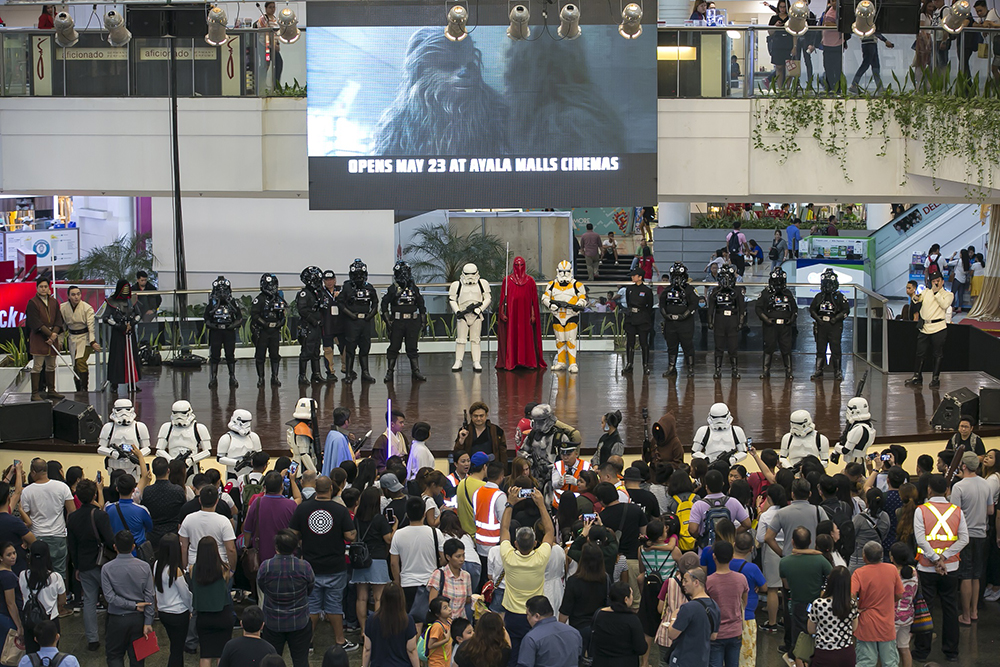 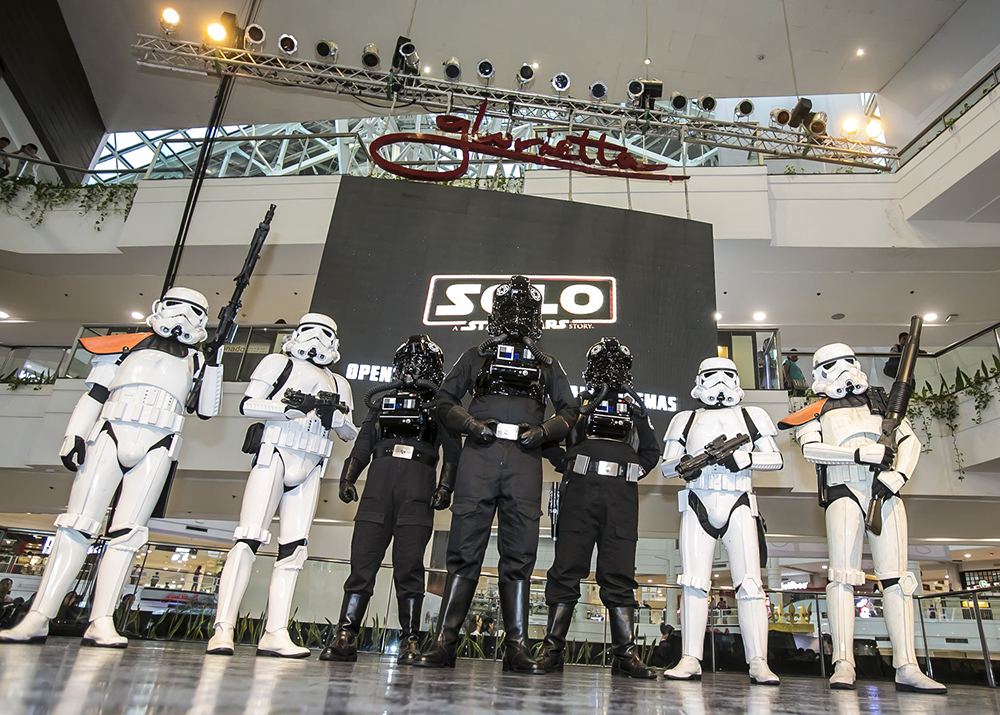 Following the parade of Star Wars characters at the atrium of Glorietta Activity Center and the countless photo ops, Chewbacca’s 7.4-ft statue was finally unveiled at the cinema lobby just in time for the movie’s release last May 23. 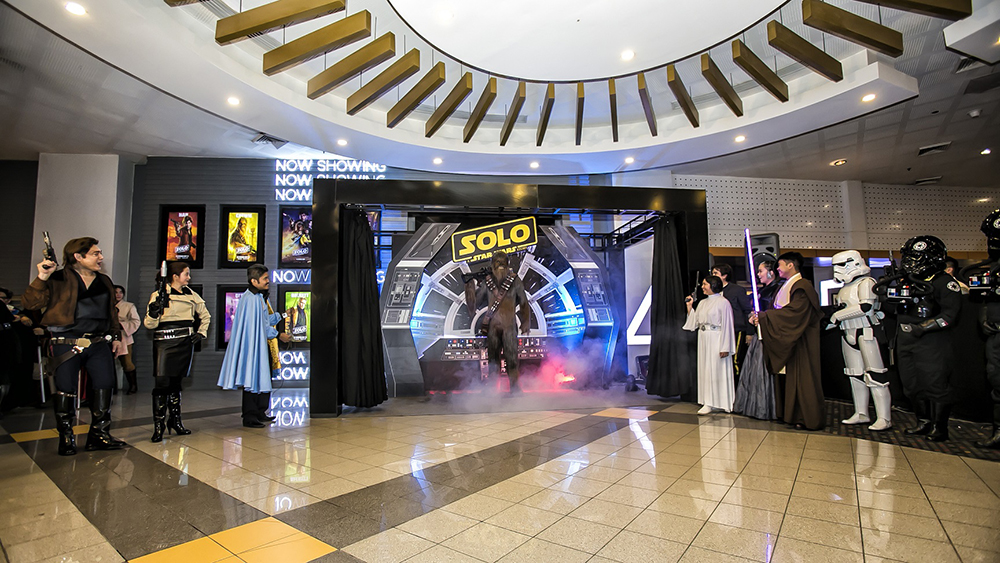 Of course, everyone wanted a photo with Chewie! 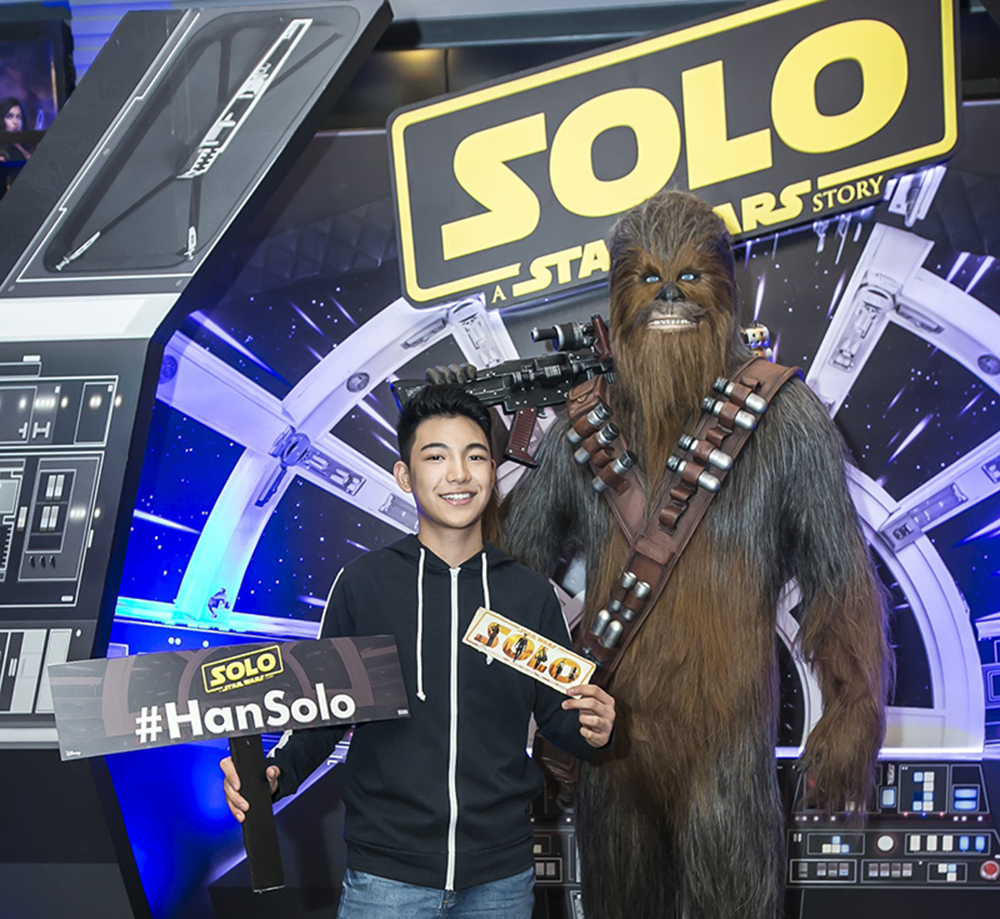 Darren Espanto with Chewbacca during the special screening of ‘Solo: A Star Wars Story’ at Ayala Malls Cinemas.

Solo: A Star Wars Story brings the audience aboard the Millennium Falcon and to a never-seen-before journey to a galaxy far, far away with the most beloved scoundrels in the galaxy. Through a series of daring escapades deep within a dark and dangerous criminal underworld, Han Solo (played by Alden Ehrenreich) meets his mighty future co-pilot Chewbacca (Joonas Suotamo) and encounters the notorious gambler Lando Calrissian (Donald Glover), in an out-of-this-world adventure that will set the course of one of the Star Wars saga’s most unlikely heroes.

In case you missed it, you can watch the trailer here: