Zombie, werewolves, and vampires — the big three when it comes to mythical beings that are depicted in both movies and series. What about mermaids? How often get to see them in action in their mythological half-human, half-fish state which lures sailors into their untimely death? We’ve been fed with stories about them having long flowy hair, ready to save sailors in distress on stormy seas, waiting to have feet of their own just to be with the one they “love” to the point that most of us have already forgotten how vicious they supposedly are.

If fragile and peaceful types of mermaids are already too boring for you, then you are in for a treat as we follow the story of a mysterious girl name Ryn (played by Belgian actress Eline Powell) in the upcoming American drama series called Siren. 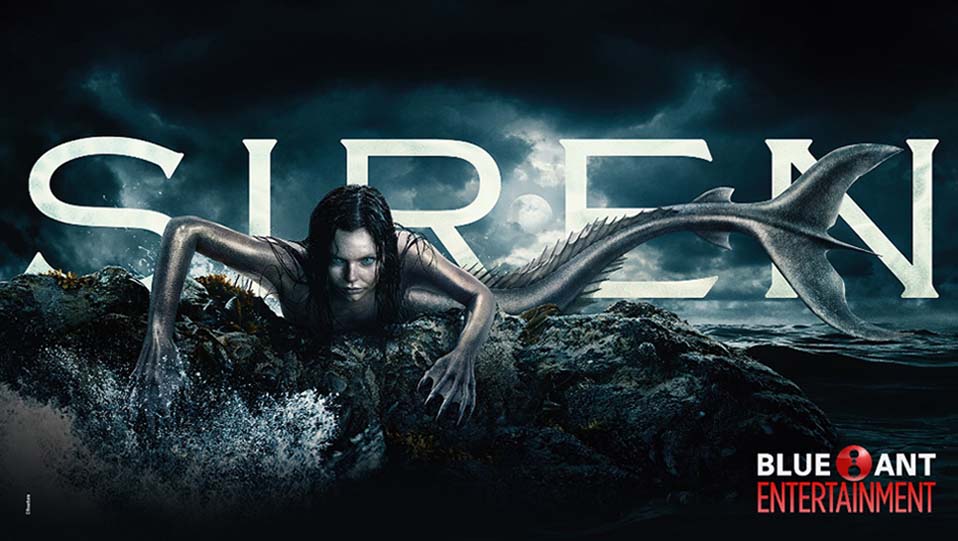 We were lucky to be invited by Blue Ant Entertainment to the advance screening of Siren last Wednesday (May 23, 2018). After the sneak peek of the first two episodes, here’s our first impression and a few reasons why it’s something worth adding to our To-watch list. But first, let’s look into the definition and anatomy of a SIren: 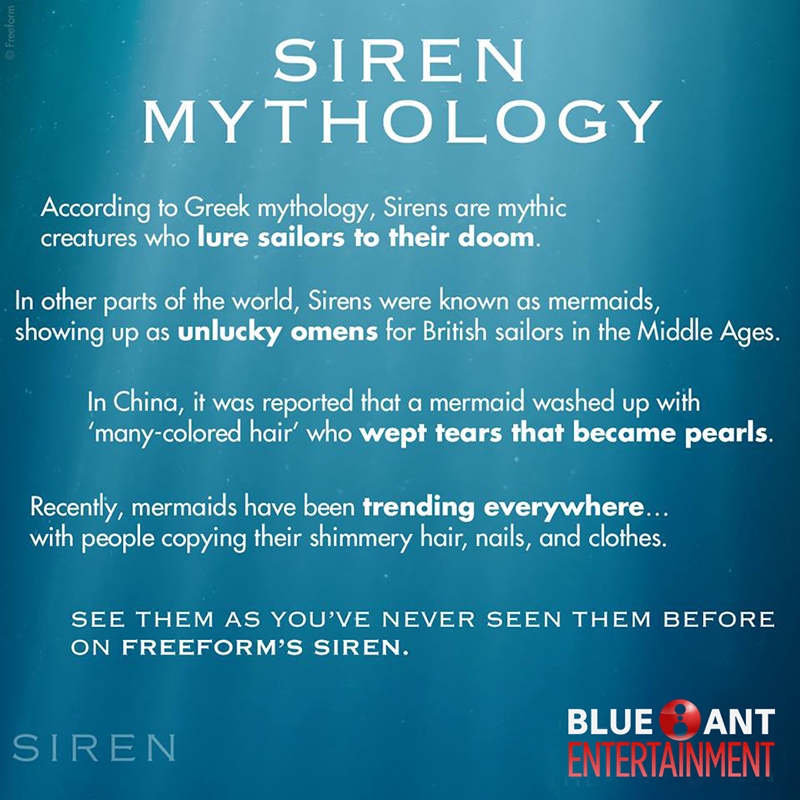 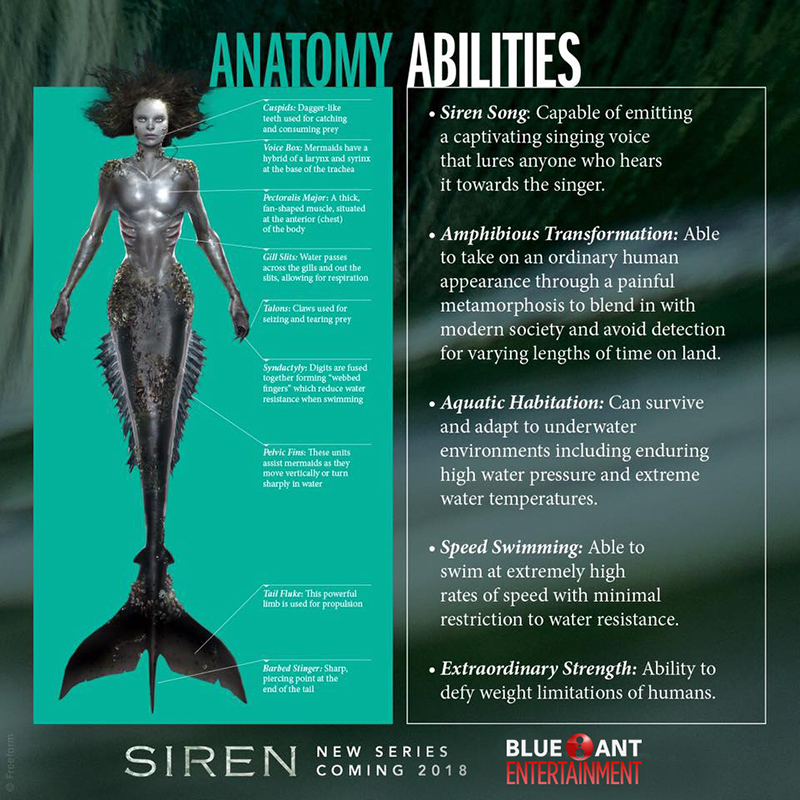 Legend has it that the Pacific Northwest town of Bristol Cove was once home to mermaids. Now this coastal town has a mysterious new visitor named Ryn, who may just prove that all of the stories are true. Ryn catches the eye of local marine biologist Ben Pownall (Alex Roe), and when he begins to show interest, fellow marine biologist Maddie Bishop (Fola Evans-Akingbola) becomes suspicious.

Others in town, like deep sea fisherman Xander Mcclure, are on a quest to discover the truth, as town eccentric Helen Hawkins (Rena Owen) observes even though knows more about the mysterious creatures than she lets on. The battle between man and sea takes a dangerous route as these predators seek to claim their birth right. 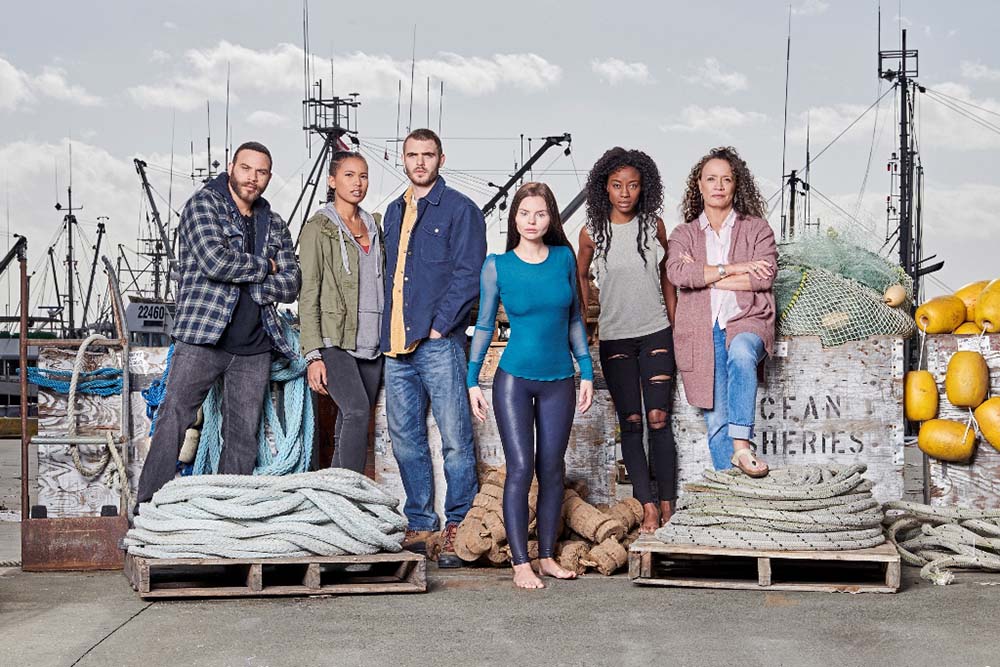 Our favorite part about Siren would be its main character Ryn. Not all main characters are as likeable as her. After just watching a few episodes, we can’t stop thinking what she would do in the next ones to come. It’s Ryn’s personality and character that made her so enchanting. Her deep and curious gaze will also make you wonder what is on her mind. She also reminds me of Stitch, the little blue destructive alien koala from Disney’s Lilo & Stitch, I’m pretty sure you’ll see the resemblance as soon as you see her on screen. Although she is a predator by nature, there is more than meets the eye than just seeing her and her kind as “evil”, and that is for us to find out. 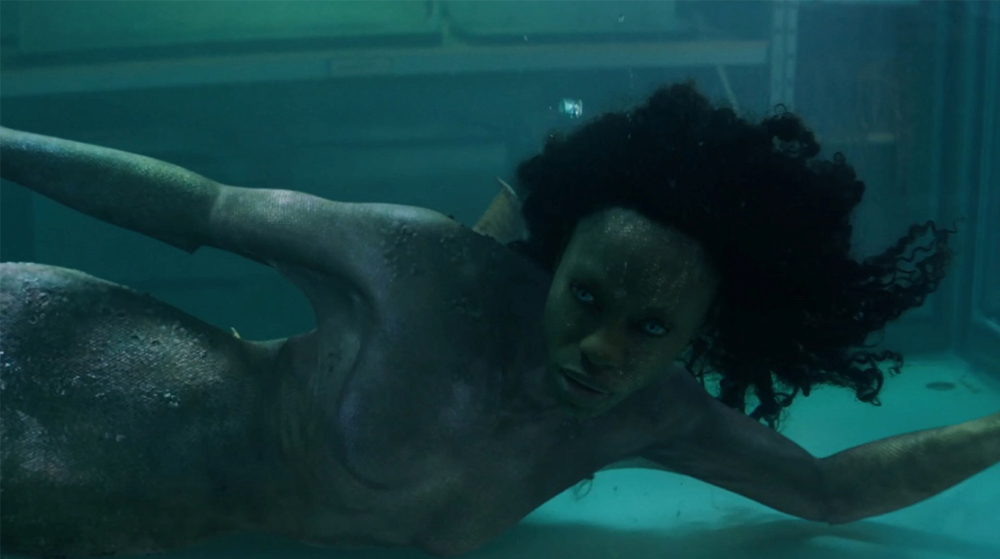 Overall, Siren is a heartwarming series that does not fall short in terms of action, and even comedy. It’s both light and dark with just the right balance to each side. We can’t wait for the official premiere on June 4, 9:45pm on Blue Ant Entertainment, available on SKYcable channels 53 (SD) and 196 (HD), SKYdirect channel 35, Destiny Cable channel 53, and Cablelink channels 37 (SD) and 313 (HD)! 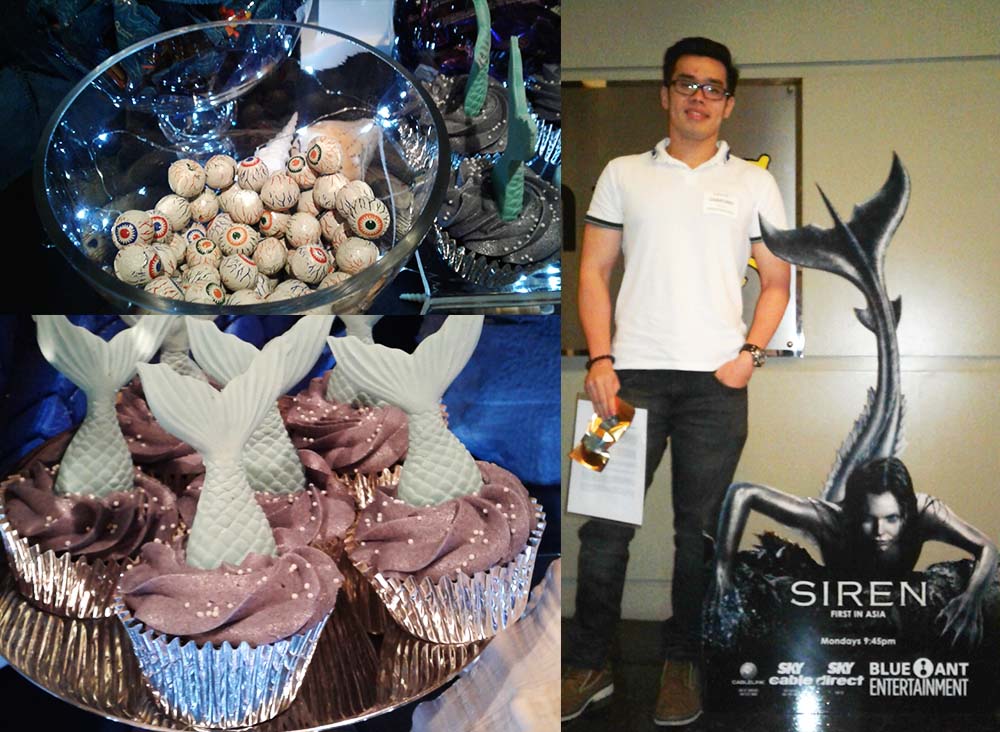 Millennial Correspondent Osmond Chua at the advance screening of ‘Siren’ at Greenbelt My Cinema.