Mastering the art of craftsmanship takes years and maybe even decades of constant practice. It’s all about improving aspects of your output every single time you can. This is what we’ve picked up after hearing about the journey of renowned Pinoy designers Kenneth Cobonpue and Michael Leyva, along with the executives of HP and Microsoft during the launch of the latest design in HP’s line of premium laptops – the HP Spectre X2.

Before we got a first look at the new hybrid detachable laptop at Okada Manila last March 22, these creative individuals shared insights on the art behind designing an ensemble – starting from scratch to finishing off with complementing aesthetics (a term that millennials really love). Just like how HP continuously develops better and more aesthetically-pleasing laptops over the years!

In fact, HP’s Country Business Unit Manager Kris Seville describes it as “a product that is a best of both worlds – a masterpiece in style and a masterpiece in performance. It’s a product of two devices when combined, it’s a masterpiece worth more than the sum of its parts.”

Since we know how a lot in our age group are after the versatility and uniqueness of products, let us take you through some of HP Spectre X2’s specifications that definitely give it #AHigherEdge than others:

A laptop and tablet in one 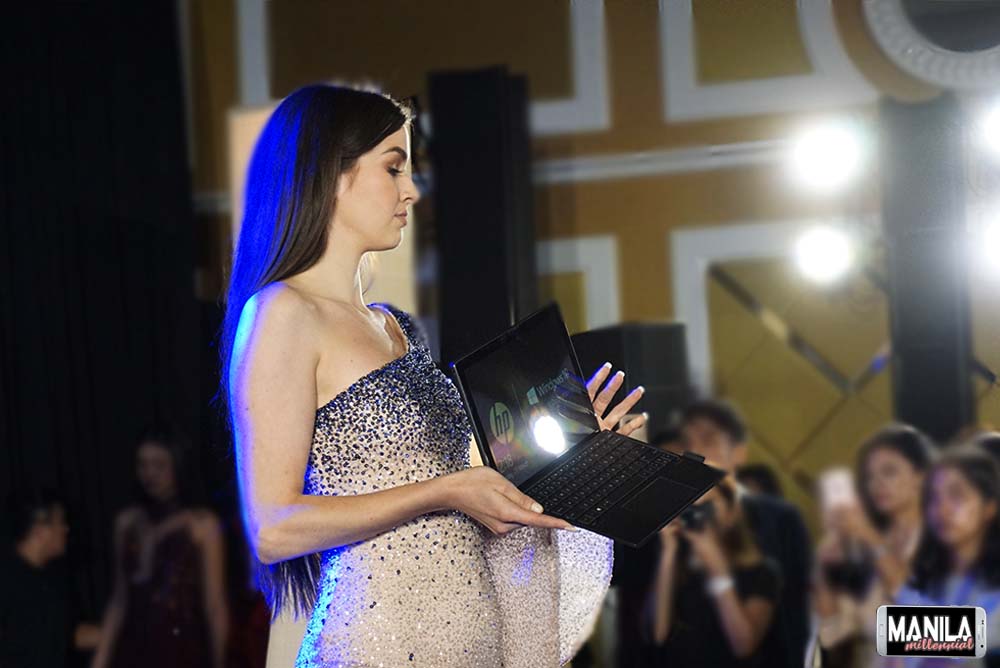 A model shows off the new HP Spectre X2 during the launch at Okada Manila last March 22, while wearing a Michael Leyva gown. 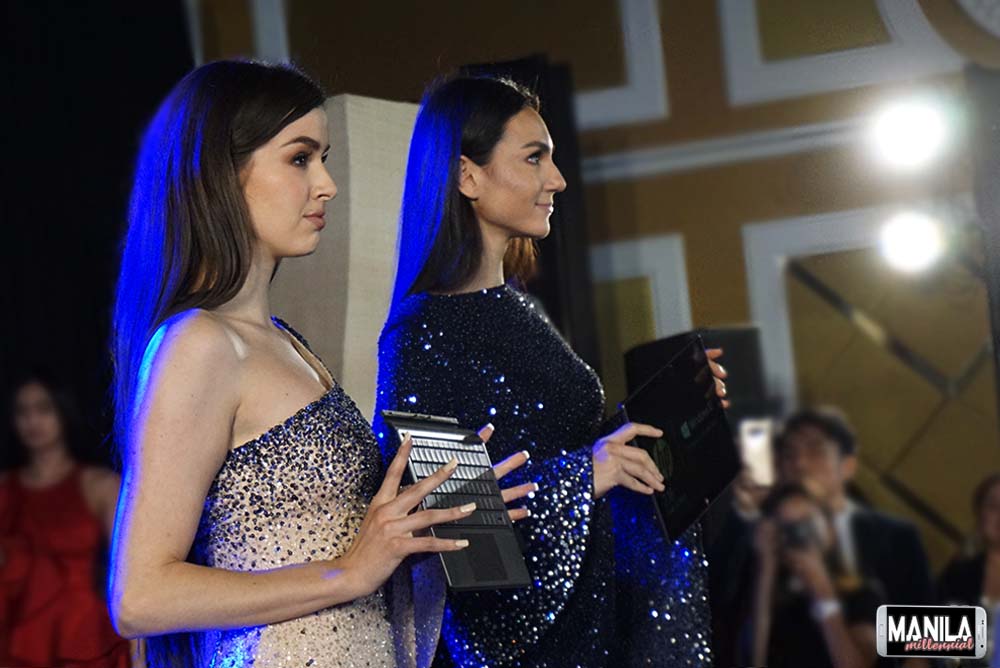 The HP Spectre X2 can easily be detached and turned into a tablet, as shown by models during the press launch at Okada Manila last March 22. Both are wearing Michael Leyva creations.

It has a detachable screen that you can either carry with you like a tablet or place on top of a flat surface just by setting up its built-in stand.

Very lightweight and easy to carry 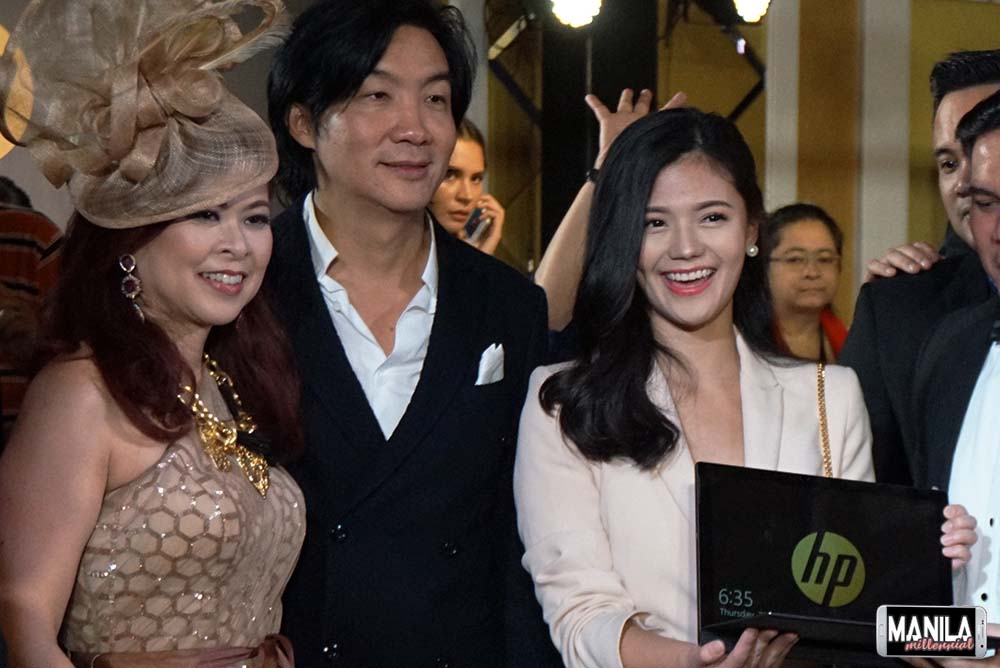 Social media influencer Vernice Enciso carries the HP Spectre X2 and poses for the press during the launch at Okada Manila.

All about the aesthetics 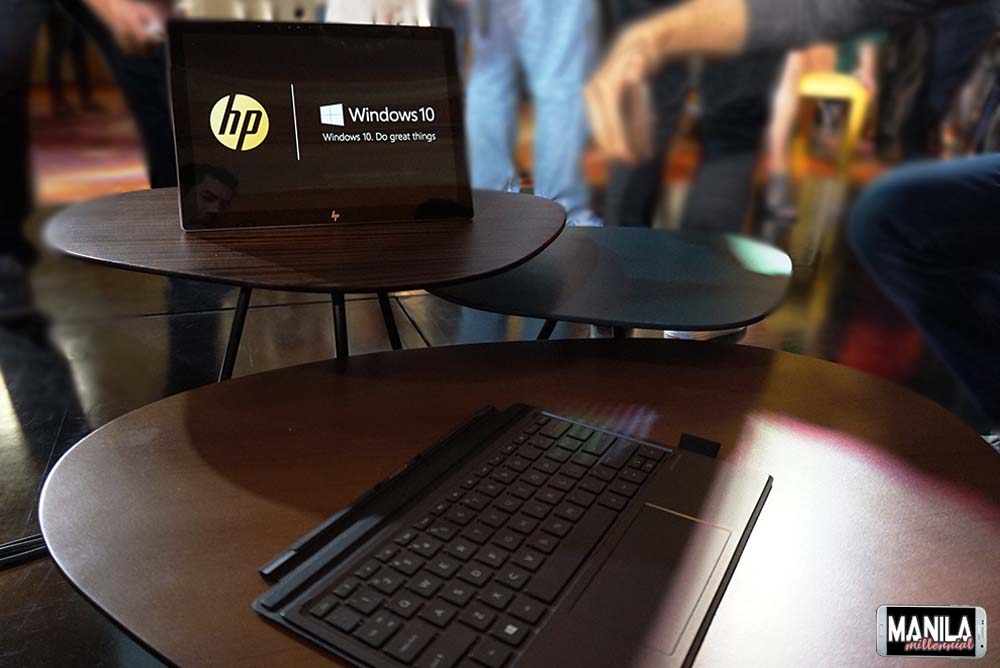 A closer look at the HP Spectre X2’s sleek features.

The black-and-copper aluminum design that is topped off with an ash silver finish creates a visually appealing exterior.

According to HP Consumer Market Development Manager Martin Gonzales: “The Spectre X2 was designed to push creative boundaries into a few more outlets for self-expression. The hardware itself contains iconic elements from the previous Spectre models but is now made sturdier. The Spectre X2 is made [out] of CNC aluminum, and the stainless-steel case stand provides support and durability.”

It comes with a pen powered by Windows Ink 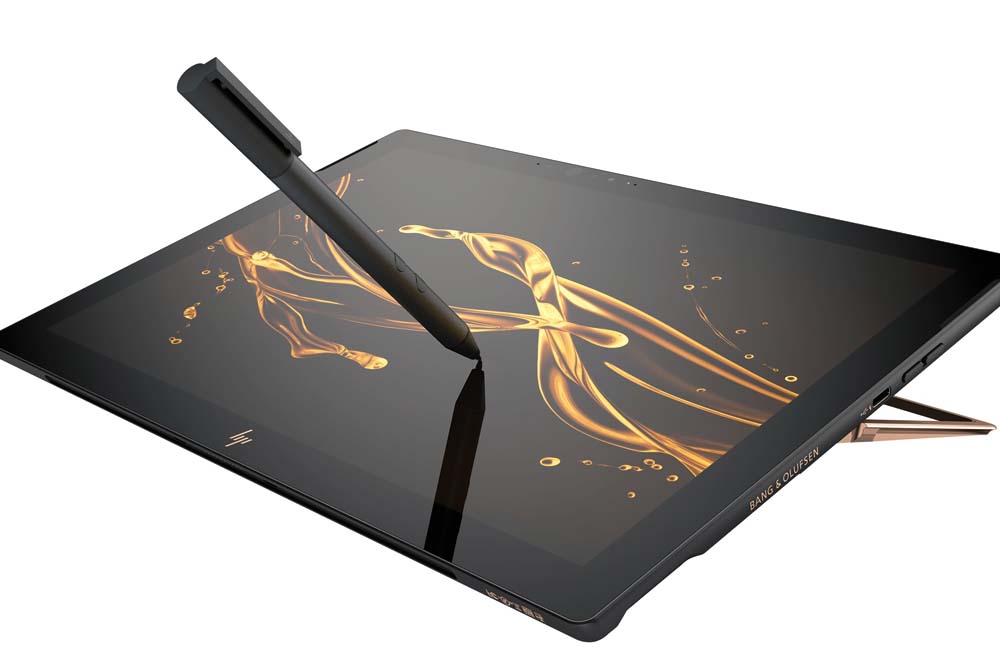 It seems perfect for artsy millennials who want to take their digital drawings with them everywhere they go. You can use both the trackpad and the pen on your artworks. 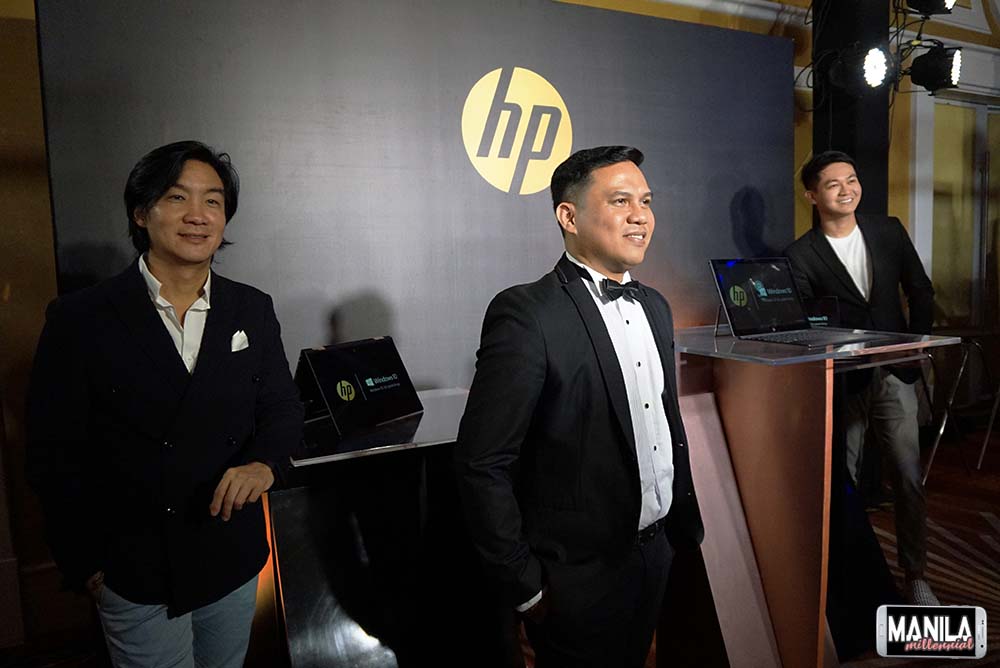 “The cutting-edge design of the Spectre X2 comes with uncompromised performance. [It’s] powered by the latest 7th gen intel core I processors up to 16gb of memory which makes multi-tasking a breeze. Working with large files and multiple apps is also no trouble with Spectre X2 because of its solid space storage of up to 1TB,” he explains. 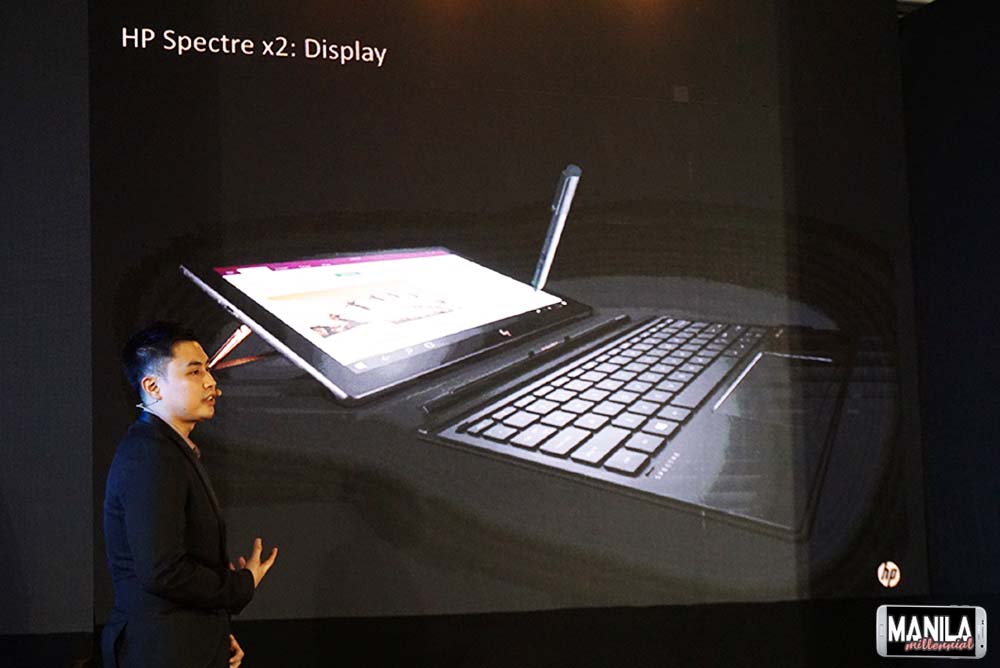 “The revamp 4.3 micro-edge display is its clearest and brightest yet with 6million pixels with 3k x 2k display. The device is also Windows 8 ready, so this means that you can transfer your files, your notes, and transfer drawings onto the device with the use of the HP Active Pen which is already included when you purchase the Spectre X2,” Gonzales adds. “All in all, the Spectre X2 is a hybrid detachable laptop that lets you be secure, productive, and lets you stay connected whether you’re at home or at work.”

We were lucky to be part of the first batch to see and use the latest premium laptop from HP. We also got the chance to take a peek at Michael Leyva’s gorgeous gowns and some of Kenneth Cobonpue’s unique designs. We could’ve purchased a lot right there and then if only things were up for sale (and if our bank accounts allowed us to do so)!

The HP Spectre X2 is already available in the Philippine market with a price that starts at Php 79,000. Worth every single peso, though.

Here are more photos and notable quotes from the event: 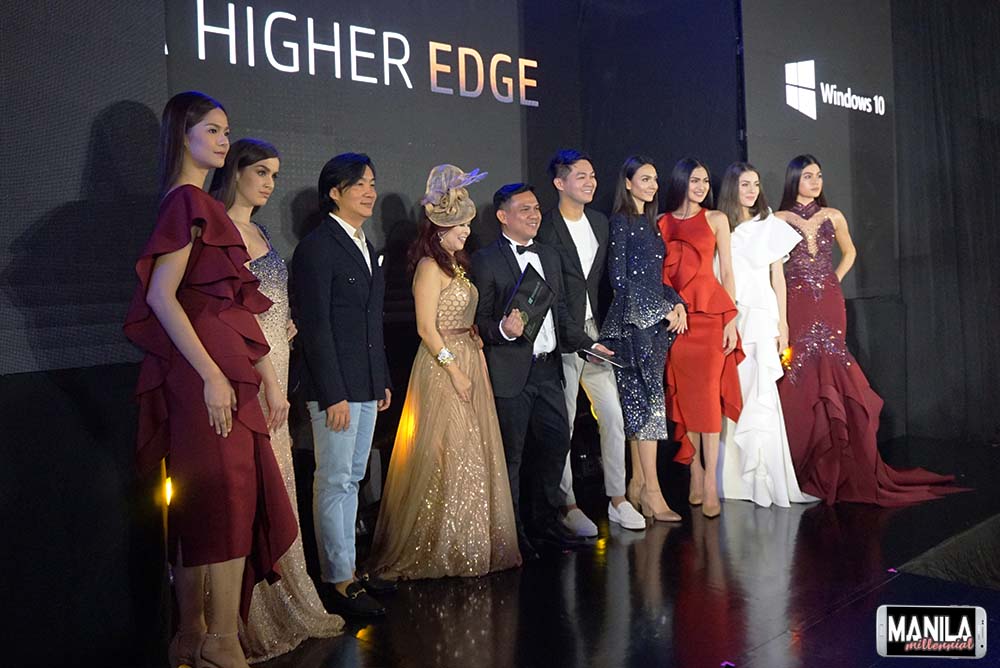 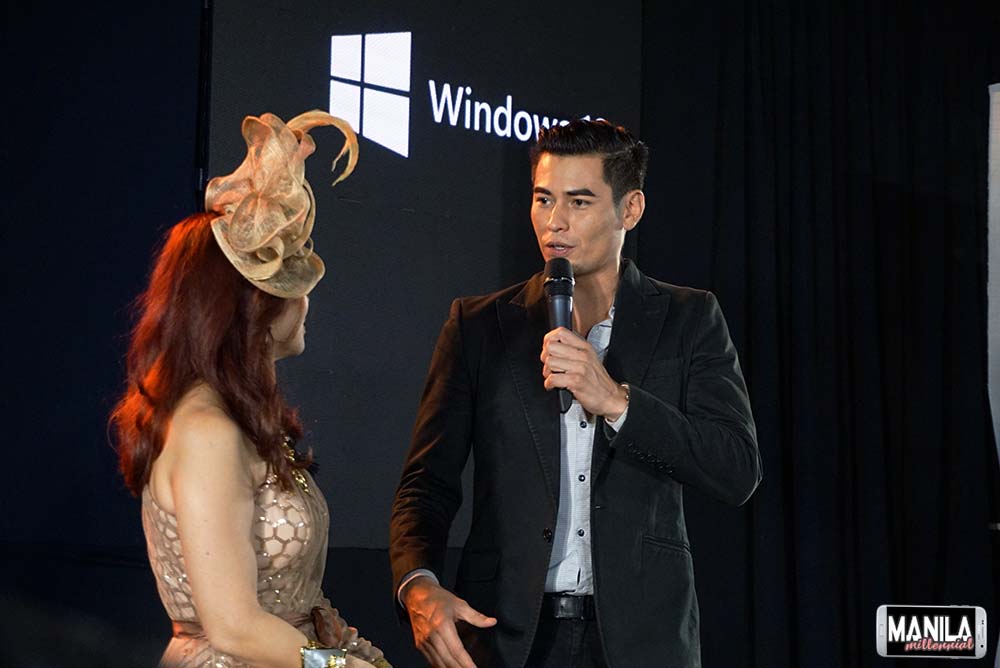 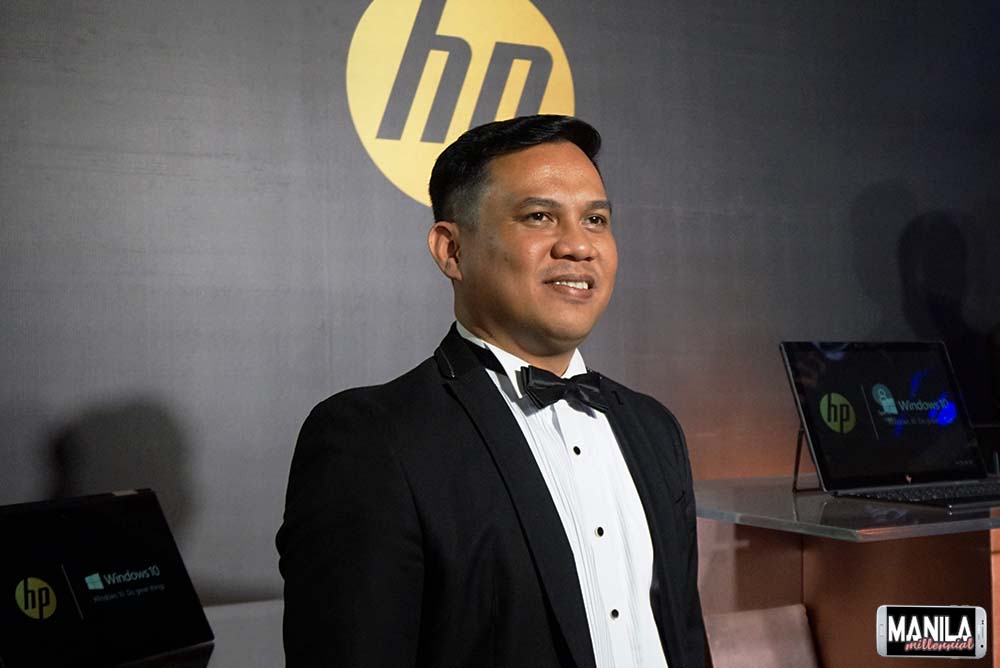 “With Spectre X2, we are acknowledging these changes that drive how we work and how we consume and create different types of media. Ultimately, we are giving the modern user an ideal companion for work and play in a world of rapid innovation and connectivity,” says Seville. He poses with the Spectre models during the launch at Okada Manila last March 22. 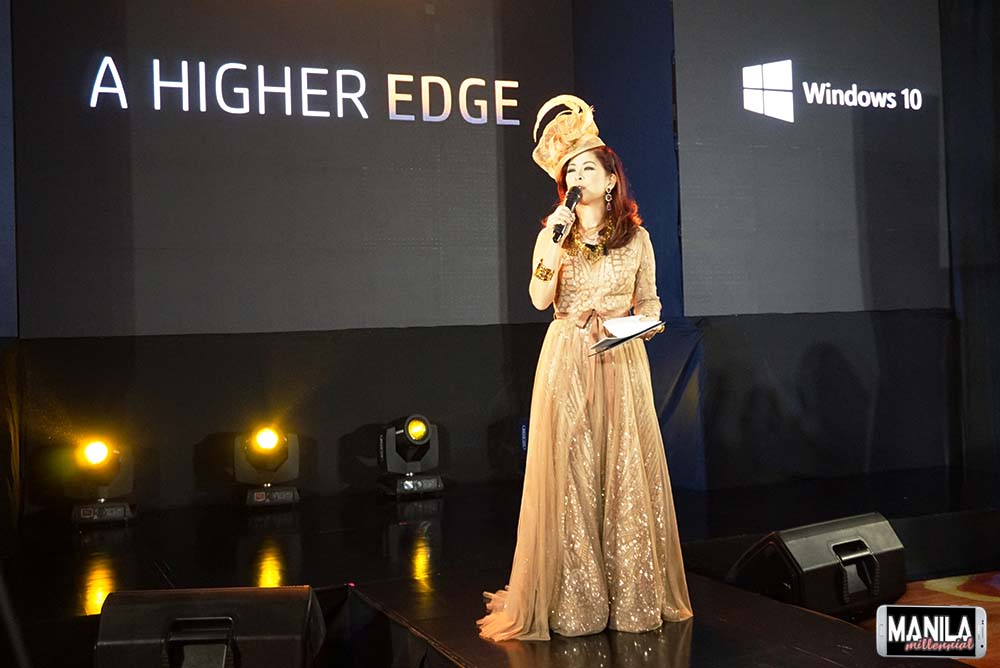 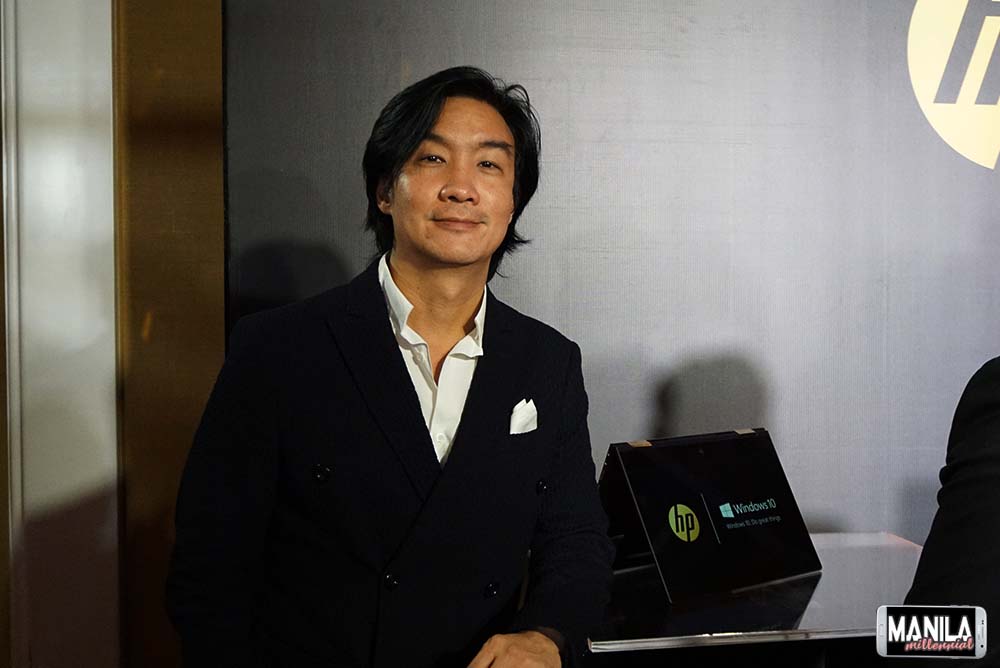 Kenneth Cobonpue smiles at our camera! We’ve been #blessed.