This weekend, experience a series of unfortunate events with a uniquely Filipino twist! Everyone’s entitled to visit A Series of Unfortunate Events‘ pop-up booth in Makati City for FREE, a few days ahead of its season 2 premiere on Netflix: 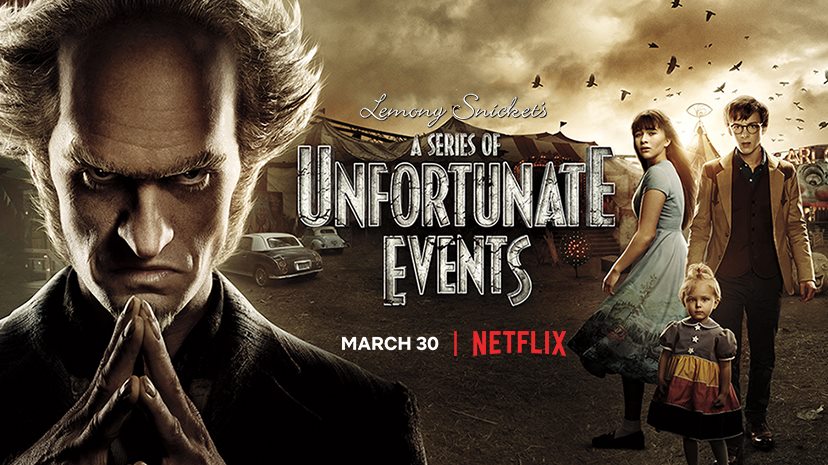 ‘A Series of Unfortunate Events’ Season 2 will be available on Netflix starting March 30, 2018.

Unfortunate Things Await @The Ruins is a special pop-up event organized by Netflix to create buzz and excitement for the upcoming second season of Lemony Snicket’s A Series of Unfortunate Events, launching on the streaming service on March 30. The dark comedy TV adaptation of the popular books of the same title stars Patrick Warburton as the author; Malina Weissman, Louis Hynes, and Presley Smith as the Baudelaires; and Neil Patrick Harris as Count Olaf.

Open to the public from March 22 to 24 at 6:00 pm until late, Unfortunate Things Await @The Ruins combines iconic sets in the series with popular Filipino superstitions — such as turning one’s plate before leaving the table for good luck, and never opening an umbrella indoors to avoid bad luck — to create a uniquely Pinoy series of unfortunate events. The entire experience will provide numerous photo opportunities and entertaining and unforgettable moments to be shared with friends, and that can be easily shared on social media. 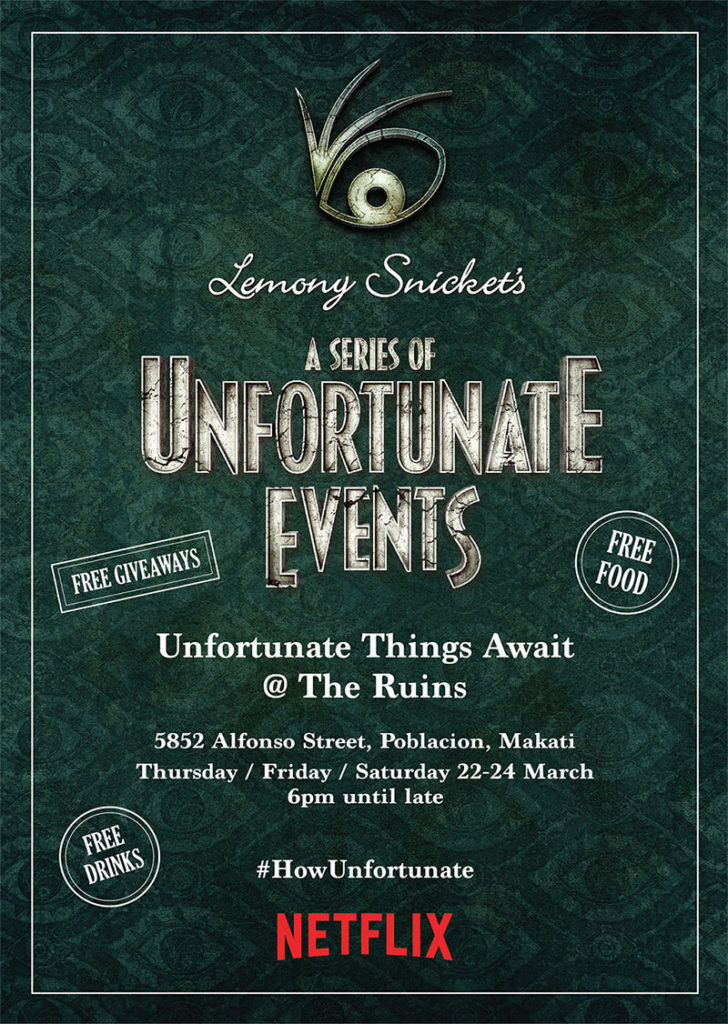 Although filled with cob webs, creepy items, and “salmonella” food, we’re sure visitors will have an  awful time that’s worth documenting.

Tip: Using the hashtag #HowUnfortunate will entitle you to a FREE A Series of Unfortunate Events notebook that is too hideous for fans! (*wink wink)

A Series of Unfortunate Events Season 2 premieres on Netflix on March 30, 2018. That’s a Friday so you don’t have to worry about binge-watching in the evening!