Calling all fans of the Golden State Warriors: Don’t be shy and shoot them a message! The 2017 NBA Champion has recently been recognized as the first NBA team to launch an account on the messaging platform Rakuten Viber. The Warriors will use Rakuten Viber to communicate directly with fans on a global scale, through tools such as a chat bot, a free sticker pack, and weekly trivia contests. 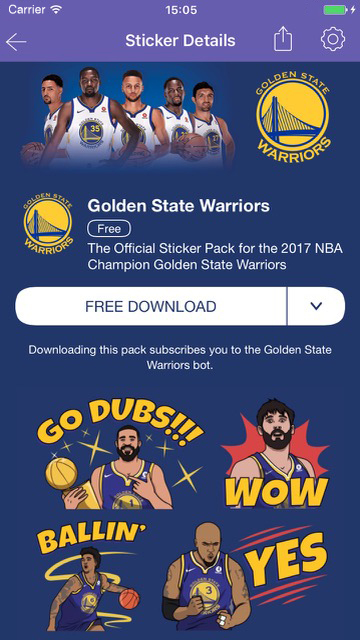 Here are some of the stickers that you can get from the free Golden State Warriors Sticker Pack.

The Warriors free sticker pack, which features every member of the Warriors roster, is already available for ALL Viber users. Stickers are a prevalent form of communication on Viber, and the Warriors sticker pack will provide users with the opportunity to express themselves with custom Warriors player images via messaging. Fans will also be able to participate in their weekly trivia for a variety of exclusive prizes, including autographed memorabilia or a meet and greet with a player. 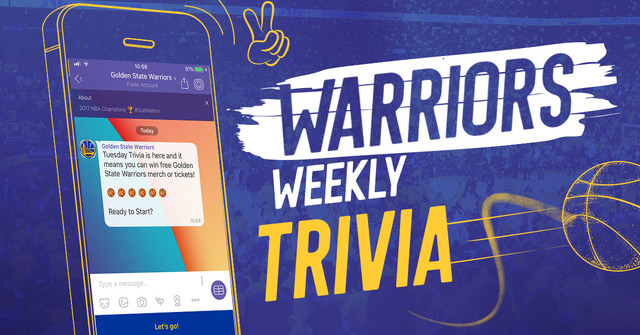 Get your head (mentally) in the game and show ’em what you’ve got!

“Adding Rakuten Viber to our portfolio of digital marketing efforts is crucial for us to continue our global growth as a brand,” said Jennifer Millet, Golden State Warriors Vice President of Marketing and Digital. “As the game of basketball expands around the world, and especially with the international players on our roster, Rakuten Viber provides the perfect vehicle for us to directly interact with our fans around the world.”

Rakuten Viber, the official instant messaging and calling app partner of the Golden State Warriors, has reached more than 900 million registered users since 2010.

One Reply to “Catch the latest update: The Golden State Warriors are now on Viber!”