Popular messaging platform Viber reveals that its Deleted Messaging functionality has been used in five billion messages thus far, coinciding with second anniversary of the function’s launch. Imagine how many instances people have been saved from embarrassment just by sending a wrong message to the wrong group or a typo to their bosses! I’m sure that we’ve personally contributed to this number by almost a hundred.

Viber, one of the world’s leading messaging apps is celebrating the two-year anniversary of Deleted Messages, which officially launched in November 2015. As of today, Viber announces that users have deleted a total of five billion messages thus far.

It’s awesome to know that Viber really understands that everyone has those moments when you hit send but realize you’ve sent the message or photo to the wrong person, or that you should have used a different word! For the past two years, Viber has prided itself on being the app that forgives and forgets, so you never need to worry if you accidentally send your boss a “NSFW” photo. 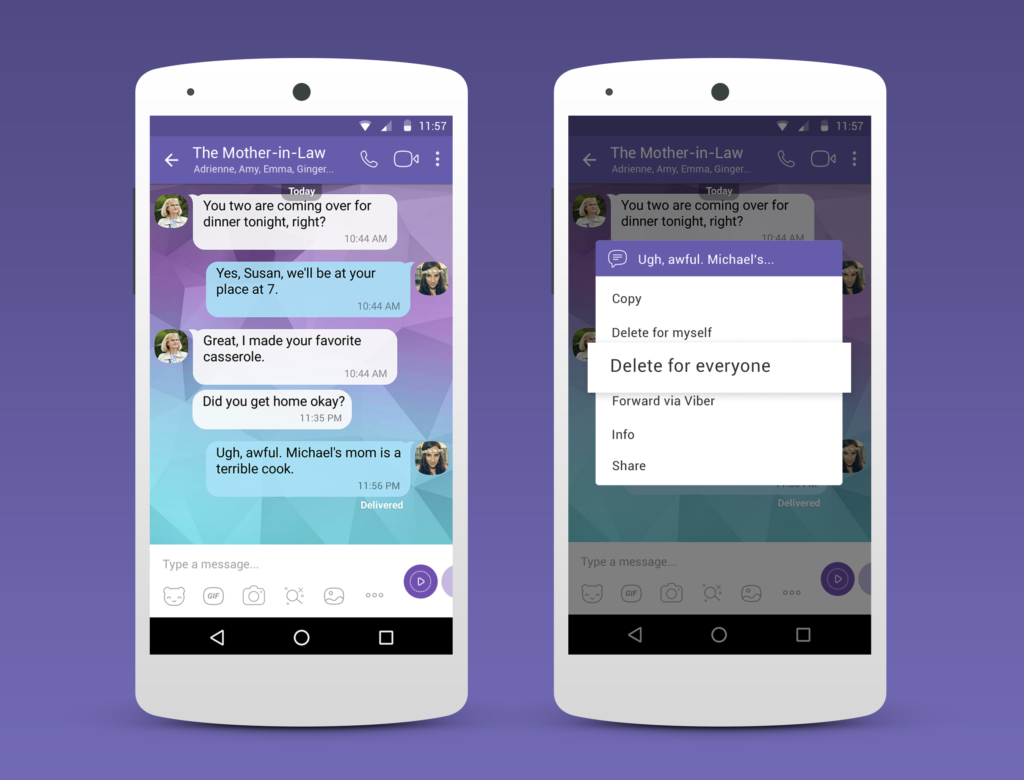 The Deleted Messages feature allows users in both one-on-one conversations and group messages to delete a message sent by accident immediately. This unique functionality allows users to delete messages for up to two weeks, even if a message had previously been read. Viber keeps an in-chat trace to let users know on each side if a message was deleted. The company is planning to roll out advanced features in the near future pertaining to this function.

Since its inception, Viber’s innovative technology has created market standards for others. They recently launched a Chat Extension feature at the end of 2016, which allows users to access a range of top tier content through services like YouTube, Spotify, Vice, Booking.com and GIPHY from within the chat window to search, share and consume, eliminating the need for users to toggle between apps.

“Here at Viber, we are proud that users are enjoying the innovative features of our app, like our Delete Messages functionality,” says Djamel Agaoua, Viber CEO. “We love hearing personal anecdotes from users how this feature saved their reputation. We are very flattered to see other apps are following Viber’s path, and are introducing their takeoffs of Viber’s innovations that’s available for our users for a while. I’m certain the exciting features we have launched this year like our super popular chat extensions will continue to create an industry benchmark in the future.”

Thank you, Viber gods, for that delete button!

One Reply to “Bye, Viber Blunder: How many times have you been saved by the ‘Delete Message’ function?”