Manila Millennial recently dropped by a Tekken tournament at Sta. Mesa to see how the game is doing after years of development since its last installment in 2007(Trivia: Its first release was in 1994). The gameplay is indeed better and we can spot new characters in the roster! After quick chats with competitive players, we came up with 8 reasons why the game continuously thrives in our country:

1. It gives you a sense of nostalgia

Remember those days when arcade games were a hit and PvP matches were a matter of life and death as you battle it out with your childhood friends? Tekken helps bring back those glorious days through a different type of console with slightly different control keys. 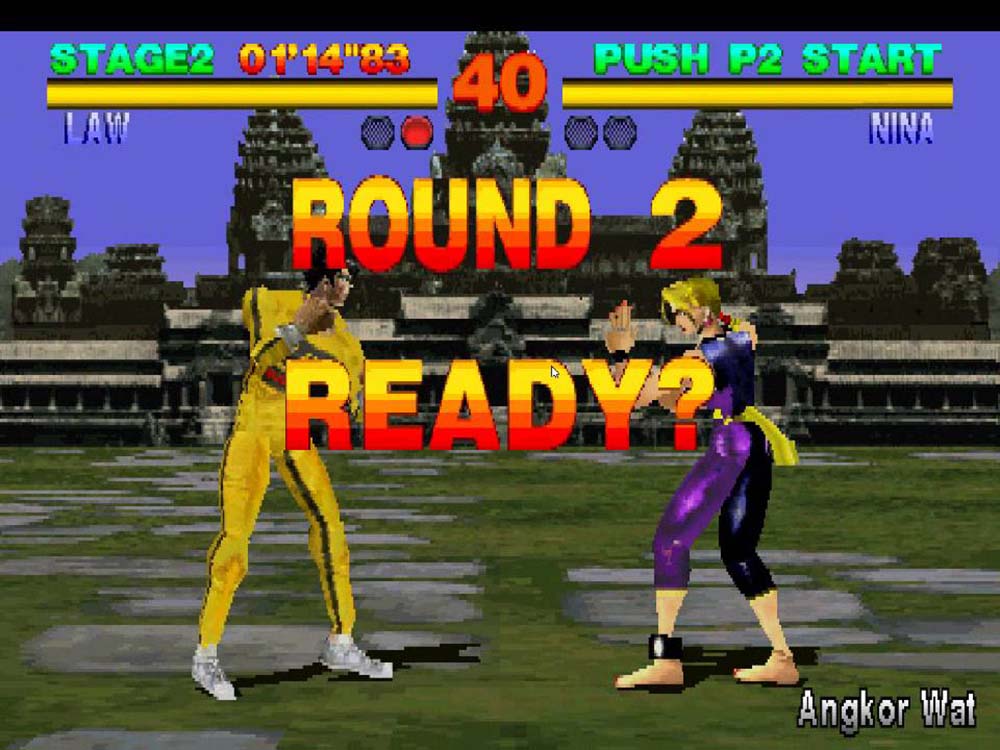 Screenshot of a Tekken 1994 arcade match via ArcadeGaming’s YouTube Channel.

2. Controls are easy to master (with constant practice)

There are over 80 different moves that you can use to knock out your opponent in Tekken and randomly pressing buttons can even save your character if you’re not in a professional competition. The gameplay gives off an extraordinary experience that is incomparable with other fighting games. 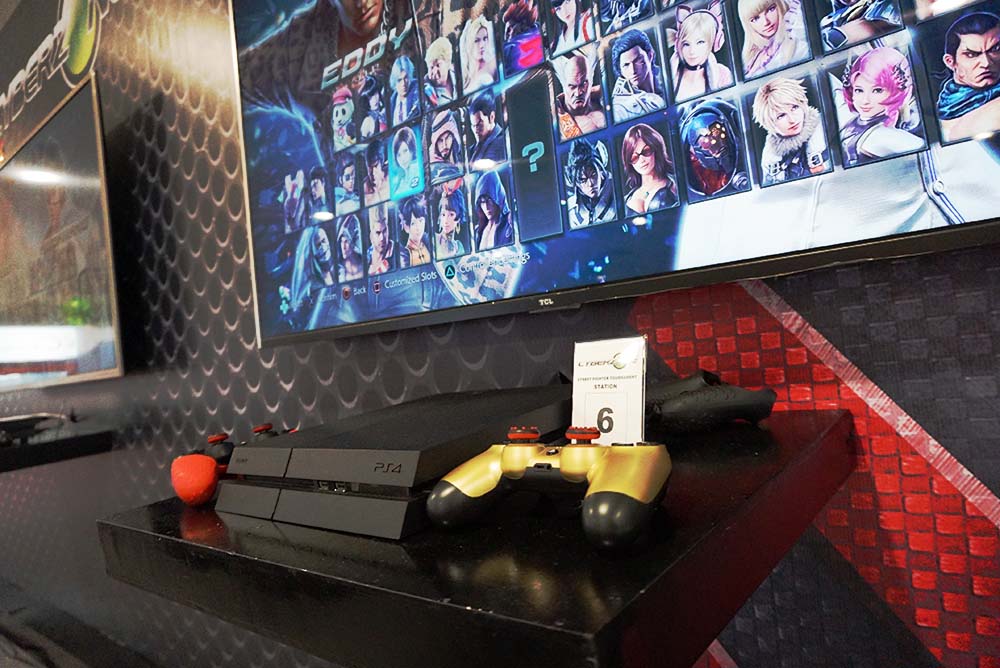 From video arcade to PS4 – still as exciting as ever.

By “cute”, I mean really good-looking for all types of characters (pandas included). May you be a brawler, a grappler, an animal or whatever you want to be in the game, you can ensure that everyone has an advantage over someone as long as control mastery is involved. Plus, there’s a nice backstory to each for an added layer of character attachment. 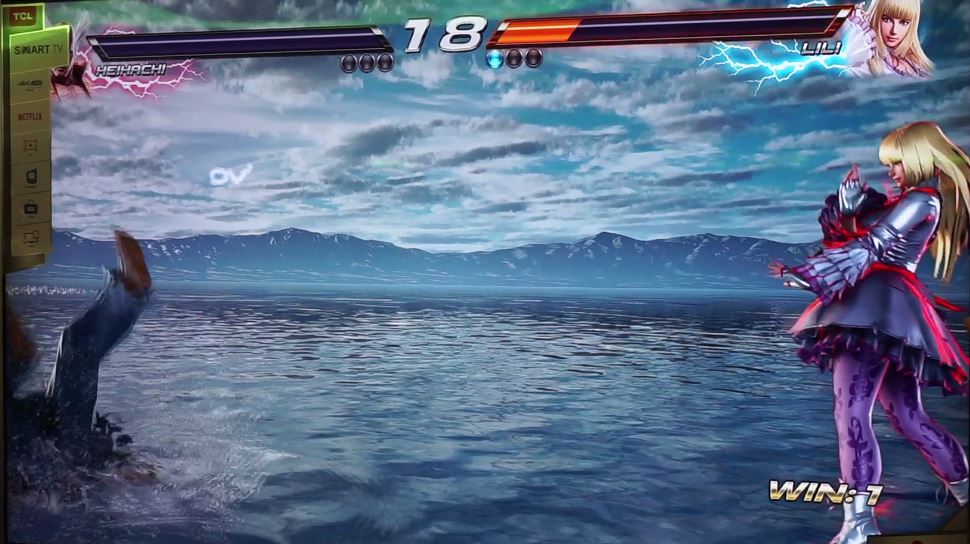 Lili Rochefort, a fan favorite, is the definition of strong and beautiful!

4. The community is here to stay

Pretty much like how Everwing is still thriving even though a lot of people are already reaching max levels and dragons, the Tekken community was able to consistently fight its way through seven installments in the series. These people do not consider it as a mere “game” but also as a hobby that requires skill and mastery. 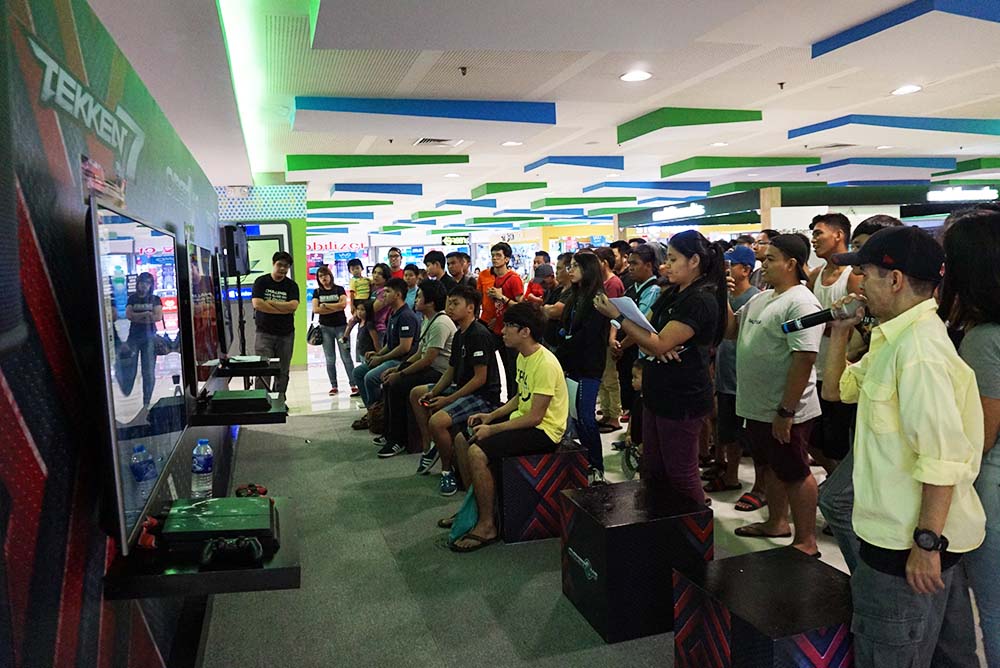 The crowd patiently waits for the next batch of winners during the semi-finals round. We couldn’t even squeeze through!

5. It gets better and better: Tekken 7 for PS4 has recently been released in the Philippines!

This year’s release from Bandai Namco screams #PinoyPride. Check out Josie Rizal, who was named after our national hero – Jose Rizal. She may look adorable but don’t underestimate her Rage Art, Carabao Horn, Iligan Switch, and Ormoc Switch moves, to name a few. 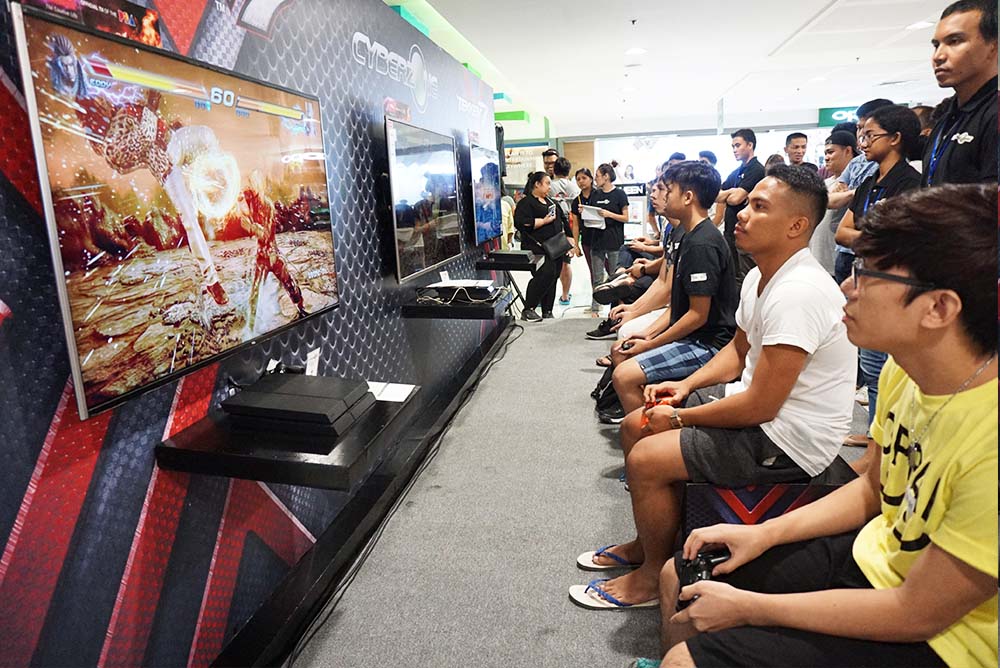 Game face on! Grab a console at SM Cyberzone and bring home the Tekken fun with you.

6. The game is consistently being supported by establishments

Aside from the tech industry, establishments like SM continuously holds Tekken tournaments within their premises. You’ll usually spot these mini arenas at gaming stations or at their Cyberzone. A perfect example of which would be the Tekken 7 Tournament held at SM Sta. Mesa for their #SMCybermonth2017 celebration last Saturday (August 26, 2017) where mall-goers battled it out to claim the Tekken throne.

With the recent release that includes new characters and moves to experiment on, the community is starting to make some noise again! 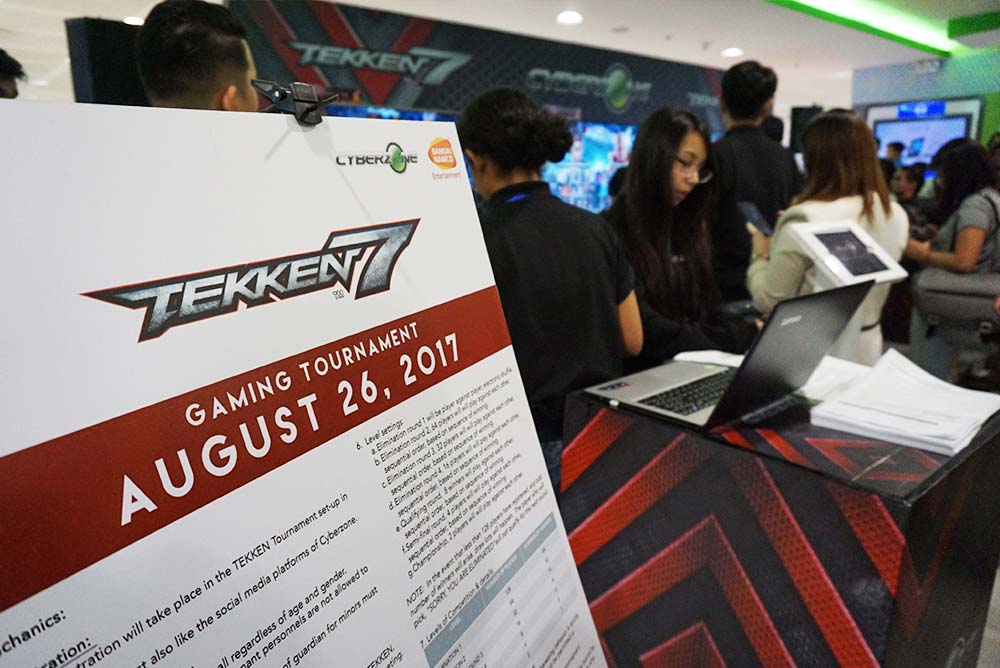 7. If not for glory, Tekken tournaments have cash prizes in store

Think about it: Win or lose, you’ll enjoy the free game and you’ll even get a chance to come home with extra cash. Did we mention that SM Cyberzone awarded a whopping P10,000 to the champion? This was followed by an instant P5,000 for the first runner-up. 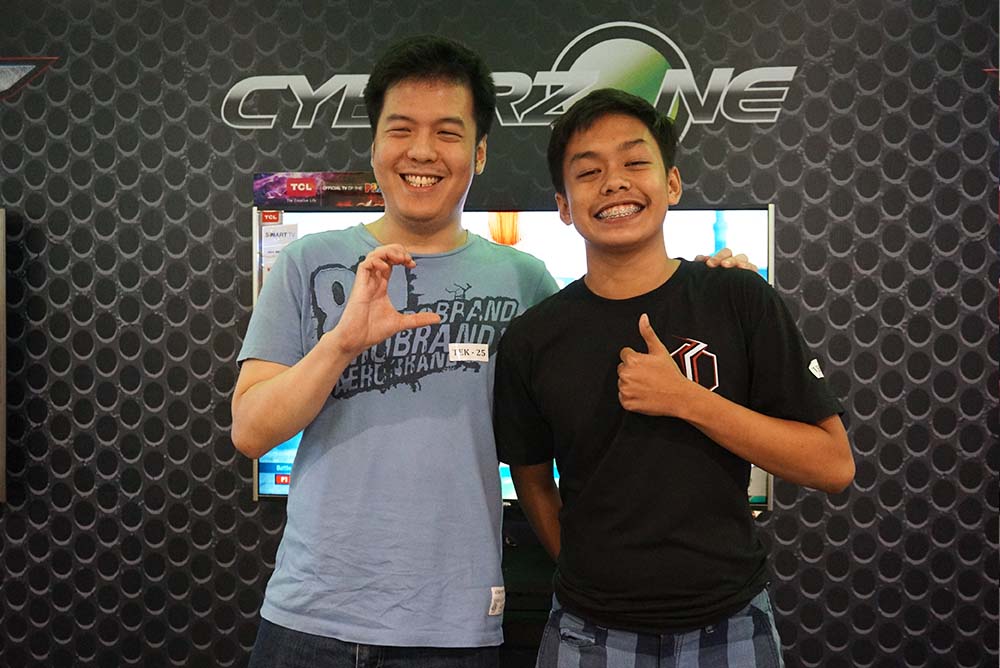 SM Cyber Month’s Tekken champion Alexandre Gabrielle “AK” Laverez and first runner-up Paul Abigan were all smiles after the game. They both won something after a close fight.

SM Cyber Month’s Tekken champion Alexandre Gabrielle “AK” Laverez and first runner-up Paul Abigan were in a nerve-wracking 5-round fight during the finals, with a hoard of onlookers cheering for their bets. AK’s Jack-7 managed to dominate in the first round, while Paul’s Lili snatched the next two rounds with powerful combos. But the game does not end there! AK’s Jack-7 smashed through with a powerful comeback to knock out Paul’s Lili in the last two rounds.

AK was able to defend both his title and the cash prize against everyone who participated in the event. In the end, he was pretty calm about everything – a mark of a true Tekken master. 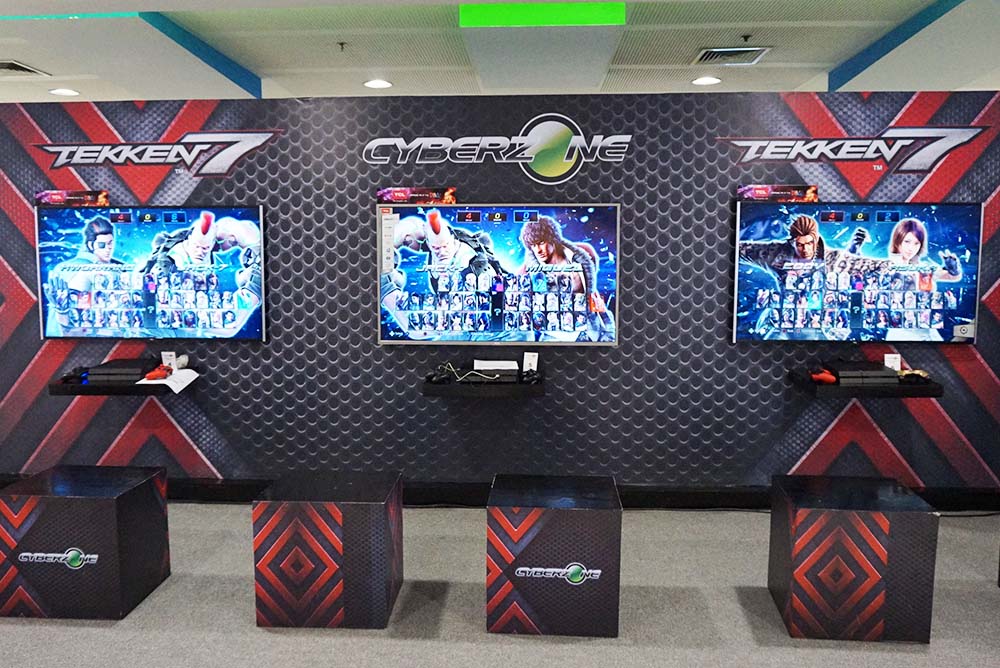 8. Filipinos never back down from challenges

Take AK and Paul as examples. These guys had to wait an entire afternoon just to make it through the preliminaries all the way up to the finals match. Now, that’s dedication! Both have been actively participating in Tekken tournaments nationwide as well, and for them, practice and getting to know your characters are a must before every game.

From kids to teens, the group of players we met had an unabated sense of dedication and spirit that can take on even an international tournament. Good thing we have local events that help hone them for this! 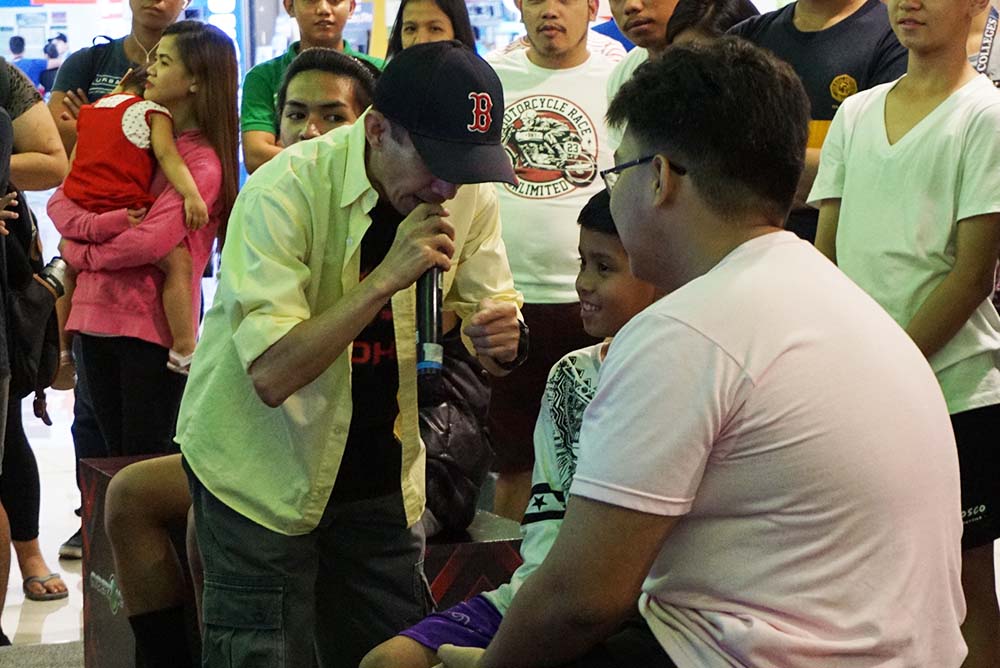 Can anyone guess how old these kids are? They’re competing against teens and young adults!

So that’s my story about the tournament, but I’m sure you have your own stories about your SM Cyberzone – Sta.Mesa experience and haul, too. Put those fingers at work and type in your review of a newly bought gadget and get a chance to win an Oppo phone before the Cyber Month ends. See mechanics below for more details: 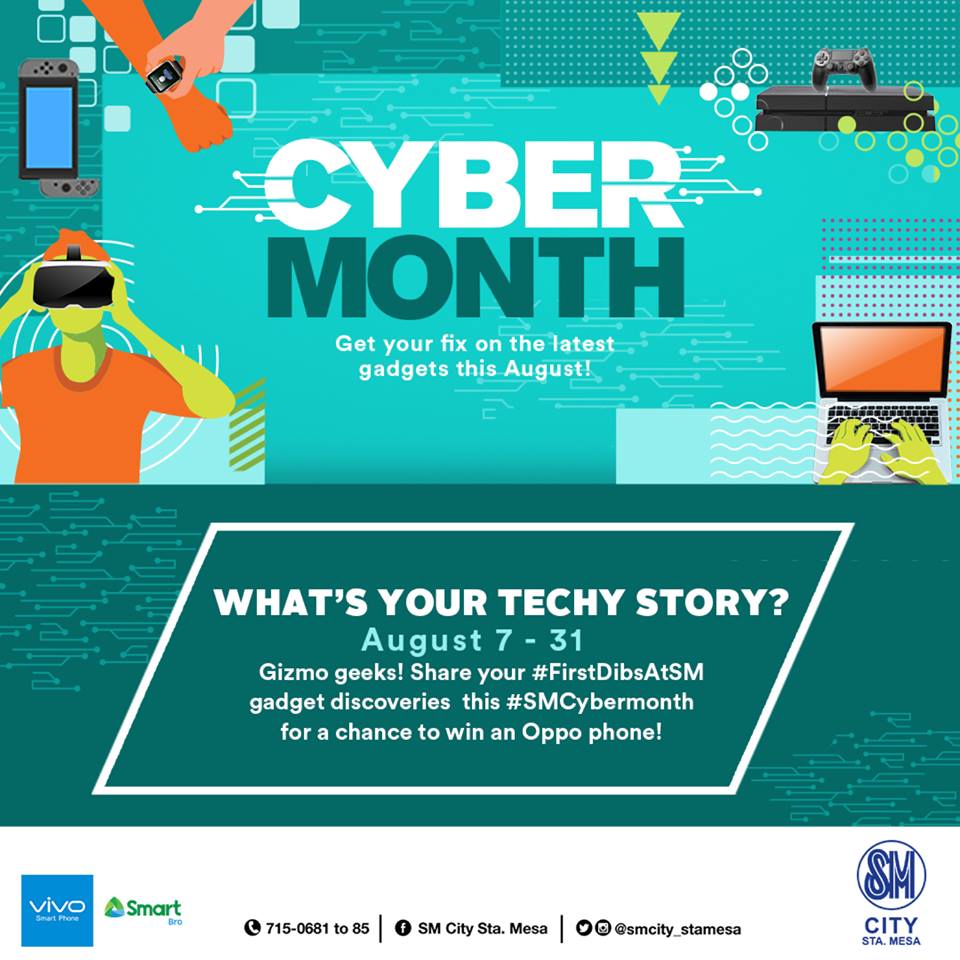 For more details about their events, visit SM City Sta. Mesa at: