At the heels of global epic adventure hits Avatar and Star Wars comes Luc Besson’s high-speed adventure film Valerian, based on the 1967 graphic-novel series Valerian and Laureline by Pierre Christin and Jean-Claude Mézières. Powered by the imagination of Besson, Valerian is about to take us on an unforgettable intergalactic adventure with creatures from different worlds.

Taking on the title role as Valerian is actor Dane Dehaan starring alongside model-turned-actress Cara Delevingne as Laureline.  Valerian is set in the 28th century where we see the lead characters Valerian and Laureline working together with a team of special operatives in charge of maintaining order throughout the human territories. Under assignment from the Minister of Defense (played by Oscar and Grammy-award winning composer Herbie Hancock), the two embark on a mission to the city of Alpha — an ever-expanding metropolis where species from all over the universe have converged over centuries to share knowledge, intelligence, and cultures with one another.

However, there is a mystery at the center of Alpha – a dark force that threatens the peaceful existence of the City of a Thousand Planets, and our kick-ass duo must race to identify the marauding menace and safeguard not just Alpha, but the future of the universe.

Starring alongside DeHaan (from The Amazing Spider-Man 2 and Chronicle) and Delevingne is an accomplished troupe of performers and newcomers to the big screen led by Clive Owen, Ethan Hawke, John Goodman, Kris Wu, and Rutger Hauer. In a stunning performance, global pop icon Rihanna (who’s also in the upcoming Ocean’s Eight) makes her debut in the fantasy film genre. 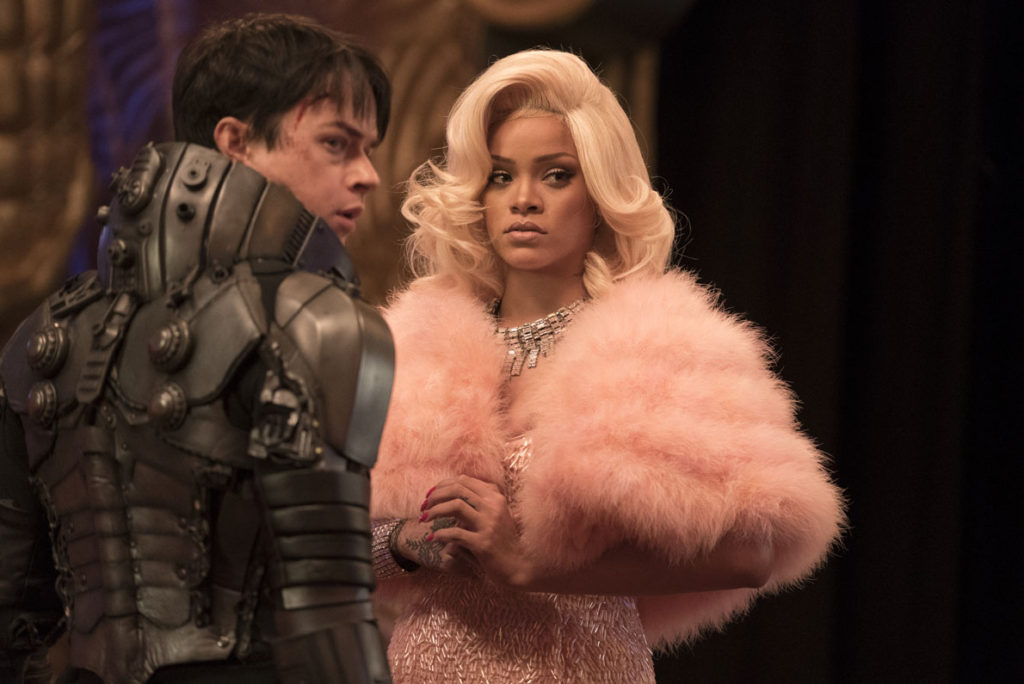 As Valerian and Laureline plot their course through this visually stunning, intergalactic space adventure, they must navigate landmines of flying car chases, shootouts with criminals of the alien underworld, narrow escapes from deadly creatures, and space battles unlike anything ever seen on the big screen.

Spaceships and aliens galore: What are these guys up to anyway? (Scene from ‘Valerian’/ Photo courtesy of Pioneer Films)

Long before Luc Besson became one of the world’s foremost action auteurs — writing, producing and directing a string of iconic hits such as Taken, Transporter, La Femme Nikita, and Taxi— he was a young boy transfixed by a comic-book series called Valerian and Laureline. Constrained by the relatively primitive visual effects technology available in the 1990s, Besson knew it would be some time before he was able to create the wondrous Valerian and Laureline universe he knew the source material deserved.  It would take a seismic jolt and a huge evolutionary leap forward in visual effects to enable the filmmaker to bring it to life. 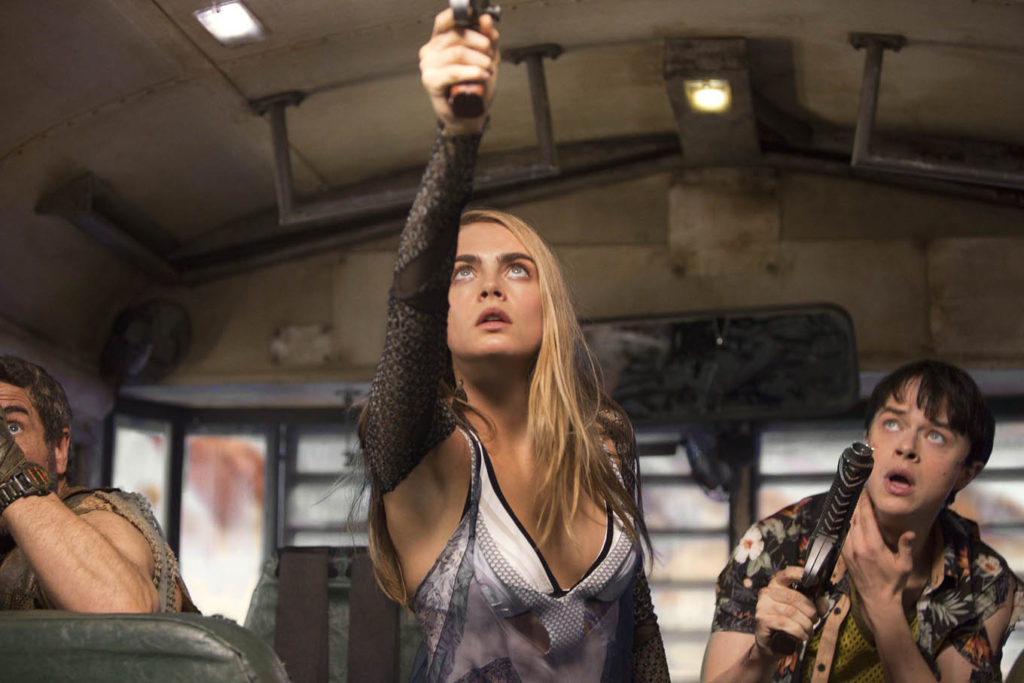 After James Cameron invited Besson to the set of his space epic, Avatar, the French director made up his mind: “When Avatar arrived, it made everything seem possible. I remember thinking, ‘One day I will come back to sci-fi with these new tools, where the only limit is your imagination. That’s when I decided to make Valerian.”

With more than $ 200 million in production cost, Valerian poises to be “Avatar-esque” in terms of the visually stunning effects and vistas as entertainment news site The Wrap considers Valerian as the greatest visual experience seen since Avatar.

There are currently three trailers available online. Watch them here:

We know what you’re thinking: What is Cara up to now? We’ve seen her in Suicide Squad, Paper Towns, Pan, and she’s now taking a lead role in a sci-fi film albeit her odd way of acting in the past. We’re getting mixed feelings as we post this but maybe this “oddness” is really a signature Cara-way of enticing her fans (and soon-to-be fans) to continuously watch her on the big screen. Also, with queen Riri making a special appearance, we’re definitely giving this a go. How about you? Feel free to share your thoughts in the comments section below!