With Facebook Messenger’s worldwide launch of no-download “Instant Games” early this May, Facebook users have been flocking to this app instead of the App Store to try out fun games. Among the numerous mobile games to choose from, one that definitely stood out was Blackstorm Labs’ EverWing.

This has already been out since November 2016 as part of the platform’s hidden games but it only received much attention this year as Facebook Messenger’s games were rolled out. In case you haven’t tried it yet, just follow these steps:

EverWing is an arcade shooter where you need to raid dragons and bosses, loot as much treasure as you can, upgrade fairies, and buy dragons for the sake of survival. It’s only a never-ending wave of dragons and fireballs but you’ll never find contentment until your top score becomes unbeatable and you’re hogging the first place bonus in all your chat groups. 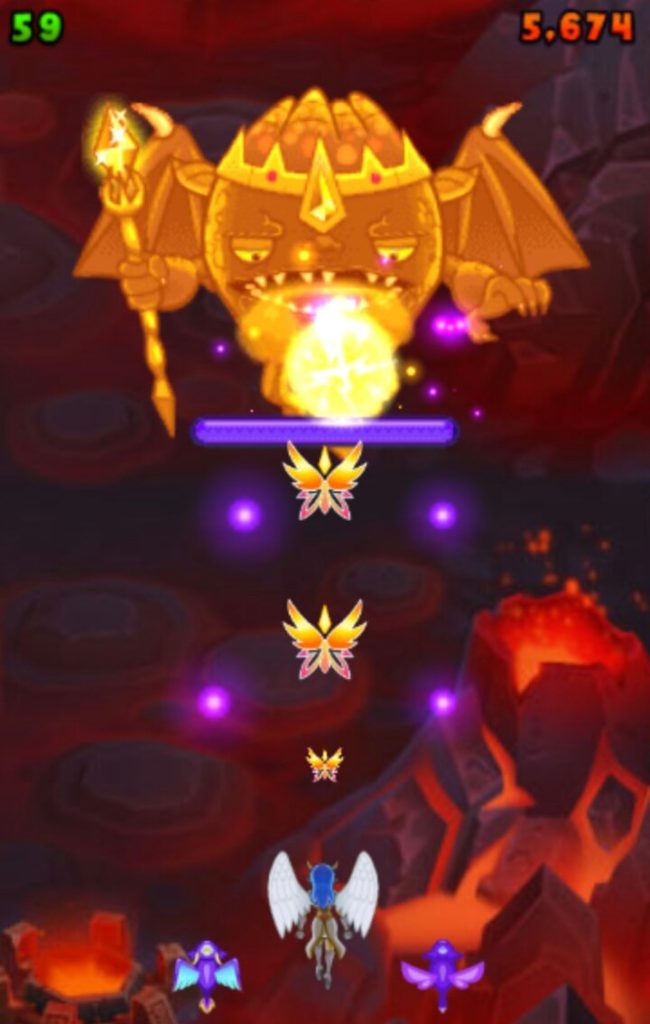 The rules of the game are pretty simple: Swipe your thumb (or any finger) to control your fairy and sidekicks as they automatically spew magical dragon-slaying shots. They only move sideways so you have to avoid fireballs and dragons you weren’t able to kill in order to keep your score running. Of course you have to do this while collecting coins and power-ups to keep up with the game. Sounds easy? There are boss creatures at the end of every wave and everything speeds up!

To gain bonus coins, trophies, and dragons, it would be best if you raid bosses with your friends by launching the game via group chat. Enable this option by following these 3 easy steps:

To help your dragons level up and to earn more coins, let your other fairies finish Quests for you:

Tip: EverWing sends notifications via Facebook Messenger whenever a Quest is over. You can click ‘Claim and Resend’ even while you’re on data mode. 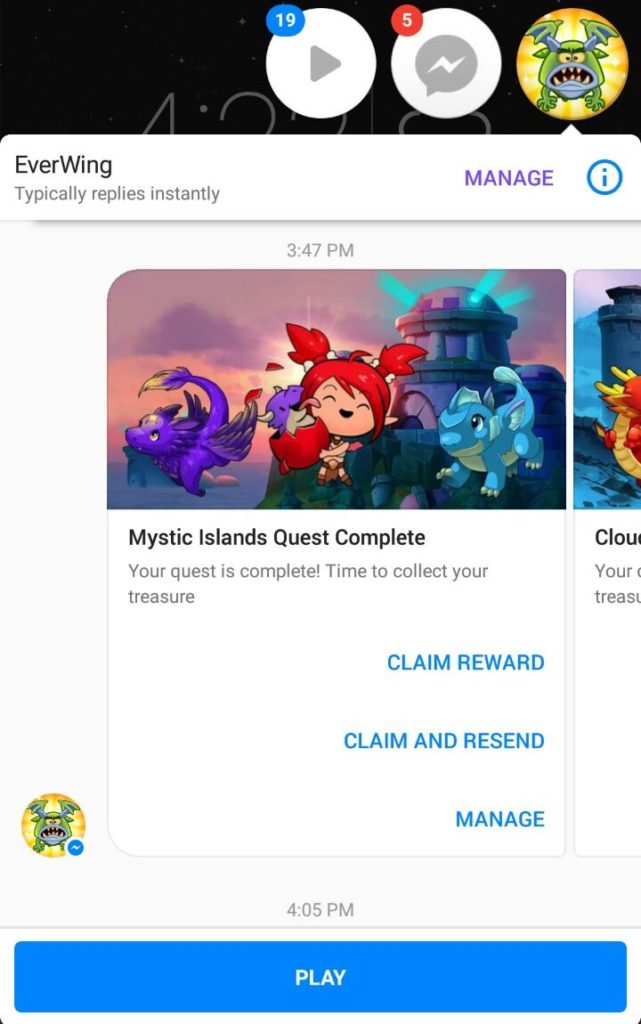 You’ll never know how competitive you and your friends are until you’ve tried this game.

The downside: You can’t play this game and other Instant Games if you’re not connected via WiFi. It’s not yet available for data users but we do hope they release an update and make this possible.

Want more tips and tricks? Leave a comment and let us know your Qs!

UPDATE: You can now play this game using your mobile data! However, it might be best to ensure that you’re on 4G since we’ve heard that there are still a few who can’t access it with 800MB data.

14 Replies to “EverWing 101: How to play, bonus tips, and why everyone’s playing it”