Gamers, rejoice! After the World of Warcraft came to life in 2016, another video game will be invading cinemas this 2017. As early as now, we’re claiming it: The highly anticipated death-defying and non-stop action adventure Assassin’s Creed — starring Michael Fassbender, Marion Cotillard, Jeremy Irons and Brendan Gleeson — will bring the audience to an unforgettable ride in two time periods in history.

Fassbender plays dual characters as Callum Lynch and Aguilar De Nehra in this fantasy/sci-fi film which lasts for 2 hours and 20 minutes (that’s enough time for you to analyze the part of the video game series in the least number of hours possible).  When Lynch is brought into the Abstergo facility, having been rescued from the lethal injection on death row, he doesn’t know what to make of it. A foreboding, concrete structure with plenty of natural light, but no windows, it’s kind of a cross between a high-tech day spa and a prison. His fellow inmates are a ragtag bunch of souls who seem to struggle with their own mental faculties. And at the facility’s center, within the circular structure of an old church, lies the Animus, a device which will send Cal back in time to 15th Century Spain.

“It’s really the basis of the story,” notes producer Frank Marshall. “It’s where the main characters exist and work, and it houses the Animus. It’s the world we create in contemporary times.”

For production designer Andy Nicholson (Gravity), getting the design of the Abstergo facility right was the biggest challenge he faced on the production.

“In real time, more than half the script happens at Abstergo,” he explains. 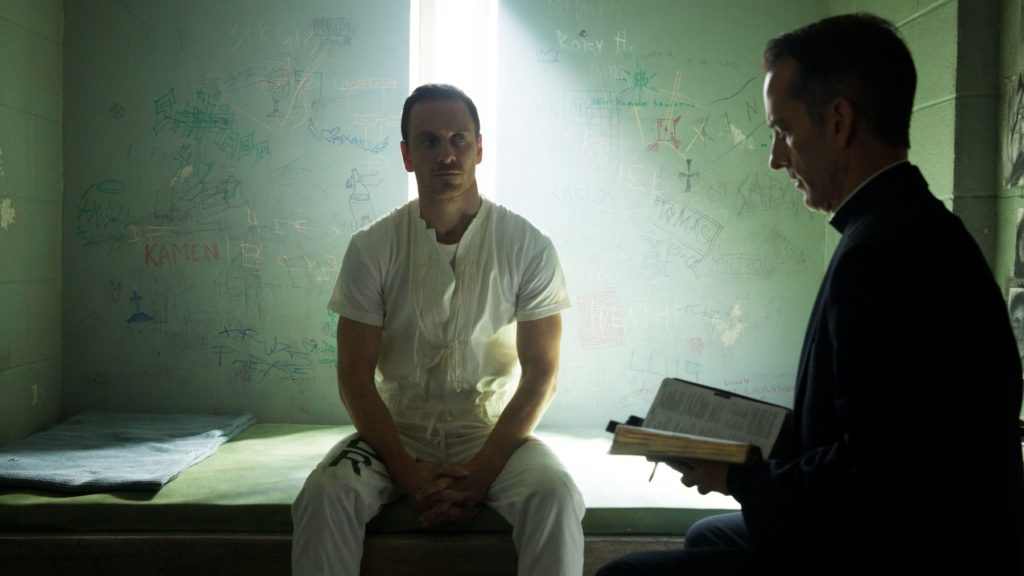 The key Abstergo set was constructed on the enormous 007 Stage at London’s Pinewood Studios, one of the biggest interior facilities in the world dedicated to film production. The entire complex is an uncomfortable clash between the present and the past, which reflects the strains Cal suffers when he is subjected to the regressions of his genetic memory.

With production wrapped on the 007 Stage, much of the shoot focused on the Animus chamber set, built separately at a facility in Langley, Buckinghamshire. The Animus chamber itself is the epicenter, not just of the Abstergo site, but of the clash between two worlds. With red brick walls and a mosaic tile floor, the set also houses the highly-technical Animus machine itself, while a glass-fronted observation room pokes through the upper wall with little grace or elegance. 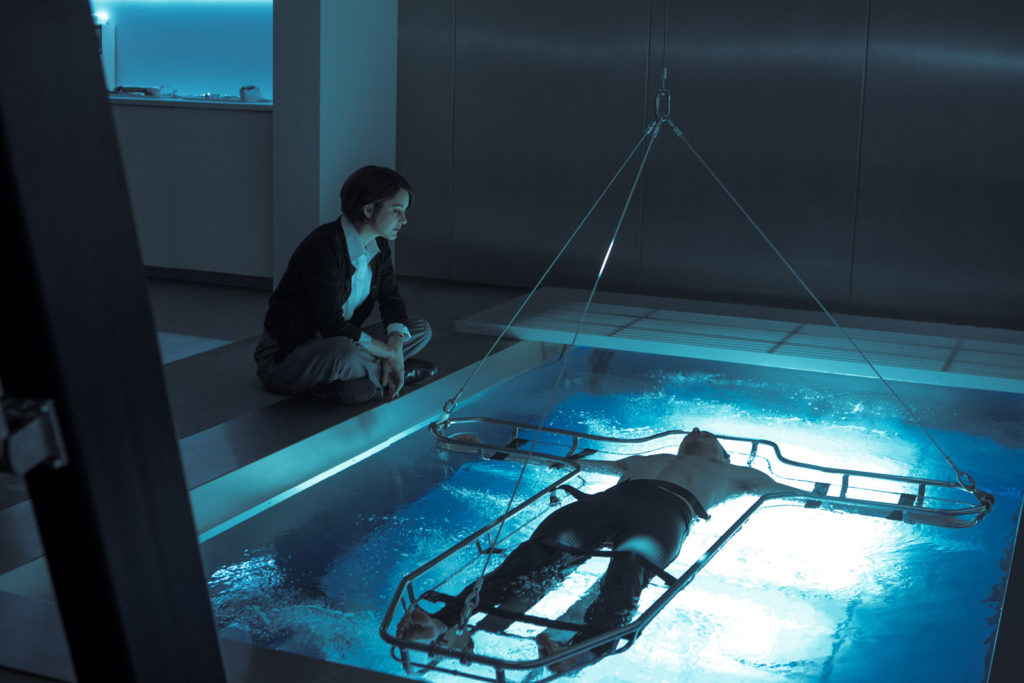 Marion Cotillard and Michael Fassbender in ‘Assassin’s Creed’. Showing in cinemas this January 2017.

The Animus has always played a key part in the Assassin’s Creed games, but it has never before been visualized like this. In the series, it is typically a chair or a bed on which subjects lie while they experience their regressions. In the film, with so much of the action cutting back to the modern period while Cal regresses into his 15th Century ancestor, Aguilar, the opportunity to imagine something grander presented itself.

Cal is attached to this robotic arm by his spine, which doesn’t just place him inside the regression, but moves his body physically in the way Aguilar moves within the simulation. Observers at Abstergo can then watch Cal move, and see what he sees with the help of holographic projections of Aguilar’s world. 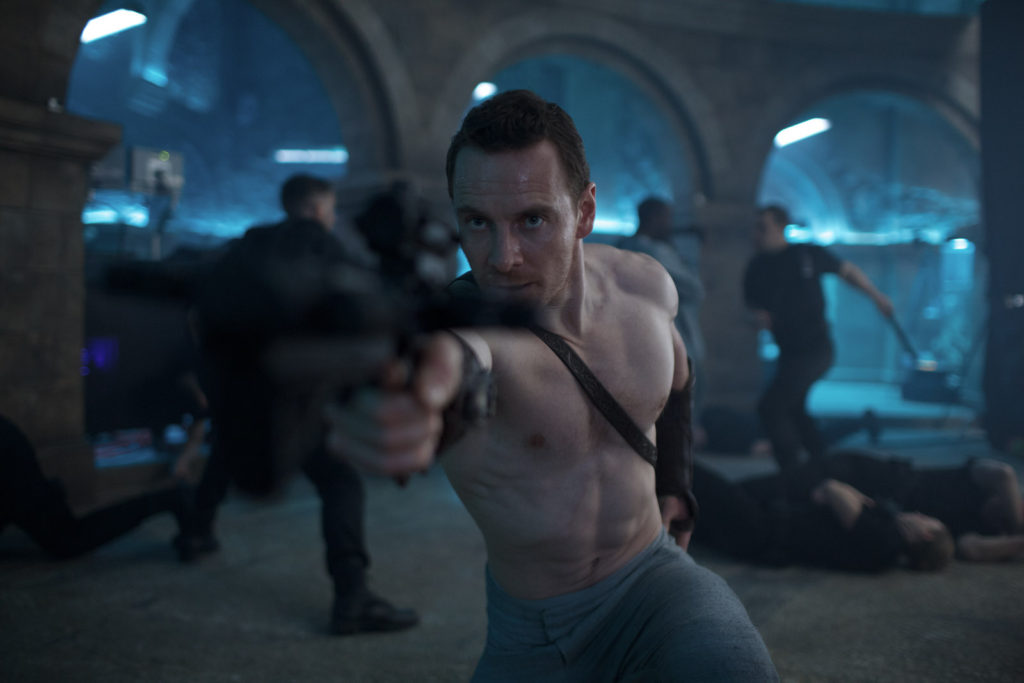 “The arm is a dancing partner for Cal, and it is reading his genetic memories. It interprets them to play the movement back so it can be experienced more strongly,” explains Nicholson. “The way we’re shooting it, if he’s fighting someone you’ll see the impact from that fight in the room for real. The chance to do that is really unusual. It simply hasn’t been done before.”

One Reply to “WATCH: Into the game-to-movie world of ‘Assassin’s Creed’”