Believe it or not, a family-friendly version of Deadpool that is said to fit the “prison of child-like innocence” is coming to cinemas next year! Now, even the young ones (yes, those beyond millennial age) will be able to grasp the humor from this unconventional hero – Ryan Reynolds included, that we all love. Welcome the new year with a new movie to look forward to!

For those who haven’t seen the trailer which was released by 20th Century Fox mid-November, here’s a one-minute peek at the “greatest bedtime story ever”, Once Upon A Deadpool:

From the studio that brought you A Miracle on 34th Street and Home Alone, everyone’s favorite disreputable superhero returns to the big screen with a fairytale twist on Deadpool 2 that the whole family can enjoy. With over 20 minutes of never-before-seen footage, Once Upon A Deadpool is said to be jam-packed with festive surprises. 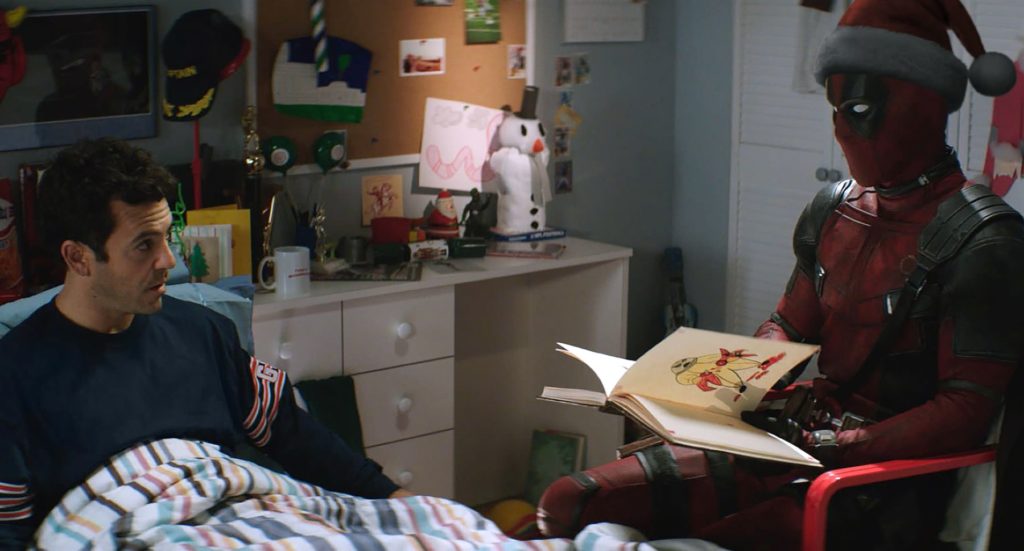 Fred Savage & Ryan Reynolds in ‘Once Upon A Deadpool’ from 20th Century Fox.

Deadpool debuted in February 2016 with the biggest R-rated opening of all time with more than $750-million globally. The Marvel flick was also honored as the first live-action superhero movie to be nominated for a Golden Globe for Best Picture in the Comedy or Musical category, and Reynolds (as Deadpool) was also nominated as Best Actor. After the release of Deadpool 2 this 2018, it’s good to hear that they considered introducing Deadpool to the entire family in the start of 2019. The young ones and easily-offended oldies are missing out on a lot of the good stuff that millennials would be ashamed of watching with them.

Once Upon A Deadpool, now rated PG (Parental Guidance) by the MTRCB can be seen on the big screen even by children below 13 years old. See you in cinemas starting January 16, 2019!

For more details about Once Upon A Deadpool, visit: