Pink is womanly, charming, warm, and intimate. Pink tempers the fire of red with a mellow loving spirit. Pink calms our negative feelings of aggression, animosity, and cynicism. Pink composes the nerves which brings an overall feeling of love and tenderness. All hues of pink are pleasing to the eyes – you can easily tell why even Manila Millennial‘s logo is in millennial pink hues! This color does not always represent femininity or superficiality. It has become a symbol of power, especially for female-centered advocacies such as championing breast cancer survivors and warriors against gender-biases.

Before you associate pink as something just for girls, check out these situations when pink became more than just a color. Number 5 will make you want to get pink stuff even though you’re a guy! No gender biases here, don’t worry.

1. Pink Ribbon as a symbol of support, unity, and survival 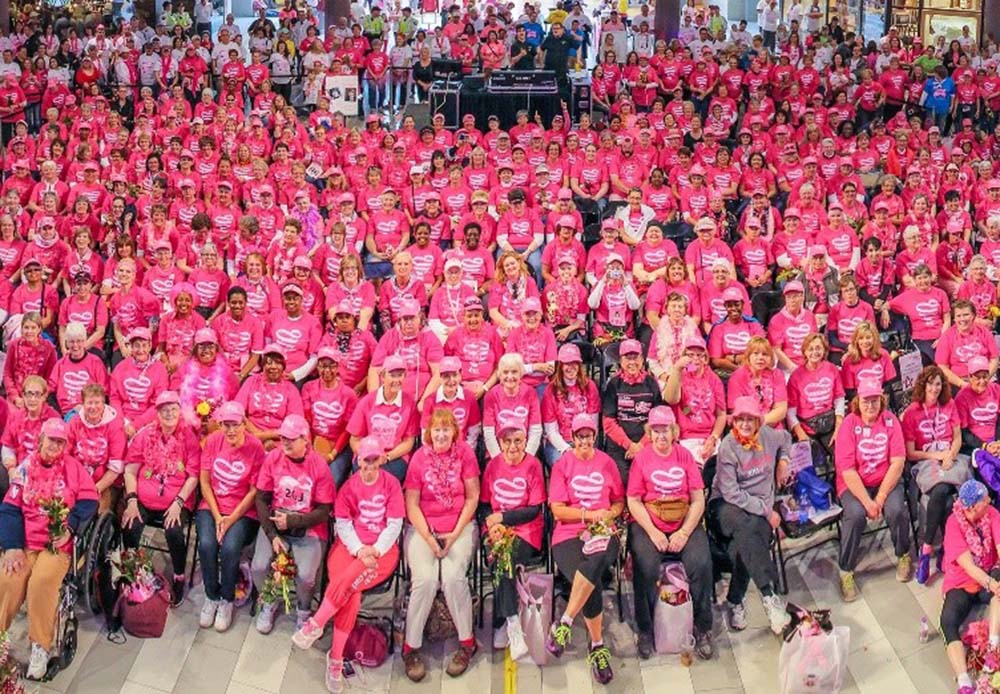 The pink ribbon signifies the promise Komen founder Nancy G. Brinker made to her sister Susan G. Komen on what she could do to fight breast cancer. Today, the pink ribbon stands not only as a symbol of female strength and spirit against the disease but also as a testimonial that pink is powerful.

2. Pink as a color of Friendship 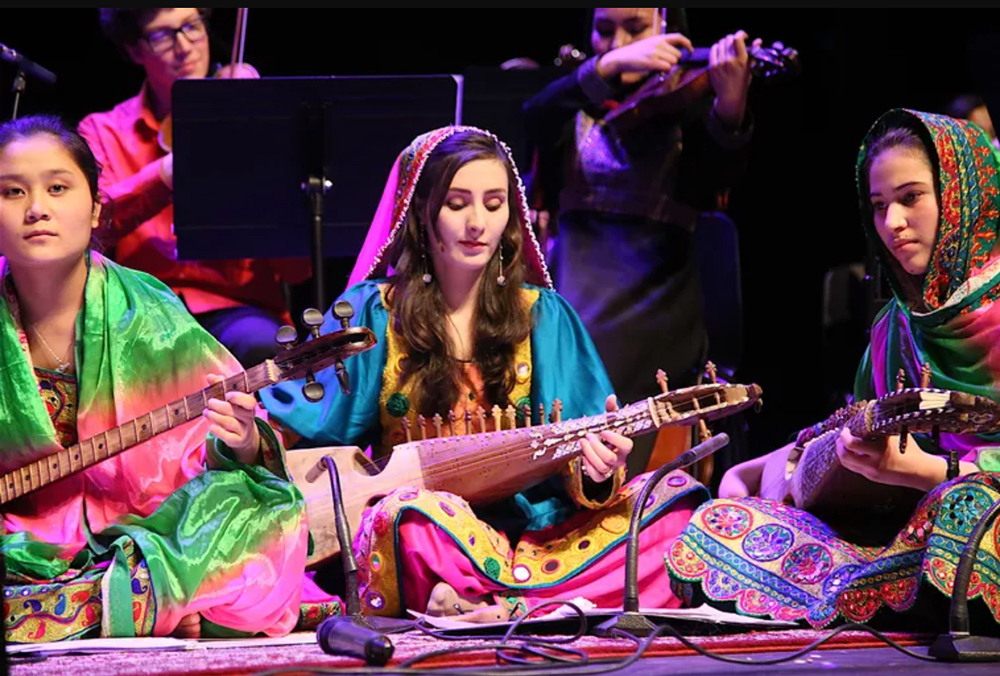 Bring together friendship and unity and they can move mountains. The power of female partnerships has shaped societies and changed the world and history for generations on end. One important example of this strong female friendship is the Zohra Orchestra, an amazing group of female friends from Afghanistan who became the nation’s first all-female musical group. Under the strict Taliban rule in the 1990s, music was thought of immoral and, as such, were banned especially for women. But the Zohra Orchestra ignored perils to their life and constant threats and dangers to embrace their rights as women and their love for music.

The Haenyeo are also an example of how a team of women could bring progress not only within their household but in the community as well.  The Haenyeo are a group of Korean women divers, all aged over 50, who live the island of Jeju in South Korea. Diving is seen as a woman’s profession on the island that so many Korean households in Jeju have seen a complete role reversal of the genders, where men stay home to look after the children while women work for the family. These women have ran the economy of Jeju and have since built a tight-knit community.


Here, women have challenged gender roles and have done so together as a strong band of game-changers, very much like how pink is seen as solely feminine but also serves to symbolize strength in women in so many ways.

3. Pink as a reminder of Self-Love 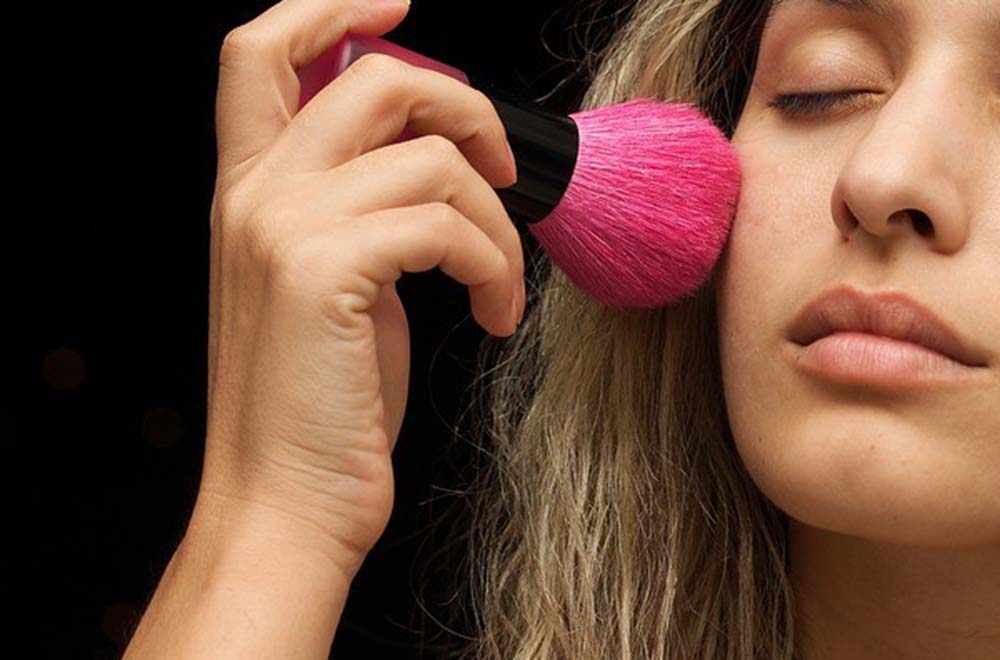 Pink also represents beauty and self-love. The beauty of a woman has, time and gain, proved powerful when it comes to changing the course of life and history. Cleopatra, the queen of Ptolemaic Kingdom of Egypt, was famous not only as an acme of intelligence but mostly because of her surpassing beauty. Helen of Troy, with a superior beauty that popularly “launched a thousand ships”, ran away with the Prince of Troy which erupted a 10-year war between the Greeks and the Trojans in the latter’s desperate battle to win her back.

Beauty in women has been a subject of admiration for poets, artists, and even powerful men in politics. Their skin of blushed pink is an indication of health and charm and the roses and corals in their clothes and bosom exudes femininity.

The power of make-up has also, time and again, proved to be an effective agent when it comes to female world domination. The make-up revolution has placed women in the pedestal, not just for their beauty but also for their power to stir the world and its modern view on the modern women.

4. Beyond a ‘girly color’: Pink for feminine pride 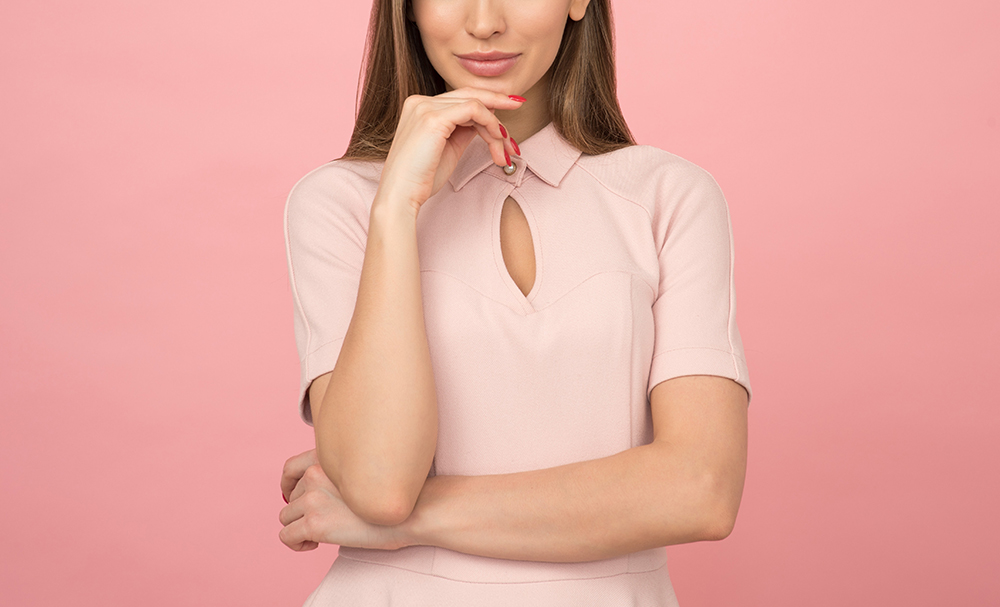 How many pink outfits do you think we have?

Pink is the new black in fashion. Women in the workforce has worn their colors loud and proud—feminine as they may be—but minus falling into the cookie cutter image of being the inferior gender in the rat race of the work world. Wearing pink and other colors of femininity in the office allow women to show that they are unapologetically embracing feminine strengths while conquering the world. In the world of grays and browns, pink is a bold statement to make that women who wear them are out to get their goals and missions and get things done.

5. Pink as a color of powerful and smooth performance 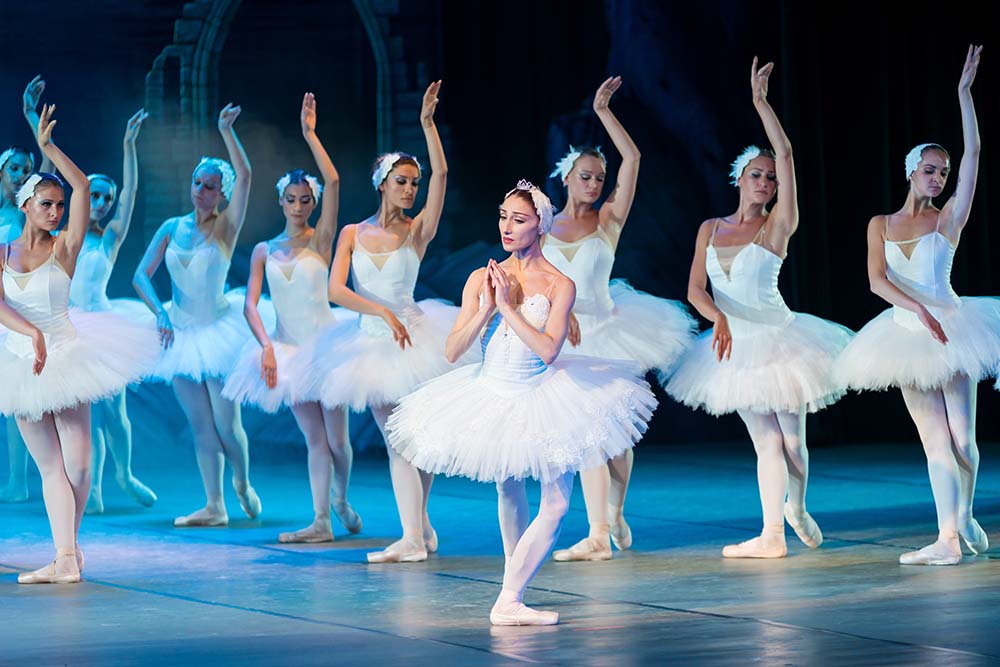 Choreographer George Balachine once said that “ballet is woman”. Ballet shows the sublimity of the female form and the grandeur of ballet is something that women ballerinas have impressed upon in the world of arts. In the stage of ballet, the woman rules. Elegant, graceful yet strong, ballerinas in their pink tutus epitomize femininity with a purpose.

Much like the femininity of pink and all things women, Vivo’s limited edition V11i in Fairy Pink is delicate and chic but boasts of powerful features underneath its hood. Its smooth performance complements its beauty. 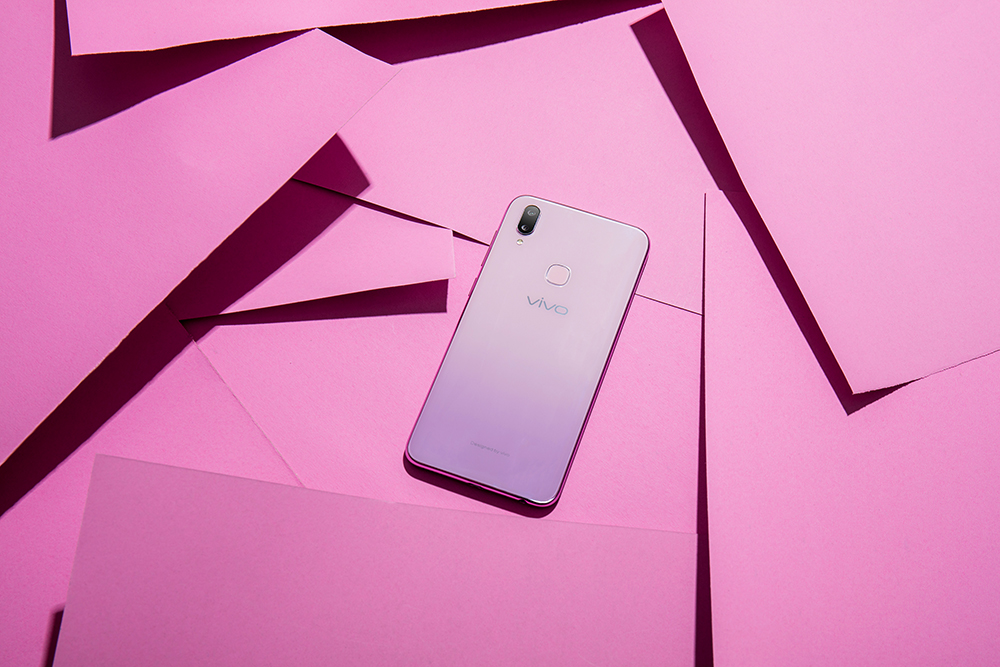 The Vivo V11i in Fairy Pink has a strong core.

The Vivo V11i has AI dual rear cameras which offers an augmented perspective with the second lens allowing for improvement of sharpness. The ever popular Bokeh effect enhances photograph focus with a blurry effect thrown in for added drama. Its 16MP + 5MP dual rear camera fusion increases the amount of perspective, giving a near 3D image effect on photos. The superior photo quality is supported by Dual Pixel Sensors which boosts light sensitivity and focusing speeds.

It also has a 25MP front camera that renders high quality selfies. It is also equipped with the AI Face Beauty, the AI Selfie Lighting specs, and the newly-updated AI Face Shaping technology that adds oomph to every shot. 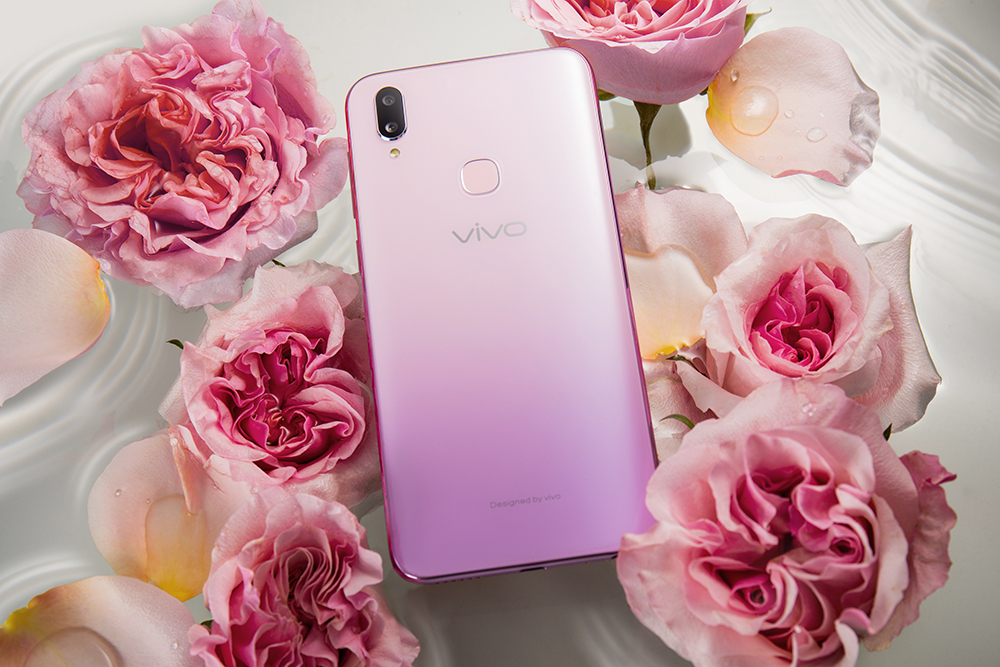 The smartphone is also popular for its gaming specs. The Vivo V11i has an Artificial Intelligence (AI) assistant packed in which aids in its superior gaming performance. With the Game Mode on, the CPU and RAM are automatically optimized, allowing for an uninterrupted gaming experience. A button for auto-rejecting calls and temporarily blocking of background calls are the features under Game Mode, with added dynamic specs such as the new-generation 2.0 GHz octa-core AI processor, and 128 GB ROM + 4 GB RAM which allows for smoother gaming action.

Vivo V11i in Fairy Pink will be available for P15,999 in Vivo kiosks and concept stores nationwide. You can also order one online via Shopee.

What do you think of this new addition to the mobile phone world? Share your thoughts by commenting below or getting in touch with Manila Millennial on Facebook, Twitter, and Instagram. For updates about Vivo, visit: