Before I started blogging and posting photos of myself online in 2016, I used to be so insecure about a lot of things – from the topics that I write about to the smallest details in my photos. I used to think that running my own website while having a full-time job under the advertising industry wouldn’t be possible just because someone said that I can’t. Fast forward to 2018, here I am now, still writing for Manila Millennial and still enjoying a balance between the two worlds that I’m in. In a world where people constantly bring each other down, challenges like this usually pave the way for people to give it their best shot and prove their worth. Albeit gaining emotional (and sometimes even physical) battle scars, there are people who stand up stronger after every fall. These are the stories that give hope to those who are still trying to get back up and luckily, a brand has opened up a platform for women to share their inspiring stories and guide the younger generation in getting back to their game. 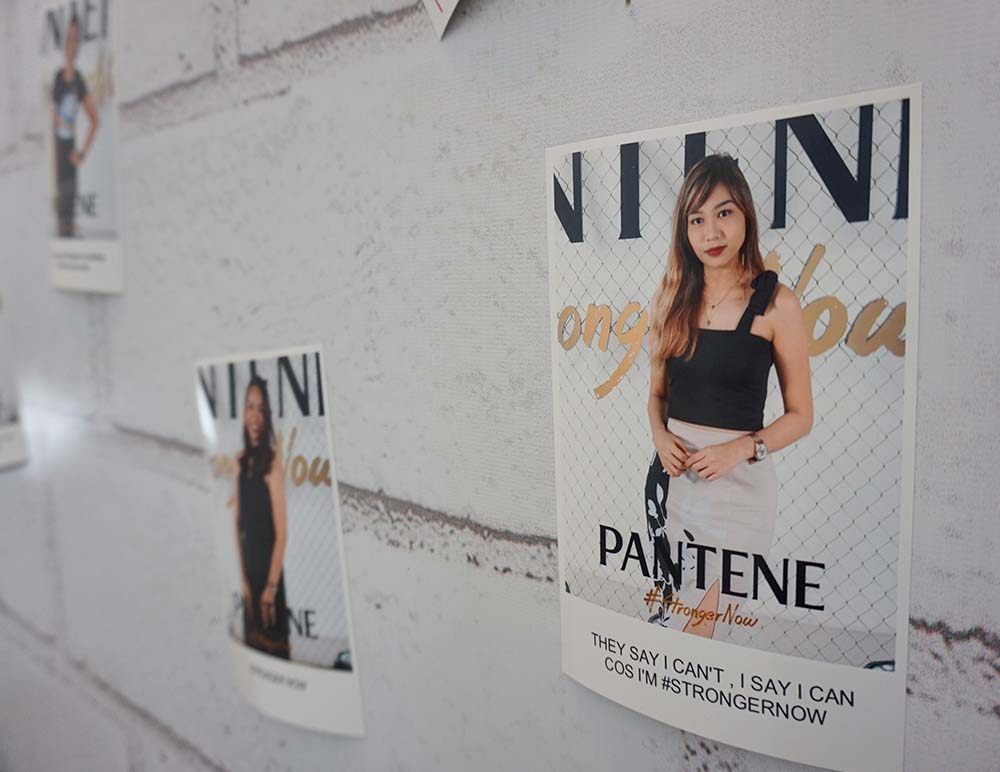 As a brand that has always worked to make women feel confident about their own version of beauty, Pantene Philippines started the #StrongerNow movement, recognizing that scars are not meant to be hidden—that they are to be worn with pride, especially that they are signs that a woman is braver, more beautiful, and stronger now because of the struggles she overcame. This campaign aims to inspire Filipinas to celebrate every scar, every sweat, every struggle that made them the kind of strong they are now. 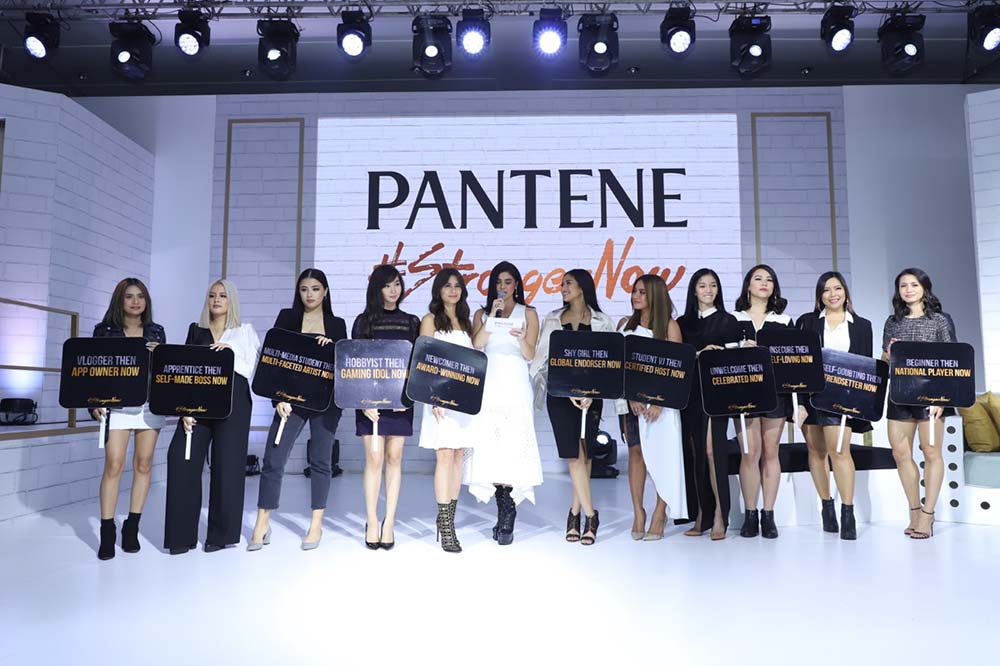 #StrongerNow is a collection of stories of struggles and triumphs of Filipinas in all walks of life—from the celebrities we have grown to love to the everyday women we see on our daily commute. It tells stories of real Filipinas whose strength and resilience further let their inner beauty shine. With this campaign, Pantene Philippines also launched the new Pantene Pro-Vitamin series, which features the first-ever vitamin shampoo. It is the answer to the problem of hair breakage due to washing daily. The Pantene Pro-Vitamin series strengthens hair against breakage with every wash, much like the women it supports—stronger with every damage. 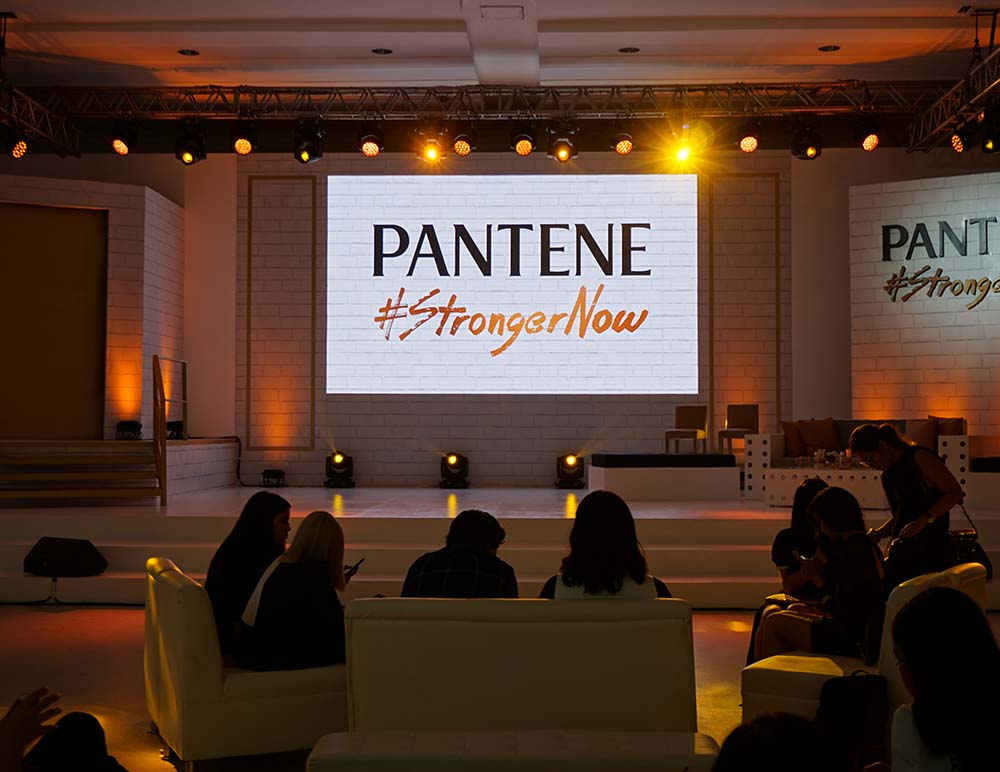 Gracing the launch held at Whitespace Makati last Thursday (September 11, 2018), celebrities Anne Curtis-Smith and Gabbi Garcia, together with Pantene Philippines’ brand ambassadors, Anna Cay, Alodia Gosiengfiao, Chi and Gabs Gibbs, Dennise Lazaro, Jasmine Curtis-Smith, Joyce Pring,  and Say Tioco, led the forefront of the #StrongerNow movement. They are joined by Kevin Balot, the first Filipina transgender who competed and won Ms. International Queen 2012 and Stacy and Danah Gutierrez of Plump.ph who have been advocating for body positivity for almost a decade now. For a glimpse of what they’ve been through, here’s what some of them said about their #StrongerNow experience: 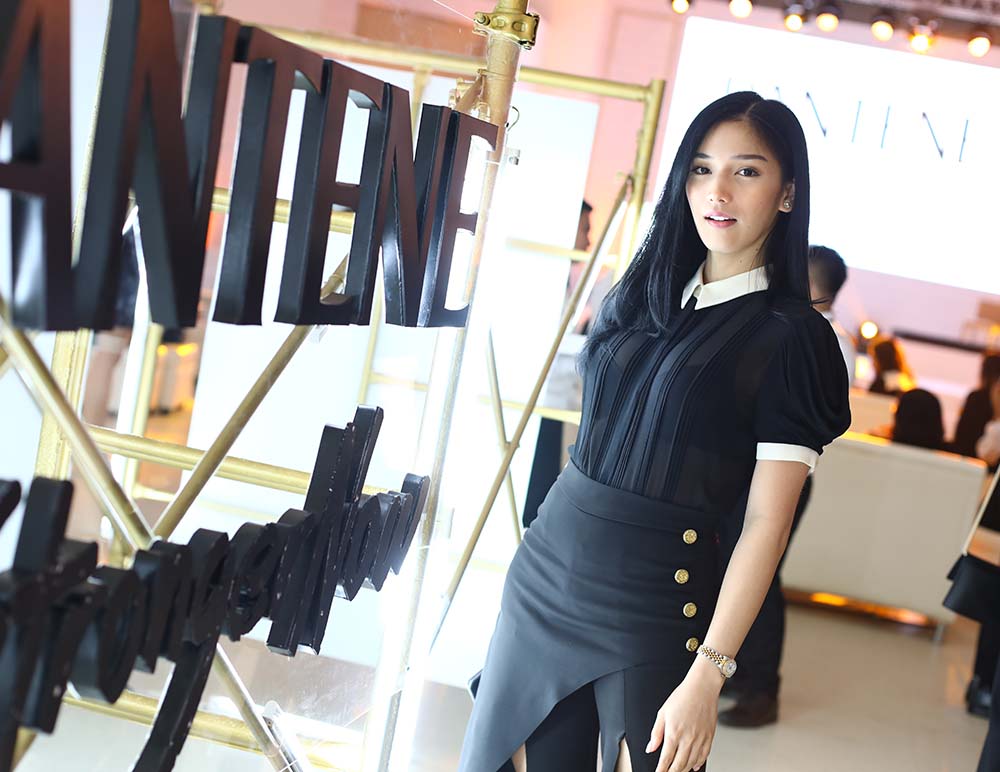 The first-ever transgender Filipina to represent Pantene Philippines and win the Miss International Queen crown in 2012, Kevin Balot has gone through a rocky road to be where she is right now. As the only boy in her family, Kevin grew up with expectations from her father that she would turn out to be an engineer, but she had other plans for herself. She worked several jobs and joined beauty pageants to put herself through nursing school until Miss International Queen 2012 happened, and the rest was history.

Now, Kevin tirelessly works to continue to expand the knowledge of Filipinos about the most underrepresented segment of the LGBT and the advocacy she lives by. 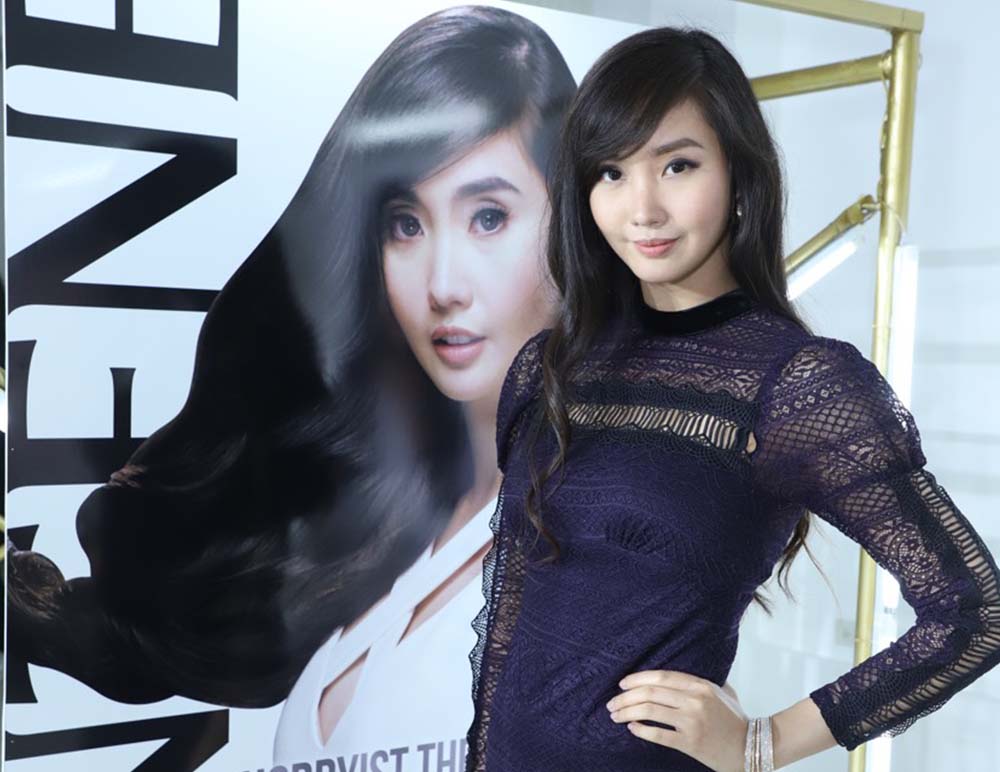 From a girl who used to be seen just as a “pretty face” behind cosplay and gaming conventions, Alodia Gosiengfiao has broken barriers and reached the level of a gaming idol now. With thousands of followers who are always watching her livestreams, Alodia has proven that even women are capable of standing out in a male-dominated gaming community as well. 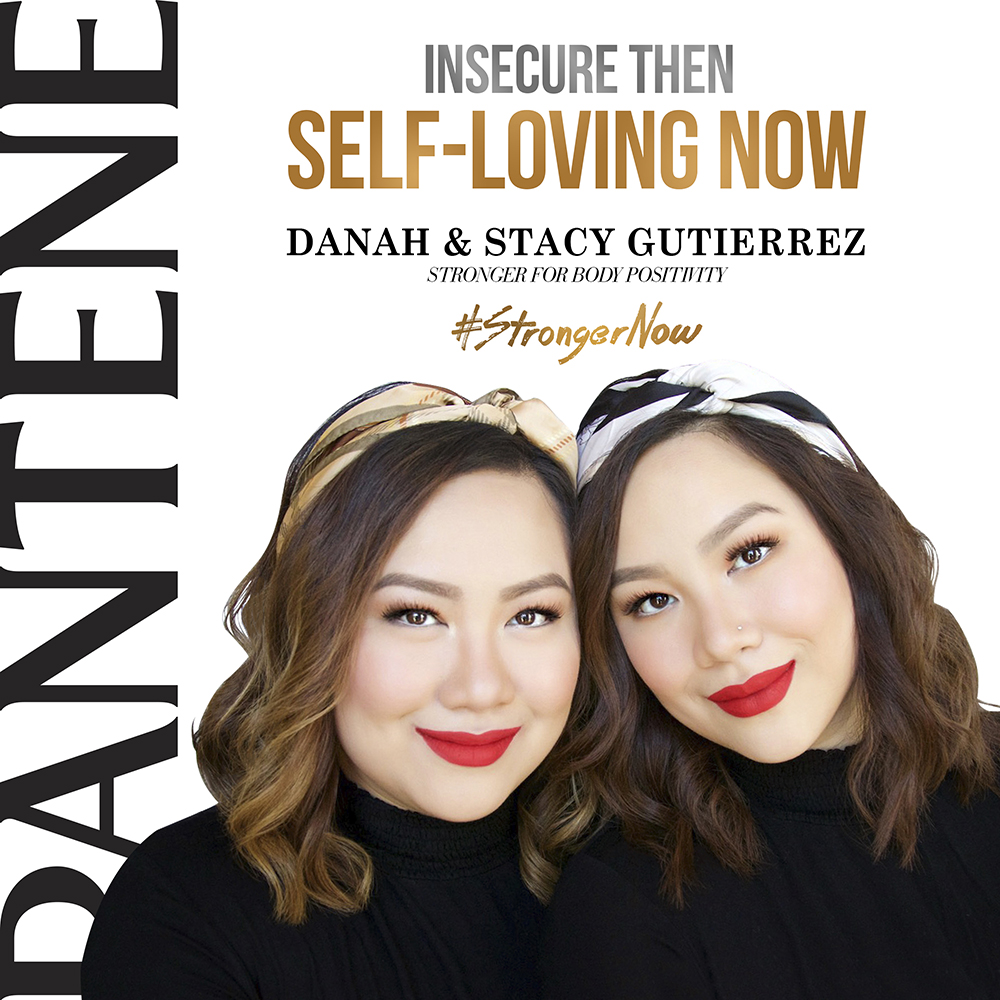 The women behind Plump.ph and twin sisters, Danah and Stacey Gutierrez, were not always the body-positive figures we have grown to admire. They, too, had fought their own battles with body shaming, eating disorders, and insecurities that never seem to end. Since winning over their struggles, they are among the first women to spearhead the body positivity movement in the Philippines with their blog that they started in 2009. Plump.ph aims to challenge the society’s stereotypes on body image by promoting the idea that beauty comes in all shapes and sizes. 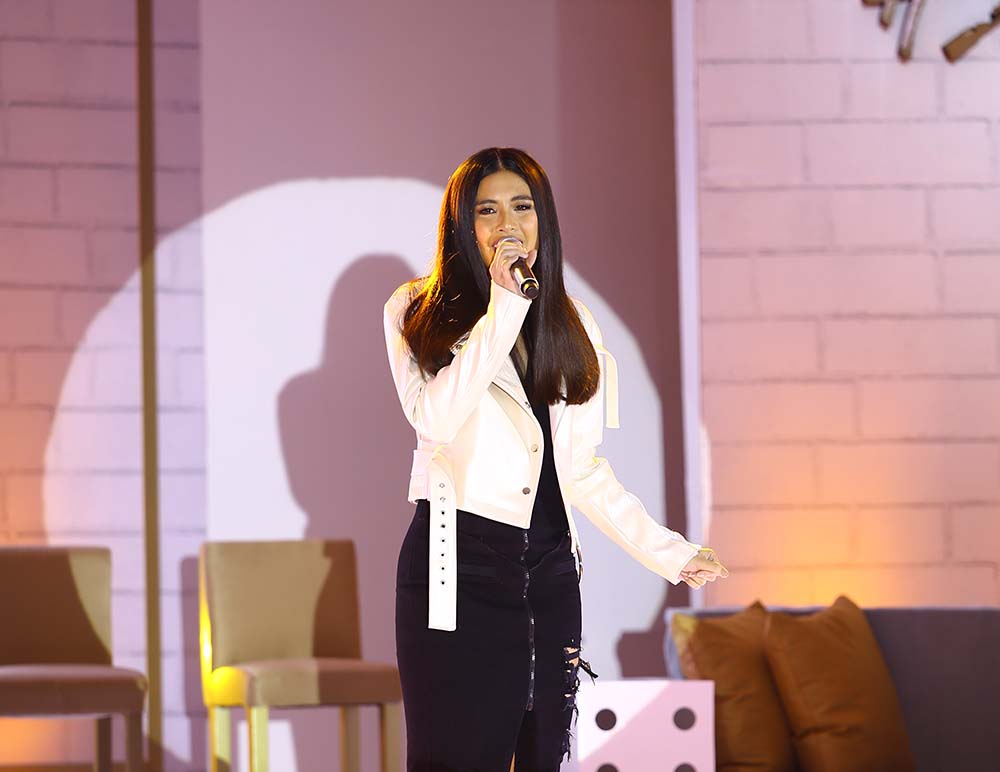 A true morena beauty, Gabbi Garcia also used to go through insecurities and criticisms for being too “regular-looking” as an actress. These hurtful words and rejections throughout her career gave her a strong heart to break through beauty standards and help other girls to feel confident and proud of themselves.

“I was so insecure with all the other girls, but I tried to hide that. Although it eventually came to a point where I started to question my worth. Am I worth other people’s time and attention?,” she asked.

She was able to let go of her doubts as she learned to find strength in herself and in others, working towards inspiring the people that look up to her that regardless of your looks and what others think, it is important to stay true to yourself.

Anne Curtis-Smith: Criticized then, on top of her game now 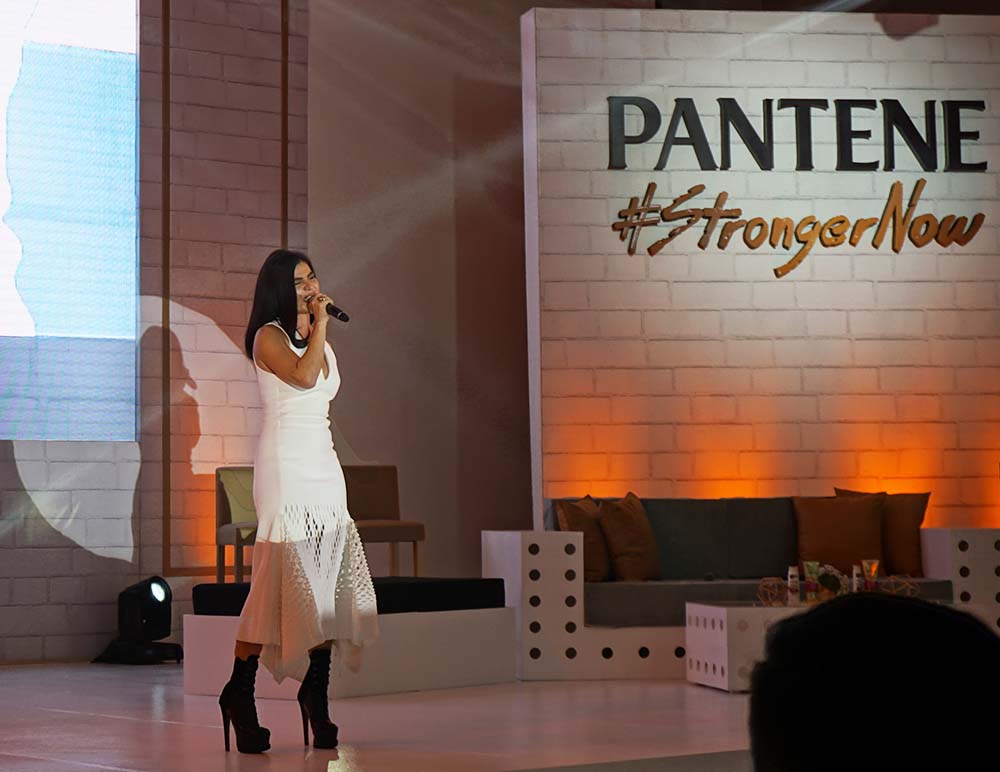 From being a TV sweetheart who has been criticized for “not knowing how to sing” and speak Filipino to a daring movie star with award-winning roles, Anne has proven to be one of the most resilient stars in show business. Despite the hate thrown at her for attempting to do things beyond her comfort zone, Anne continued to practice and eventually ended up with sold-out concerts.

“It was a slow climb to achieve my dream, but with patience and willingness to learn and speak Tagalog fluently, networks, directors, and producers took notice that I was improving in my craft. From then on, I have never stopped working, and now… I am ANNEstoppable,” shared Anne. 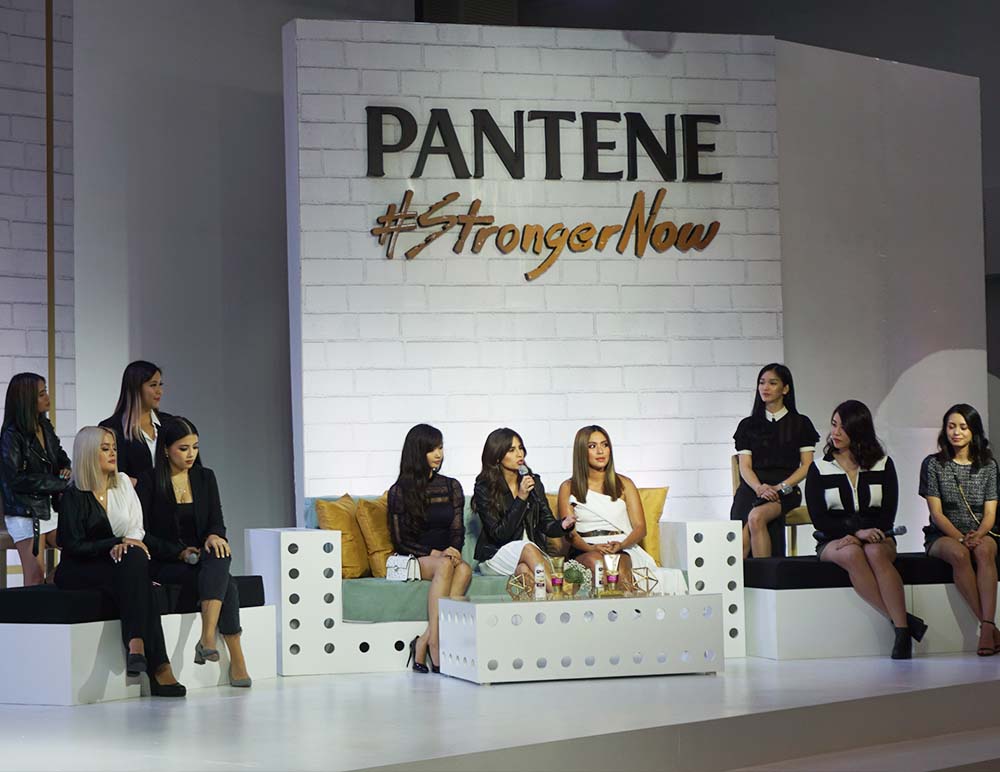 Those are just some of the stories that you can see in Pantene Philippines’ latest movement. Other inspiring accounts to watch out for include how Anna Cay went from vlogger to app maker; how Chi Gibbs leveled up from being an apprentice to a self-made boss; Gabs Gibbs’ journey from being a multi-media student to multi-faceted artist; Dennise Lazaro’s beginner to national athlete triumph; Jasmine Curtis-Smith’s setbacks from being a new comer until her award-winning success; Joyce Pring’s student VJ days that led her to being a certified host now, and Say Tioco’s transformation from being self-doubting to a trendsetter. 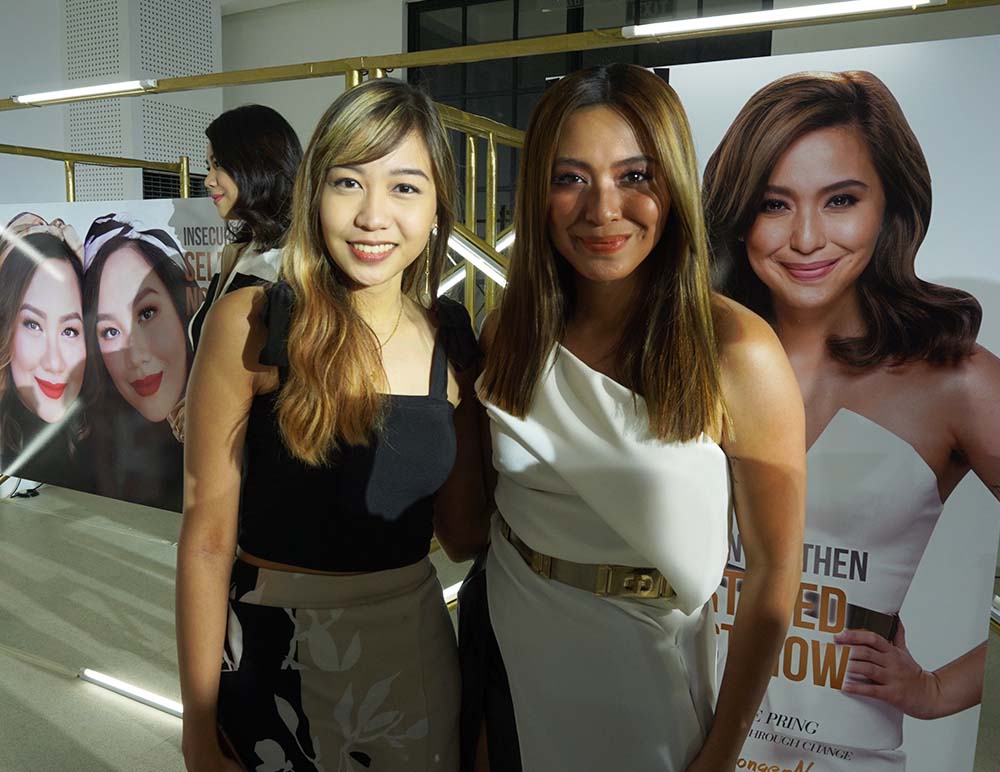 The stories of struggles and success of Anne and Gabbi, as well as of every Filipina out there, run parallel to the benefit that Pantene Pro-Vitamin shampoo and 3 Minute Miracle conditioner give to women. You are stronger after every struggle, just like how your hair is made stronger with every wash. 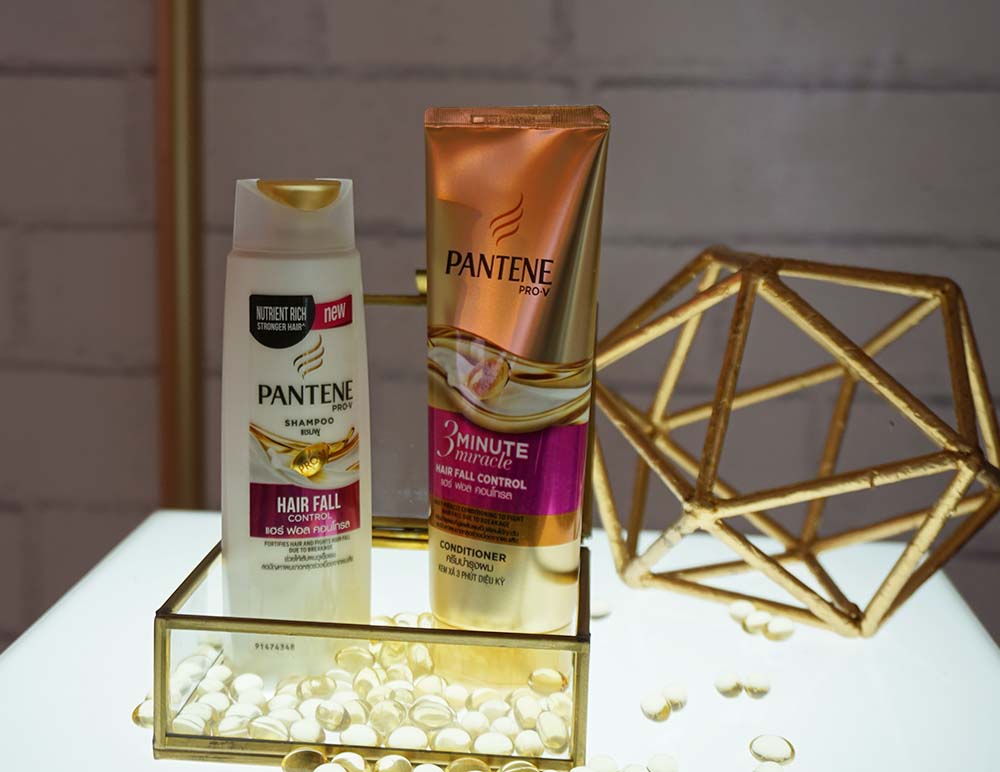 The new Pantene Pro-Vitamin shampoo and 3 Minute Miracle conditioner are designed to put in more nutrients with every wash, strengthening hair with resilience to take on daily hair stress. Through the patented Gel Network Technology, your hair is replenished with essential nutrients—anti-oxidants, emollients, and Pro-Vitamins—by melting lipids into the fibers. It give better lather, provides detangling, and prevents hair fall. This comes in 4 variants — Hair Fall Control, Total Damage Care, Silky Smooth Care, and Color Protect. Each 170ml Pro-Vitamin shampoo retails for P109 and 150ml 3 Minute Miracle for P149.