The long wait is over! Sierra Burgess is here and she’s about to show everyone how a “loser” can still manage to achieve a happily ever after in life… in a crazy way. Last Friday (September 7, 2018), Sierra Burgess is a Loser started streaming on Netflix and we’ve got our eyes on this rom-com film ever since they released a trailer.

I’m sure most of the girls will be watching this because of Noah Centineo, who also played lead hunk Peter Kavinsky in the recently released To All The Boys I’ve Loved Before. However, there are more reasons to watch this. Included in those are Shannon Purser’s return to the screen after her disappearance in Stranger Things as Barb, a villain-turned-confidante relationship that we don’t often see in stories, and situations that are so relatable for everyone who has been bullied or who felt like a loser at some point in their life.

I know people online have been clamoring on how Sierra doesn’t deserve a happy ending. Who are you to say that, though? It may sound stupid that I’m defending a fictional character, but that fictional character’s situation can be true-to-life. Sure, she’s a loser for making poor decisions in life, stealing a kiss (which wasn’t really her idea, by the way), catfishing someone (mentioned over and over throughout the film), and getting revenge for something that she’s unsure of. Personally letting this pass because there’s a resolution at the end and she showed how sorry she was and how she realized her mistakes. While a happy ending won’t be waiting for people like this in real life, it feels good that Netflix was able to give a bit of hope to everyone who has struggled with their bodies and who are ashamed of revealing who they are beyond small computer or phone screens. I KNOW A LOT OF THWM. How is this worse than a character who forces to be socially acceptable and pretty just to seek revenge? I rest my case. The film lacks detailed closures, that’s it. 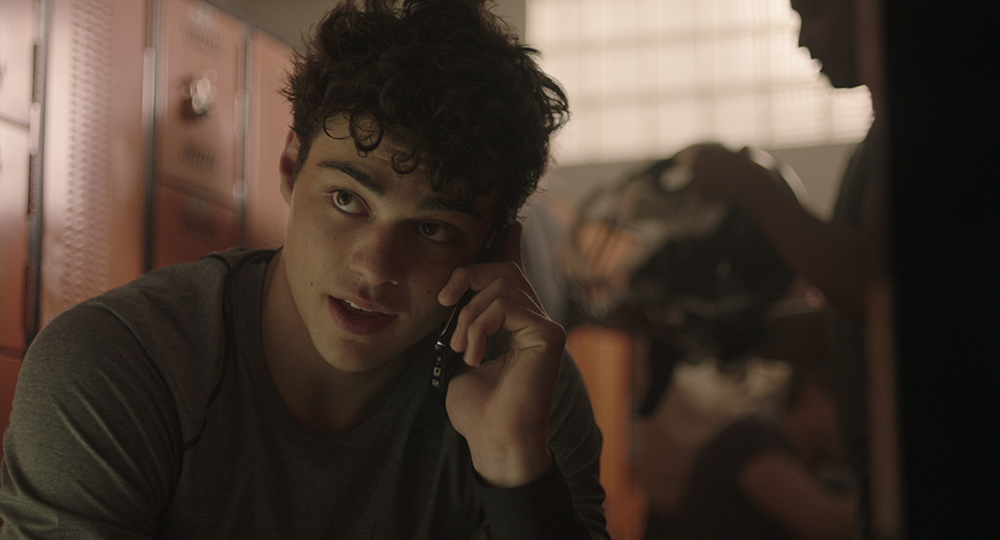 This is not a drill: The internet’s new-found boyfriend Noah Centineo also has a role in ‘Sierra Burgess is a Loser’. (Photo courtesy of Netflix Philippines)

On a personal note, Sierra Burgess is a Loser ranks first when compared to other Netflix rom-com films like Kissing Booth or To All The Boys I’ve Loved Before. This story puts the spotlight on an underdog and it can make anyone believe that everyone is capable of getting a shot in love – even those who do not meet the beauty standards that are being imposed by society. Think of it as a long-form and expounded version of Taylor Swift’s You Belong With Me with Sierra in Taytay’s position. Veronica (Kristine Froseth) is also very hard not to love even with her bitchy and hilariously clueless answers. 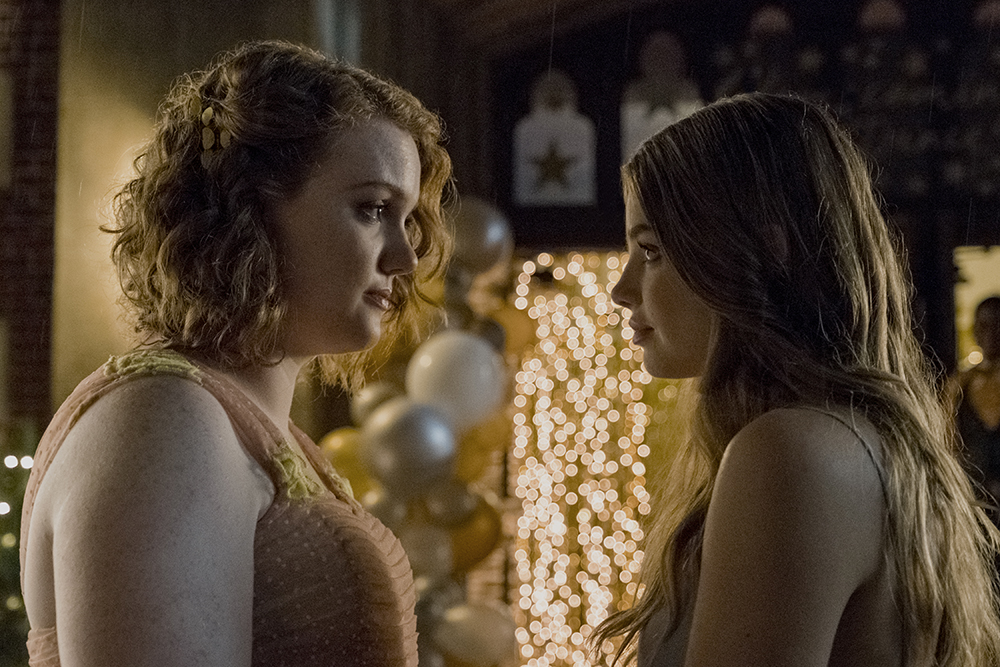 “Why does everyone assume that I’m lesbian?”: Shannon Purser and Kristine Froseth in ‘Sierra Burgess is a Loser’. (Photo courtesy of Netflix Philippines)

In Sierra Burgess is a Loser, Shannon Purser plays the titular character, a straight-A student who never cared about not fitting the stereotypical definition of what it is to be attractive in high school — until a case of mistaken identity leads to an unexpected romance, making her lose her self-confidence and literally, her own identity. This Netflix rom-com can make anyone feel giddy with kilig, especially with Noah Centineo playing Jamey, the hot but smart and sensitive quarterback that Purser’s Sierra flirts with and falls for via texting – something that oldies would label as a “millennial thing”. Her character is also burdened with uncertainty of the future albeit being a smart gal, because in a society like this, who gives a damn about JUST a smart person? It’s always about the achievements that you have, the causes that you’re fighting for, or resume-worthy things that a lot of us are missing. Now, tell me if this isn’t relatable enough!

Overall, it’s a stress-free and feel-good film that deserves your attention. 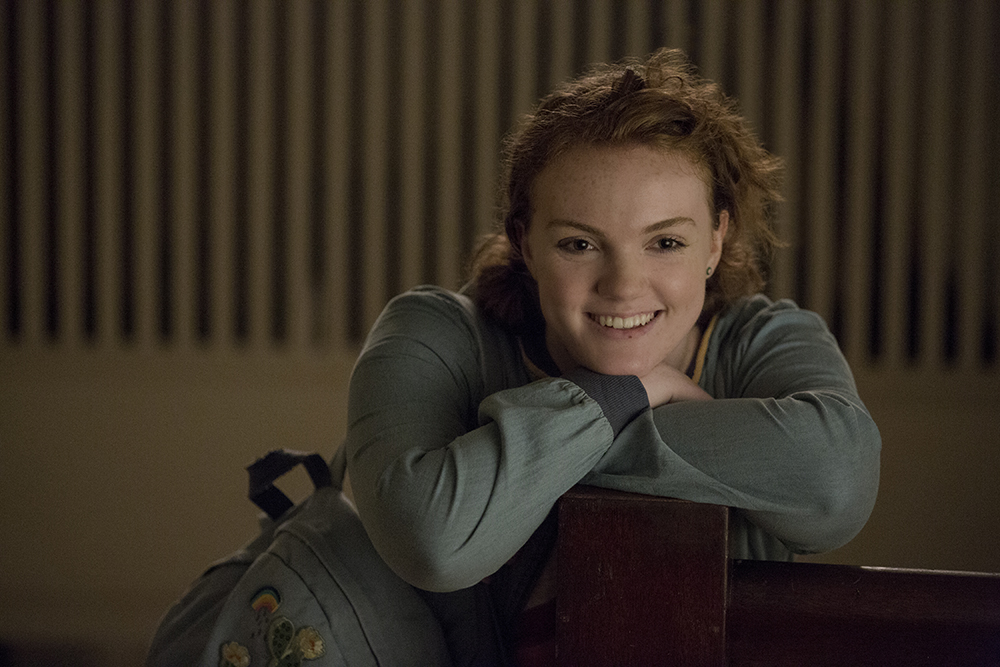 Look at that adorable smile! Shannon Purser as Sierra Burgess in ‘Sierra Burgess is a Loser’, a high school-set rom-com . (Photo courtesy of Netflix Philippines)

Manila Millennial was also able to get insider reactions from our friends at Netflix Philipines:

“I love Sierra because she isn’t a trope,” says Purser of the first lead character she’s ever played. “She’s not the traditional love-obsessed nerd or the angry, angsty outcast. She’s not desperate for male attention, she just falls head over heels in love for the first time and has to figure out how to love herself in the process.”

Lucky for Sierra Burgess, the boy she falls head over heels in love with for the first time is “more than just a hot jock,” as Sierra says in the trailer.

“People seem to be looking for more optimistic stories that inspire given the state of the world, and maybe that has something to do with a resurgence of rom-coms. It’s definitely an escape to a warm place,” says director Ian Samuels. “Sierra Burgess is important in the trend because it does have a core heart of value with its themes of self-confidence, universal human experience and empathy. I wanted the heart and messaging of the movie to feel modern and turn the genre in unexpected directions. Music is an integral part of the movie as well that will set this apart. I knew that I wanted to score with songs, like a teen mix tape. But, like the movie, I didn’t want that mix tape to feel top 40. I wanted something fresh and emotional and timeless YA neon-feeling.”

Watch it as son as you can! Promise, you won’t regret it. Sierra Burgess is a Loser is now on Netflix! 10/10 without a doubt from us.