It’s Friday the 13th! Have you heard about scary (or quite unlucky) things that happen on days like this? We have our own share of updates, but you’ll have to mark your calendars for this one. If you love hearing about supernatural incidents and folklore-based stories that can send chills down your spine, you better get ready for an original Indian horror series that is set to possess your screens this 2018!

From the makers of Insidious, Get Out, and Udta Punjab comes GHOUL — a chilling series about a prisoner who arrives at a remote military interrogation center and turns the tables on his interrogators, exposing their most shameful secrets. However, even though they can fight the demons of this world, the ones that aren’t are still looming around.

Based on Arabic folklore, GHOUL is set at a covert detention center at which military officials question and often torture suspected terrorists.  Nida (played by Rathika Apte), a newly minted interrogator who turned in her own father as an anti-government activist, arrives at the center to discover that some of these terrorists are not of this world, and she must fight for not just the truth behind the military’s hyper-nationalist goals, but for her survival in the face of demons — both human and not.

“Ghoul is a thrilling horror series, both frightening and insightful. Its high production value, a chilling performance from Radhika Apte, and quality writing are sure to scare Indian and global audiences alike,” said Simran Sethi, Director of International Originals.

On the other hand, Vikramaditya Motwane of Phantom Films also shared how excited they are about the series: “Ghoul is a first in class, edge-of-your-seat horror series – that we are incredibly proud of. This is our second collaboration with Netflix (after Sacred Games) and yet another strong example of commitment towards high quality content. We are extremely proud of Ghoul – and cannot wait for audiences around the world to experience an elevated horror narrative from India.” 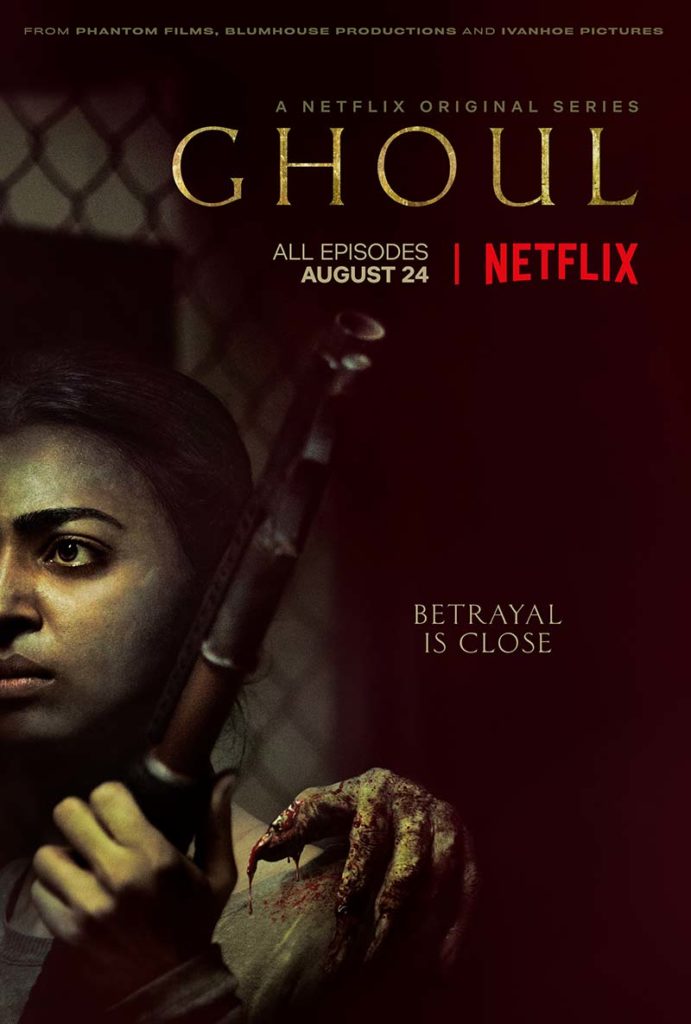 This first ever original Indian horror series to enter Netflix, written and directed by Patrick Graham, will be released globally on August 24, 2018 with only three (3) one-hour episodes. We can’t wait to see more of different cultures on the site!

The rest of the story remains a mystery for now, but you can visit netflix.com/GHOUL for instant updates. Don’t forget to follow Manila Millennial on Facebook, Twitter, and Instagram for instant updates on upcoming Netflix shows. You can also check out: