(Note: My alien-mystery-loving self is currently shaking as I write this update.)

After skipping last year’s HISTORY CON, Ancient Aliens’ Giorgio A. Tsuokalos (the same guy you’ll see in alien-related memes) will be returning to Manila this August for HISTORY CON 2018!  If you can remember our Instagram and Facebook updates from 2016, you’ll know that we were close to tears as staff informed us that his session was already full, so if you share the same sentiments, keep reading so you’ll know where to buy tickets way ahead of his live session. 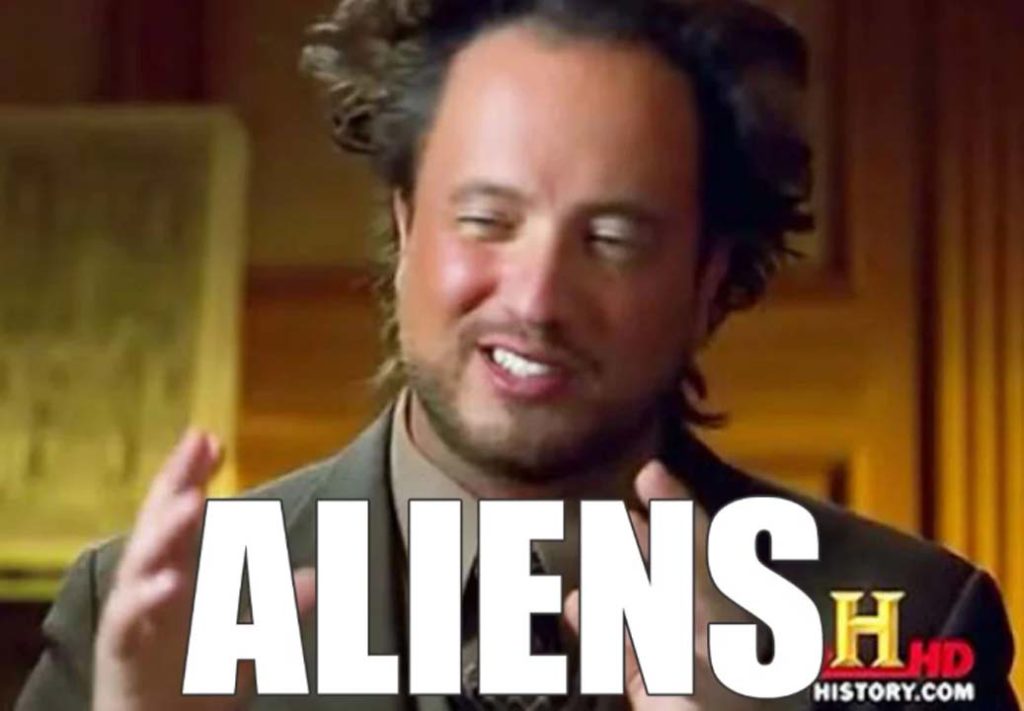 Remember him from the “aliens” meme? (Photo taken from… it’s all over the Internet!)

Like previous conventions, this year’s activities are still slated to happen at the World Trade Center in Pasay City from August 10 to 12, 2018. To add, your Manila Millennial has been part of this world-class entertainment convention’s record-breaking attendance of 68,800 people in 2017 and 50,000 people in 2016 so we’re stoked for this year’s event! HISTORY fans, me included, have been raving about Tsoukalos’ return to the Philippines since his first appearance at HISTORY CON in 2016.

Tsoukalos, leading contributor and co-executive producer of the show Ancient Aliens (one of our favorites!), will headline this year’s powerhouse roster of international and local celebrities to ignite fun and excitement in the third edition of a highly anticipated event. Produced by Prometheus Entertainment, Ancient Aliens is a top-rating sci-fi series which explores the theory that extra-terrestrials have been visiting the Earth for millions of years. 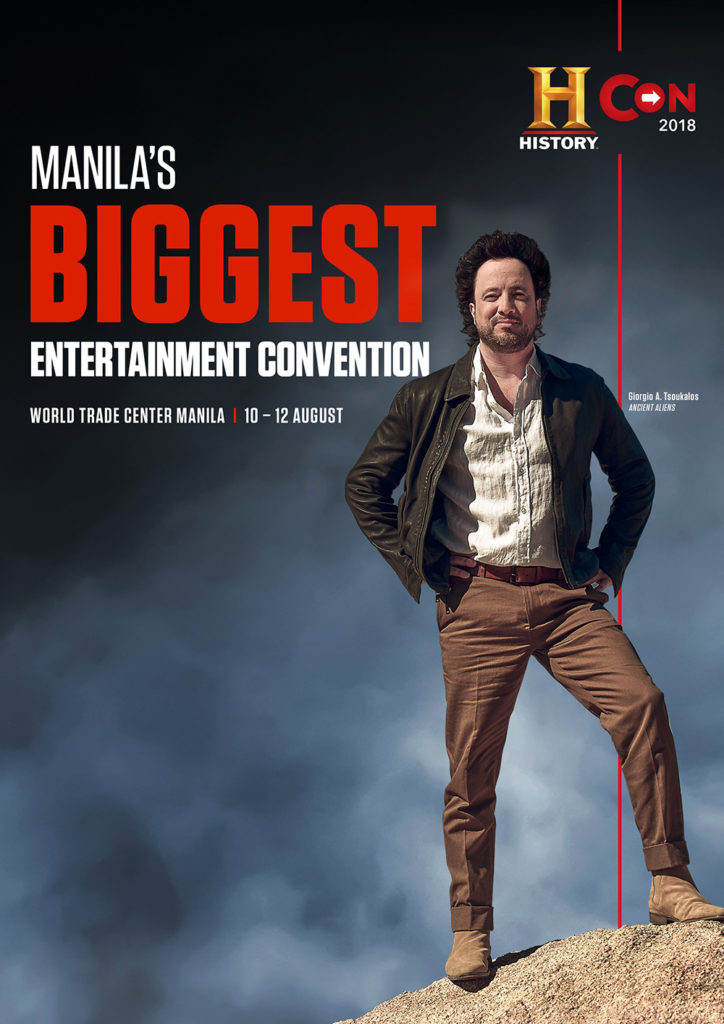 “I am incredibly excited to be returning to Manila for HISTORY CON 2018. The Philippines is home to some of Ancient Aliens’ most passionate fans, and I look forward to delving into some of the most enduring questions surrounding Ancient Astronaut Theory and engaging in the age-old debate: did extra-terrestrial beings really help shape human history?” said Tsoukalos.

This year, Tsoukalos headlines the exclusive live session, “Mysteries of the Past with Giorgio A. Tsoukalos.”  Like Ancient Aliens, the special talk with limited slots available brings together truth-seekers and HISTORY fans in a discussion, debate, and exploration with the leading expert himself.

Take note: Only those who avail of the HISTORY MAKER VIP Pass or HISTORY Maker Pass can request for slots when they attend Tsoukalos’ live session. 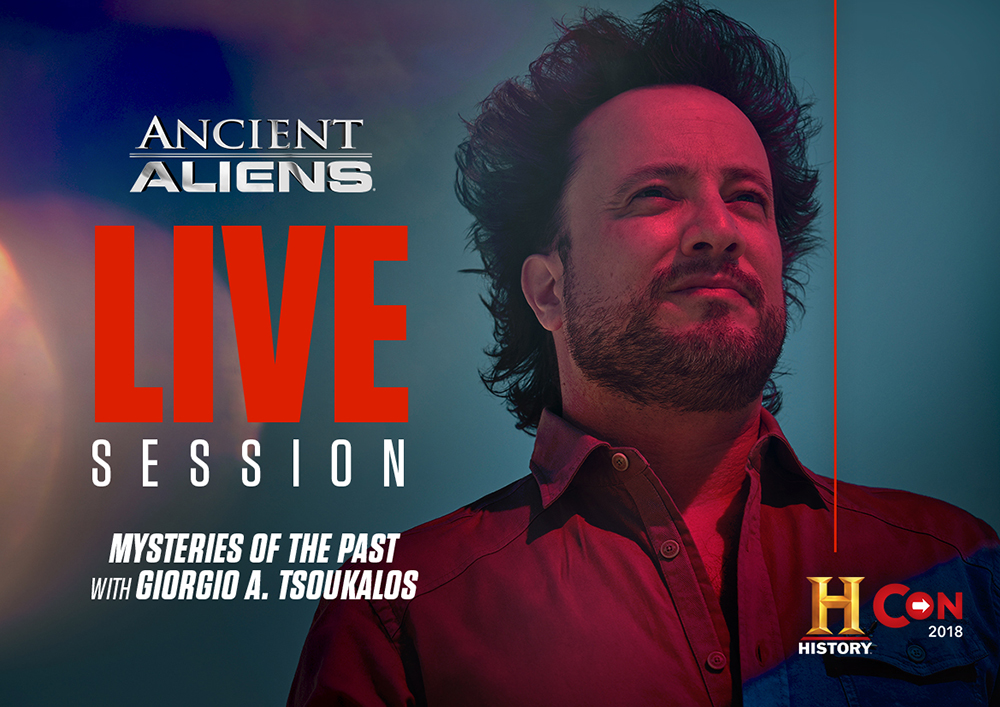 Interested HISTORY CON fans may choose from three different ticketing categories, each with exclusive privileges: the HISTORY MAKER VIP Pass (P10,000) has only 100 limited tickets available; the HISTORY MAKER Pass (P2,500) is good for a three-day admission; and GENERAL ADMISSION Pass (P350) entitles bearers to a one-day access to the star-studded convention. Tickets are available for sale exclusively on SM Tickets.

For a peek at last year’s HISTORY CON, visit our previous stories:

See you there! I’d probably stare at new alien displays like this: 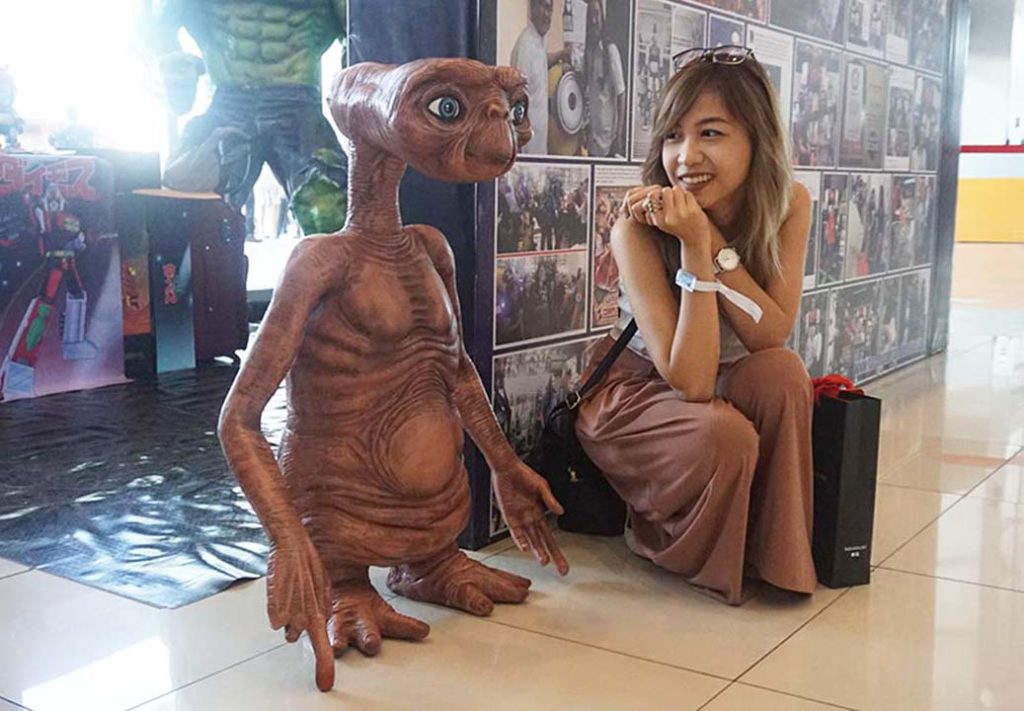