America’s number one comedy movie for three consecutive weeks, Why Him? will be arriving in Philippine theaters on February 1 with an R-13 rating by the local censors board.  It’s check-the-boyfriend and impress-the-dad in this endearing family comedy starring James Franco, Bryan Cranston, Megan Mullally, Zoey Deutch and Griffin Gluck. 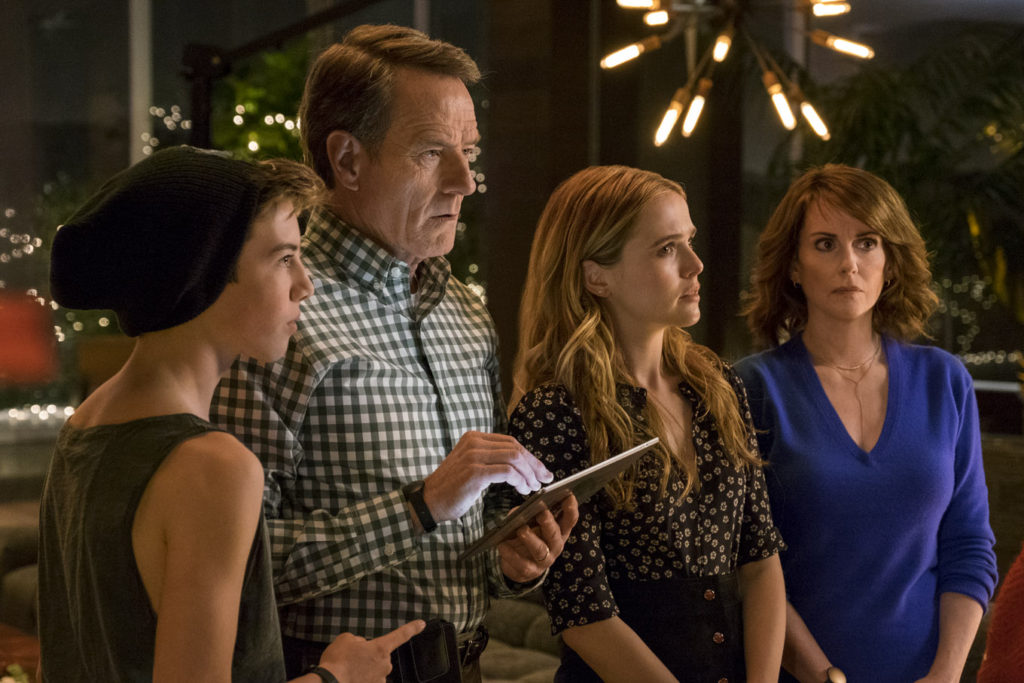 Why Him? brings Ned Fleming (Cranston) to the world of millennials when he decides to visit her daughter at her dorm over the holidays.  But even before that, life becomes a little more complicated for Ned during his 55th birthday party when Stephanie joins the event via Skype to send well wishes to her dad from her Stanford dorm room. The Flemings and their party guests are surprised by an unexpected (and naked) introduction to her new boyfriend… or at least a part of him. Distraught over the fact that Stephanie has uncharacteristically been hiding something from him, Ned begrudgingly agrees to travel with the family to spend the holidays in California to meet his daughter’s first serious boyfriend, Laird (Franco).

Cranston, himself a father, could relate to Ned’s struggle and his reluctance to let go in Why Him?. Ned is a good man motivated by a deep commitment to his daughter—and Laird is just not what he had in mind as a potential son-in-law.

“It’s tough as a dad to see your child grow up and become an adult,” he says. “You’ve been responsible for them all of their lives and are expected to voluntarily let go of that grip and away they go.”

The tense tug-of-war between Ned and Laird—small-town conservatism versus the anything-goes excess of Silicon Valley—forms the spine of the story. 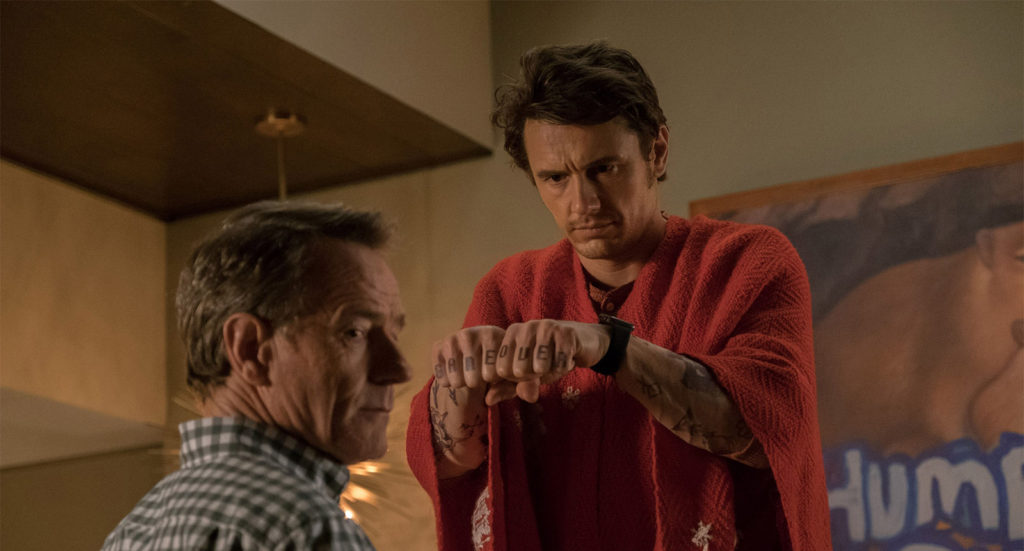 Bryan Cranston and James Franco in ‘Why Him?’ in cinemas nationwide this February 1, 2017. (20th Century Fox/ Warner Bros.)

“The whole show really is about these two men and their stubbornness about how they maneuver around each other for the favors of the daughter,” Cranston says.

Why Him? is firmly rooted in Ned’s perspective, however, with Cranston’s traditional, small-town father approach, he is forced to accept that his daughter is an adult capable of making her own decisions. But coming to terms with her love for Laird also means navigating a Silicon Valley culture entirely foreign to his more conventional sensibilities. Says Cranston: “Ned is an analog man in a digital world and gets completely lost in the conversation. He’s not up on the jargon and isn’t really sure where something’s going or what it means. In my time, I’ve seen the milkman come and go and now records are a novelty.” 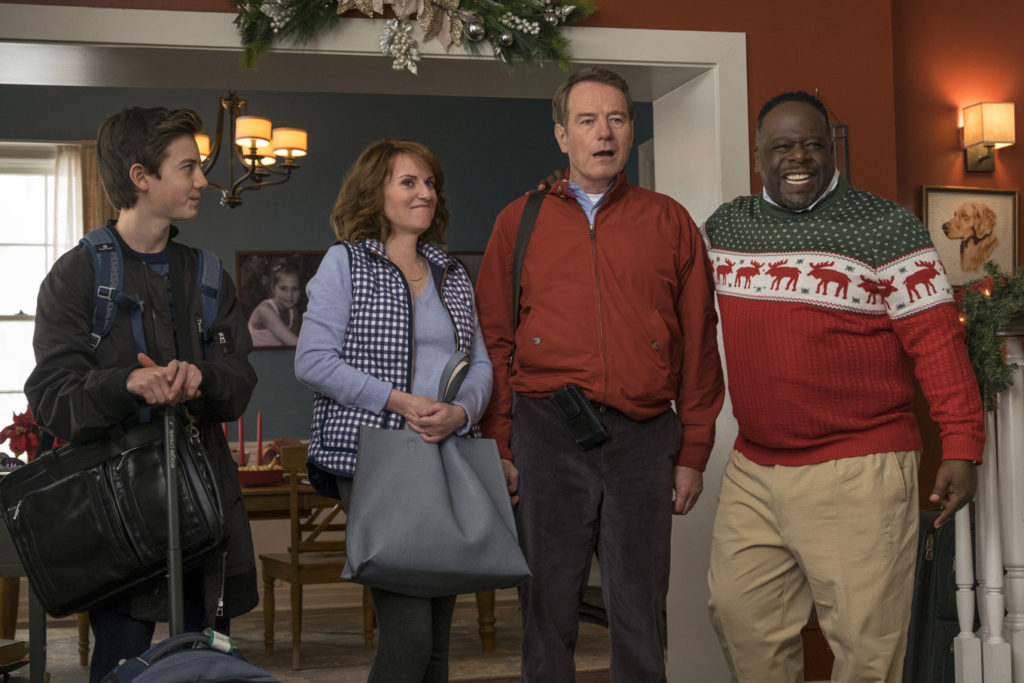 Meet the cast of ‘Why Him?’ from 20th Century Fox/ Warner Bros.

Finding the right actors to genuinely embody each of the generational perspectives was paramount. Cranston and Franco had precisely the right chemistry. For Cranston, the project offered the opportunity to return to comedy after several years steeped in heavy dramas that included his masterful portrayal of chemistry-teacher-turned-drug kingpin Walter White on the hit series Breaking Bad, as well as his recent turn as Dalton Trumbo in Jay Roach’s 2015 biopic about the screenwriter, for which he garnered an Academy Award nomination. 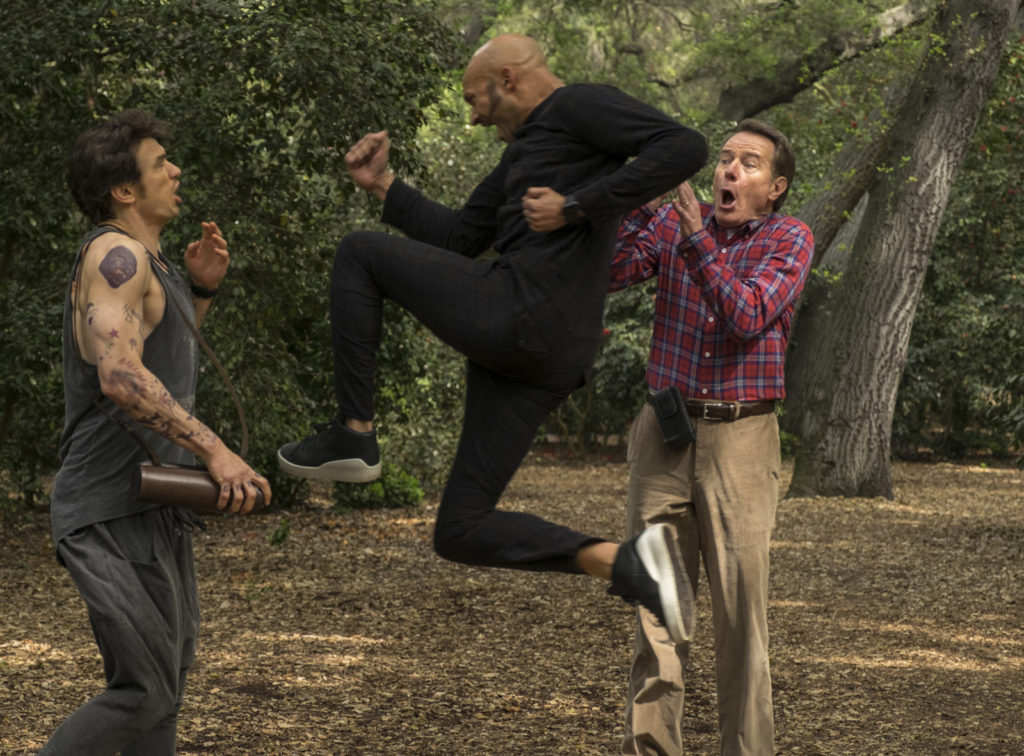 Scene from ‘Why Him?’ in theaters nationwide starting February 1, 2017.

“I love doing dramatic roles, but you don’t have as much fun as you do on a comedy,” the actor says. “When the objective of your job is to go to work and find different approaches to making people laugh, that’s a good gig.”

Why Him? is a 20th Century Fox presentation to be distributed by Warner Bros. that will open in cinemas nationwide on February 1, 2017.

One Reply to “‘Why Him?’ gets an R-13 rating for PH, more deets on Bryan Cranston’s role”