Have you ever wondered why some (if not most) of your Facebook friends are changing their display photos to that with a background like this? 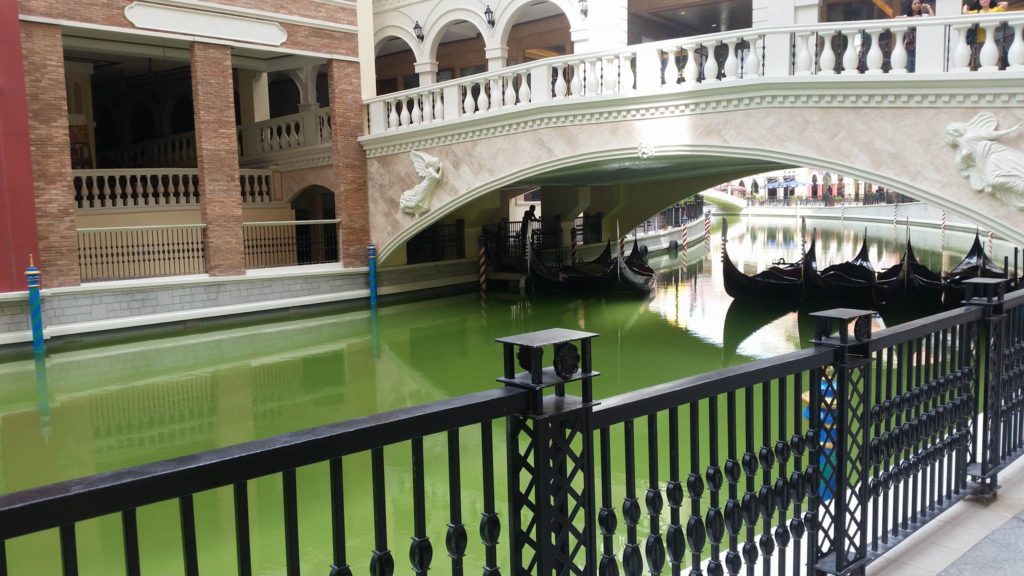 Plus the typical caption: “Greetings from Venice… chos!”. While some spiteful souls consider this as a show of being “trying hard social climbers”, there really is something to brag about the “little Italy” built right here at the Metro. It might cost cheaper and look smaller than the real thing, but isn’t that what’s “in” now? Alternatives to costly things which you can have at a lesser value. Pretty much like makeup dupes. Tee-hee!

Anyway, enough of the hate. The place is Italy-inspired. Period.

Here, you can see gondolas (which you can ride), real-life gondoliers, cafes, bridge with love locks, a mini version of the Grand Canal, restaurants, lamp posts similar to the ones from Venice, fountains, and an open area with lots of pigeons! Even though the Grand Venice Mall is still under construction and most of the restos are still closed, visitors can already feast their eyes on our own version of a foreign destination. This has actually been around since late last year, if I’m not mistaken.

Since most of us are into saving money now that summer left us together with our hard-earned cash, here are eight things you can do while at little Italy without spending thousands:

Tip: Most of the restaurants by the Grand Canal cost more than those situated at the Venice Piazza. 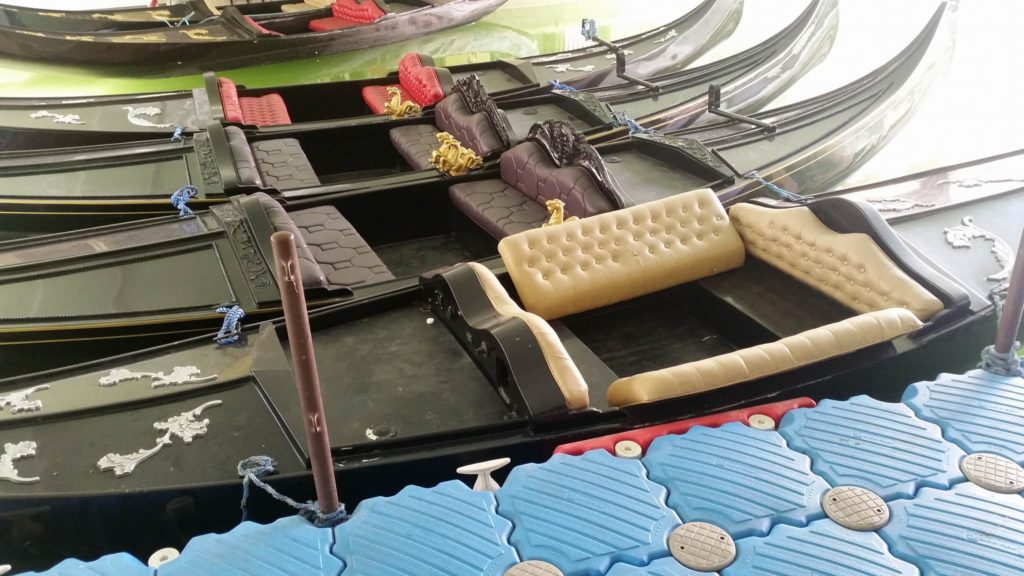 To be honest, it’s a small space for gondola rides but the fee goes together with a singing gondolier so why not? They’re cruising the Grand Canal every weekend from 1 p.m. to 10 p.m.

3. Leave a love lock at the westernmost bridge 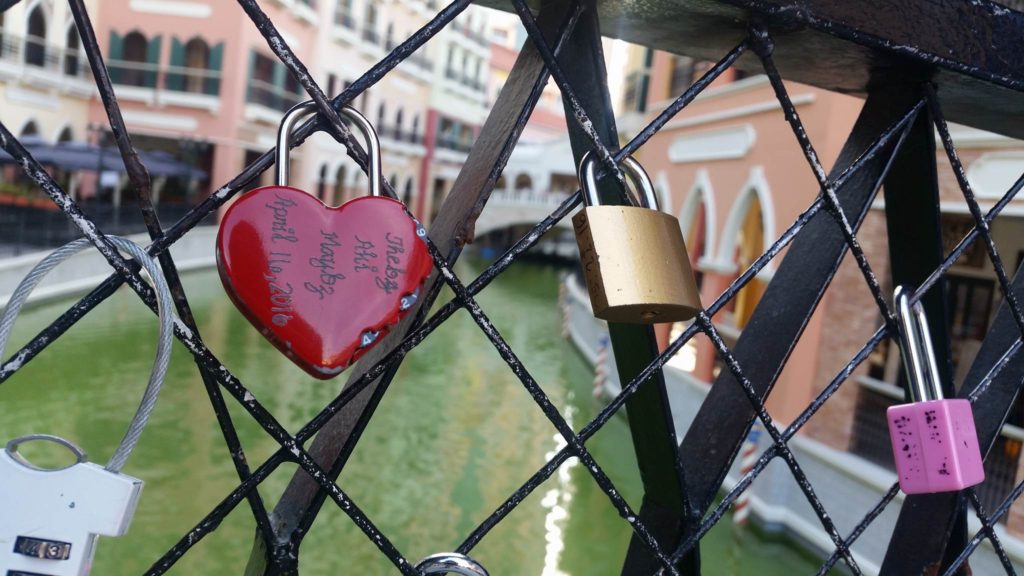 That’s not mine. Just in case you’re wondering!

While Beyonce has been singing “if you like, then you should’ve put a ring on it”, some chose to put a padlock on the bridge. 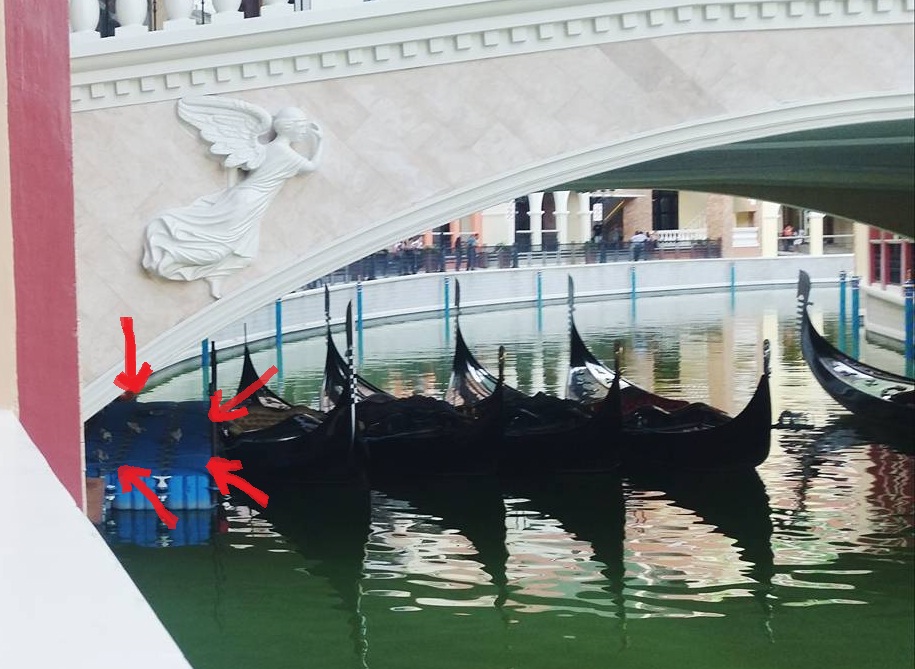 Sorry, this is the most decent photo I have. Haha! Look for them and share your photo, okay?

I don’t know if this looks amusing to you, but the little ducks are just so adorable! It was feeding time when we visited the Grand Canal so it was an “aww”-worthy moment.

Tip: Bring a hand sanitizer with you or a bottle of alcohol if you don’t want your hand to smell like bird feed. 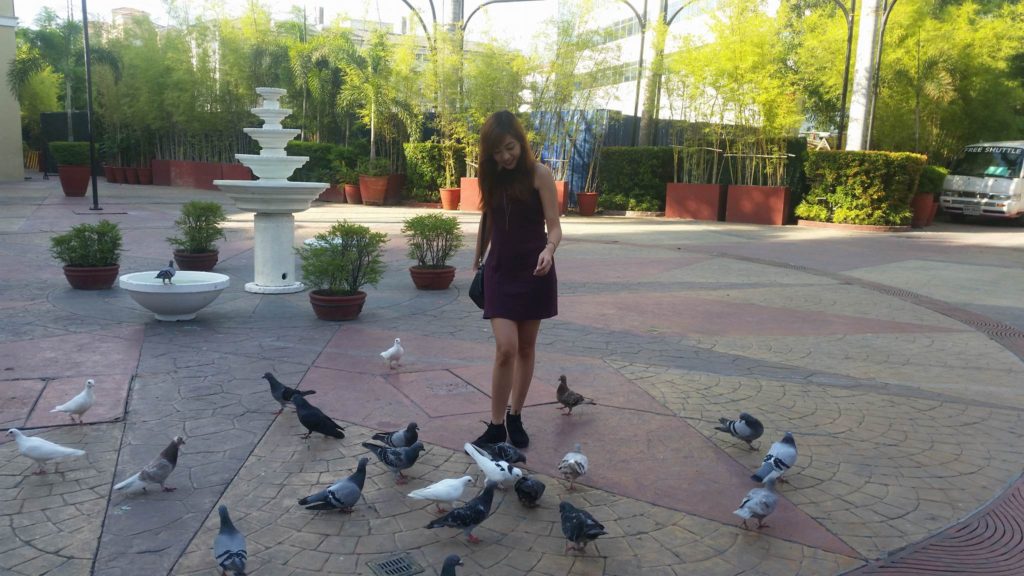 The pigeons won’t mind you being too close as long as you give them snacks!

Reminder: There’s a 50% chance that you’ll get pooped on but the risk is really worth it. I suggest that you stay away from the perch. 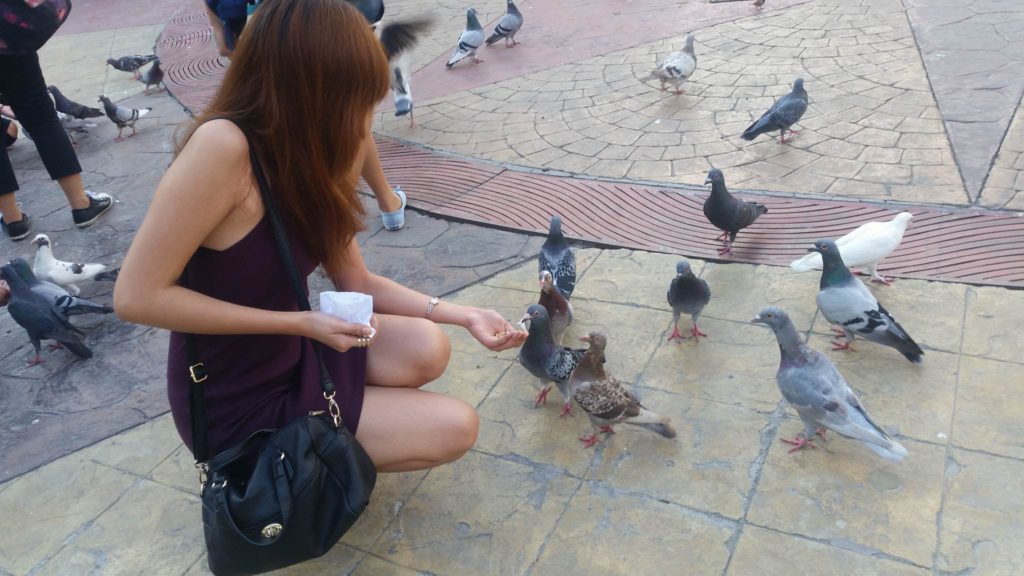 Not seen in this photo are the small scratches on my wrist because of serving as a human perch.

The caretaker who sells bird feeds may not always be there since the open space is also used for other purposes. 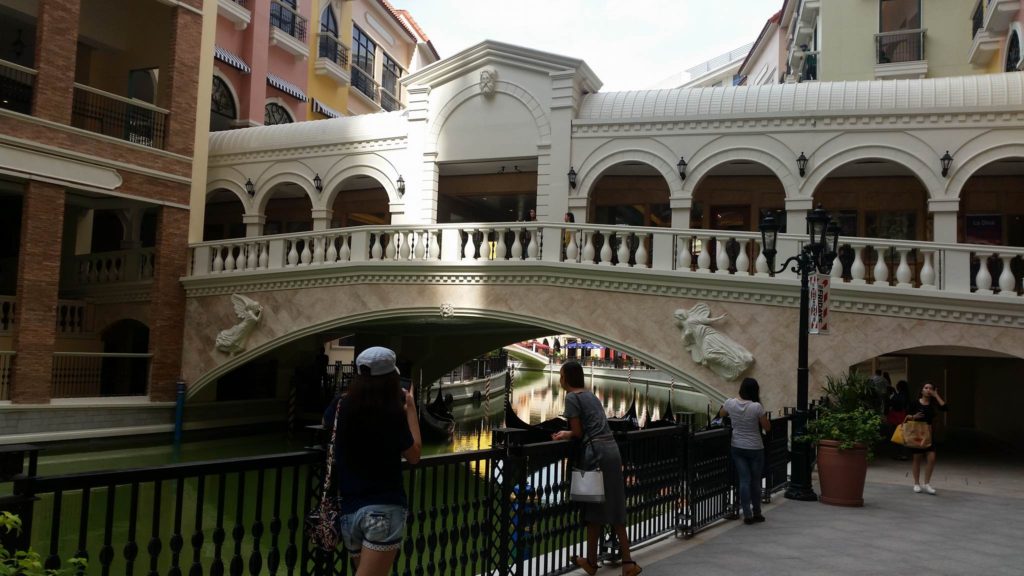 I can’t help but stare at the intricate details of every building. It’s worth appreciating.

8. Visit the place with a loved one — best way to enjoy any place 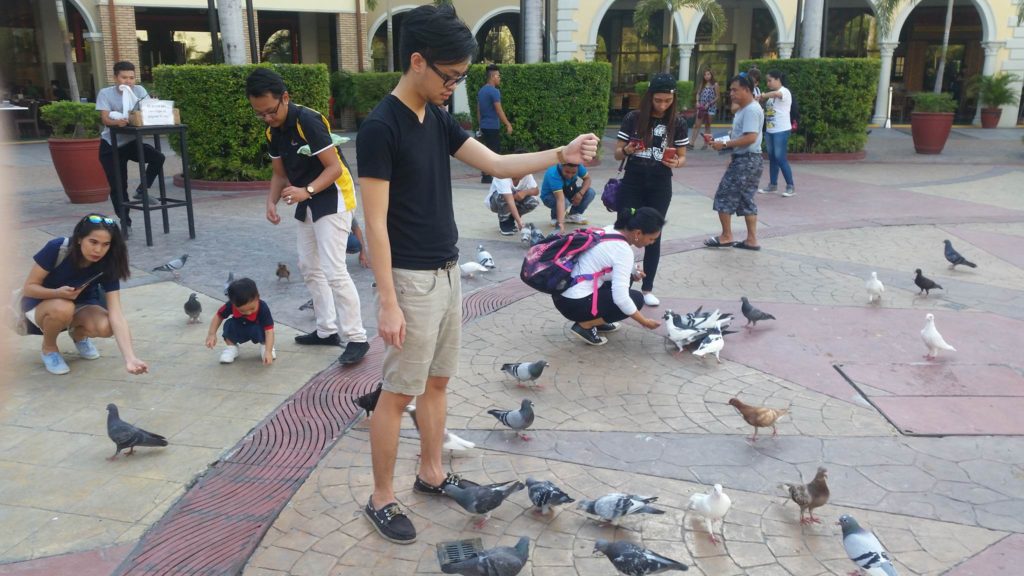 Once the mall is finished, I’m sure there are more things we can do here. I’ll update you soon.

How to get there from MRT – Ayala station: Go to The Fort bus terminal (which used to be beside the Shell station) and ride a bus which passes by the corner of Fifth Avenue and McKinley Road. Once you’re dropped off at the bus stop, ride a jeepney with an FTI Gate 3 signboard and go down Venice Piazza at McKinley Hill.

You can always opt to hail a cab or book an Uber/Grab. If worse comes to worst, Waze is the way!