Note: May contain a bit of spoilers, proceed at your own risk if you haven’t watched ‘YOU’ on Netflix yet.

These are just some of the common reactions after Netflix released its new original series called YOU. However, actor Penn Badgley – who plays a psychopath named Joe Goldberg – has expressed dismay over social media users who have been romanticizing his character. Aside from replying to random fans on Twitter who have twisted reactions, Penn shared his two cents during his visit to the Philippines.

“First of all, we, as the people who made the show, should take responsibility because he’s a charming guy and that was obviously what they wanted. It was a push and pull between me and the directors and writers wanting me to be charming,” admits Penn during Netflix’s In Conversation with YOU media conference at The Peninsula Manila on Monday (January 14, 2019). “I was always like ‘less so’… It was always a balance of making this guy real but to me, he was not a real person. I was not thinking of a critical portrayal of a real psychopath.” 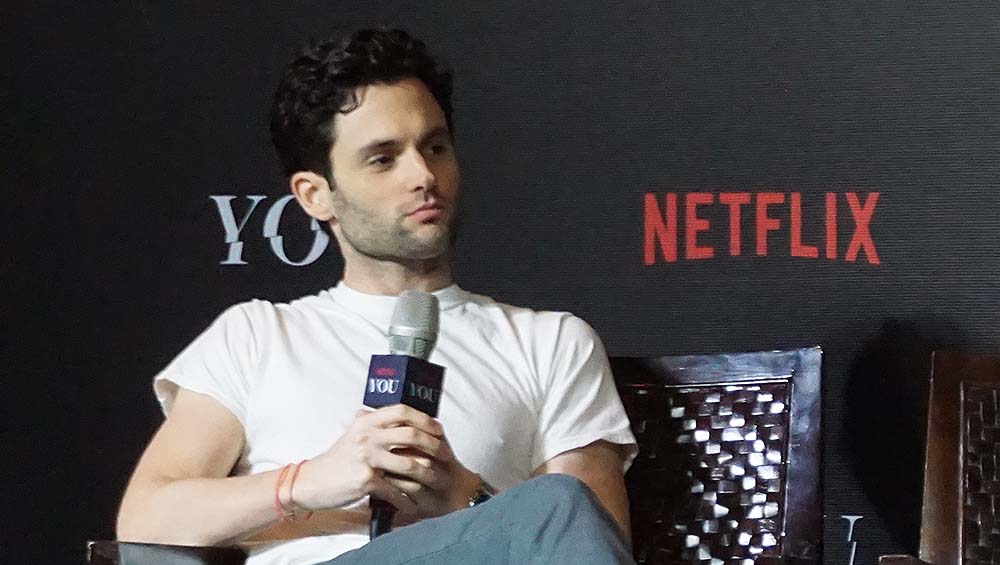 Now streaming on Netflix, YOU stars Penn as Joe Goldberg, a long-time manager at a boutique bookstore, Mooney’s, where he meets and falls in love with Beck (played by Elizabeth Lail). Joe is mysterious, resourceful, and is a chameleon. His obsessive love for Beck comes with a few challenges… one of them is Beck’s best friend, Peach Salinger, played by Shay Mitchell. Both have complicated relationships with Beck and this is where the twists and turns of the story begin. 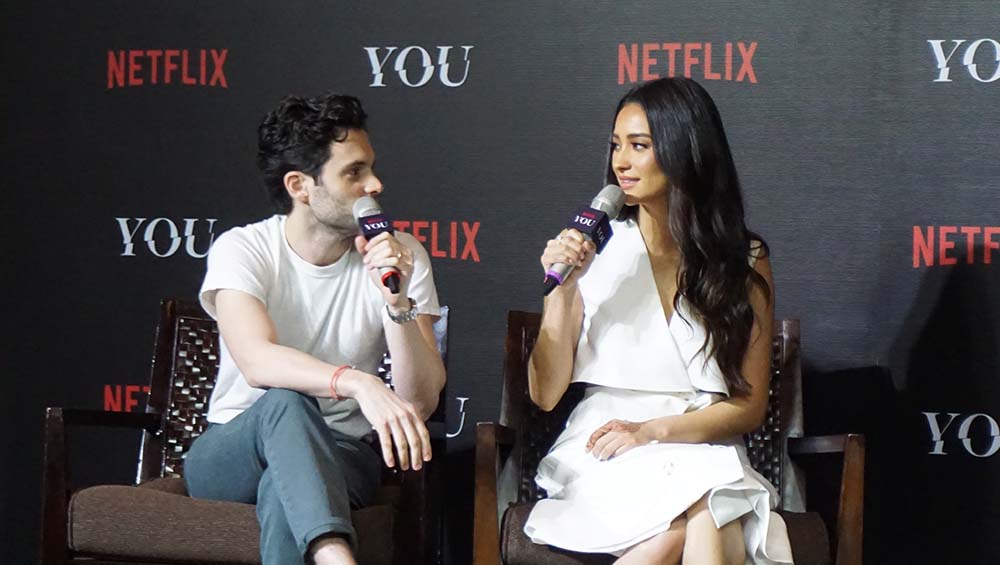 Penn Badgley (left) and Shay Mitchell (right) during their media conference in the Philippines for Netflix’s ‘YOU’.

While Joe may be attractive as a bookstore manager who is smart and well-versed in literary pieces, someone who literally fights for love, and a knight in shining armor for kids in danger, the downside of his character is enough to be a letdown. Imagine all those things compared to being a stalker, murderer, and thief (considering that he breaks into houses just to get important things from his prey).

If you’ve noticed, Penn has been actively reacting to fans on Twitter for the past few days, trying to sway them from actually liking Joe. 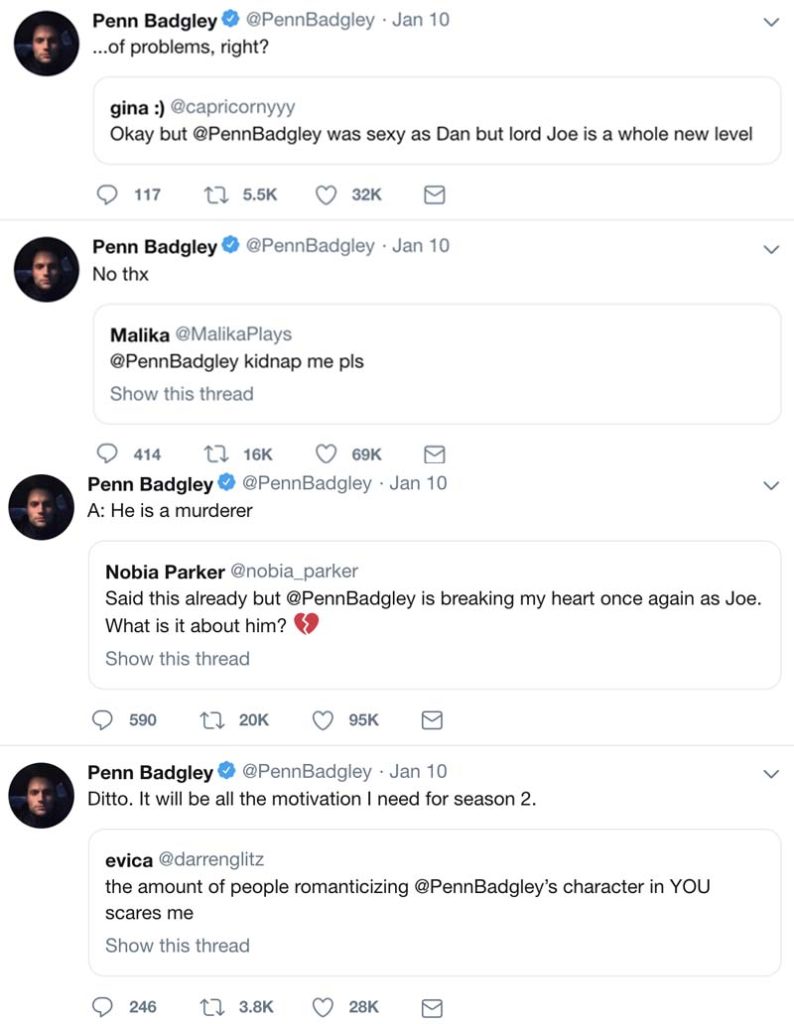 Screenshot of Penn Badgley’s Twitter posts (@PennBadgley) about his character in Netflix’s ‘YOU’.

For Penn, there’s something deeper to explore in Joe: “Sometimes, I would think of [a psychopath], and other times, he’s meant to represent things that are inside all of us – like the Internet troll. Joe, in some way, is like an Internet troll made real – which is a serial killer.”

“If we’re not careful, Joe can maybe bring out the Joe in us. I think I’m the person who has to always think of the delicate balance of these things just because I’m that guy,” he adds. 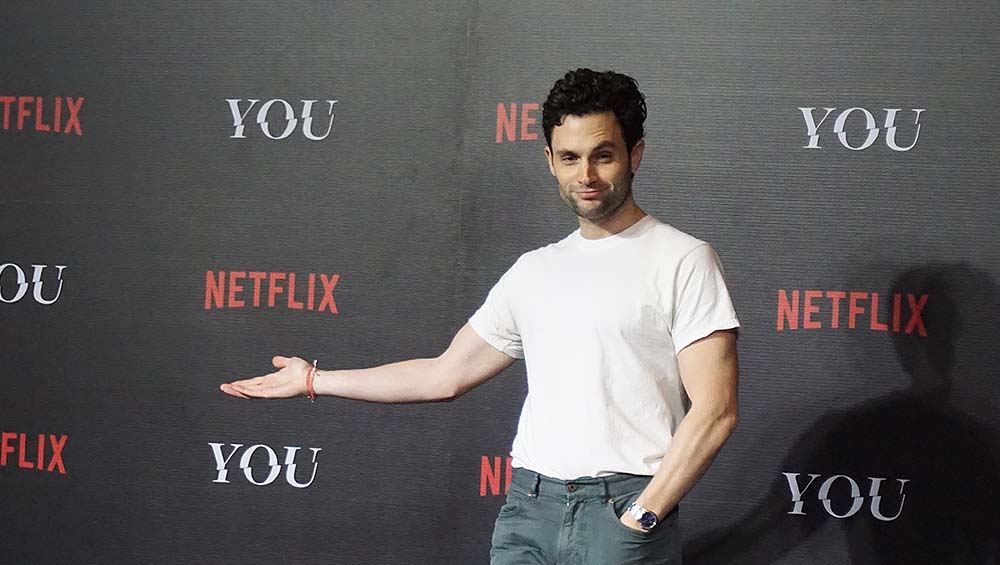 We stan a responsible actor! This is yet another reason why it’s okay to have a crush on him and NOT on his character. I’d have to admit that it’s hard to not get attached to Penn as Joe Goldbery but this is where the fine line of reality and fantasy lies. Aside from being such a binge-worthy show, YOU did a really great job in making people weigh in their values in life.

So when season 2 arrives, always remember: KILLING is worse than anything. 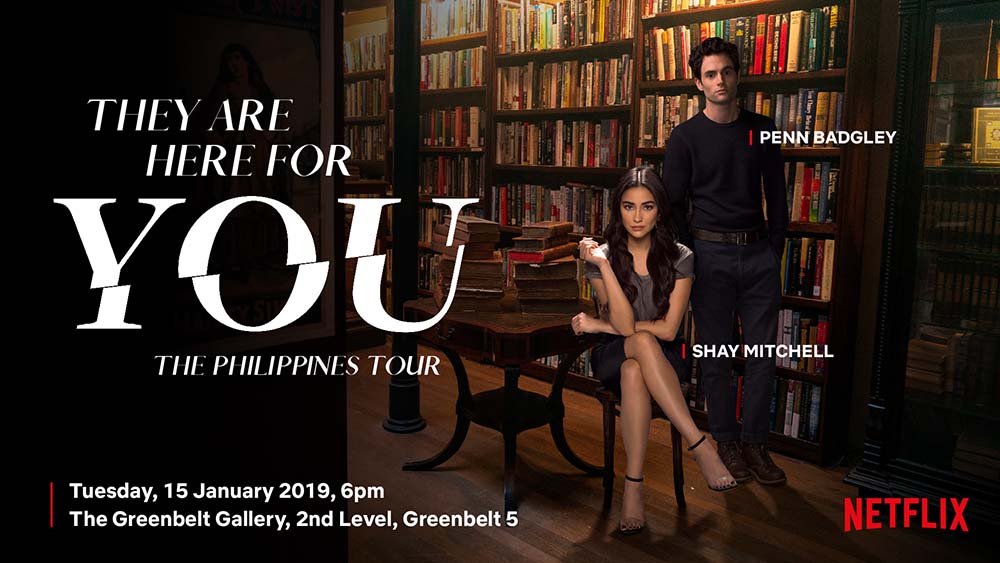 See you there! For more details about the show, visit: www.netflix.com/title/80211991. Don’t miss out on the latest millennial-worthy updates from Netflix by following Manila Millennial on Facebook, Twitter, and Instagram. To get started, go to:

READ MORE: Watch out! ‘YOU’ PH fans are next on Penn Badgley, Shay Mitchell’s list