We will, we will rock you. Our hearts thumped to the beat of this legendary song as it played on the big screen during the press screening of Bohemian Rhapsody from 20th Century Fox. With every beat comes memories of countless cheers we’ve done to its beat, song covers online, and the memories of how our parents used to play it on the stereo. For older generations who have witnessed Queen’s glorious days, this song is more than that. It has served as a battle cry, an inspiration, and an anthem during do-or-die battles. Behind their songs that can give you “LSS” (last song syndrome) feelings are stories waiting to be told and that’s just what the movie has attempted to do in a short span of time. 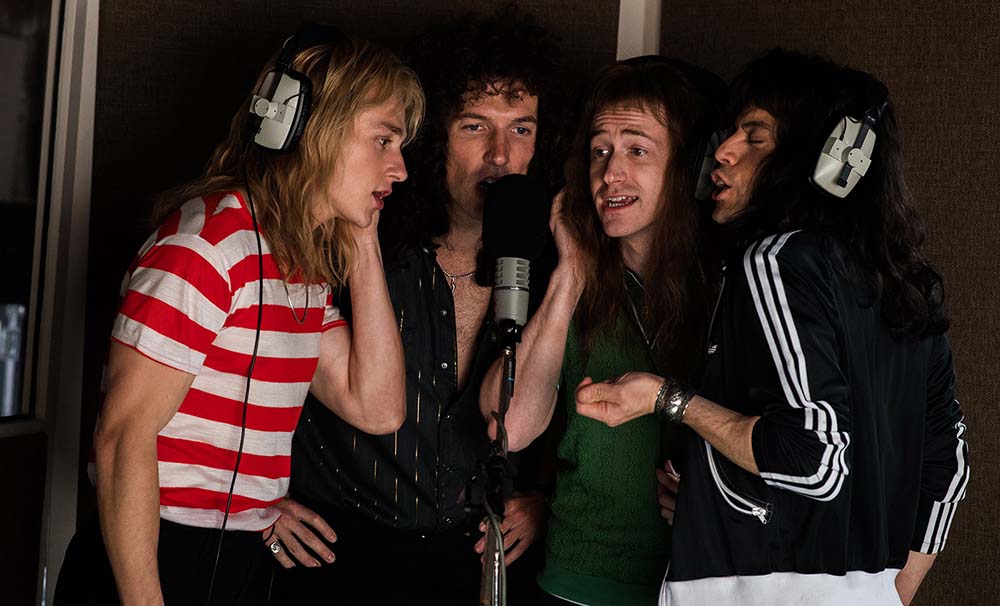 While it may be true that there are rooms of improvement in the story – like how Freddie Mercury’s relationship with Jim Hutton blossomed before or after “he found himself”, how having AIDS has changed his mindset, how he patched things up with his family, and so on, the team behind it was successful in portraying how Mercury was like any other normal human being behind the legendary things he and Queen has done. The parts being critiqued in other movie reviews were the same things that got us Googling “Freddie Mercury” and “Queen songs” right after the movie – and that was a discreet call to action that they have perfectly instilled in the viewers. The movie wouldn’t be spoon-feeding all the details that the youngsters who never saw Queen onstage, but it will be showing enough scenes that will give the right tug in people’s hearts.

Overall, Bohemian Rhapsody is a quick look at Queen’s music catalog throughout the years with their iconic songs playing in every scene. It’s also an honor to relive Queen’s Live Aid performance on the big screen. This is one of the most important cultural events of the 1980s which brought together the world’s biggest superstars in a benefit concert on two stages – Wembley Stadium in London and the John F Kennedy Stadium in Philadelphia, on July 13, 1985. Organized by Bob Geldof and Midge Ure to raise funds for those affected by the famine in Ethiopia, the concert was one of the largest satellite link-ups and TV broadcasts of all time, watched by an audience totaling 1.9 billion in 150 countries around the world.

It’s been over 25 years since the death of lead singer Mercury, yet their music lives on. He redefined and transcended stereotypes during a time when this wasn’t fully accepted yet, just as Queen’s music refuses to be slotted into any traditional genre. Perhaps that’s why the band is cross-generational and multicultural, making their music known until the present time. 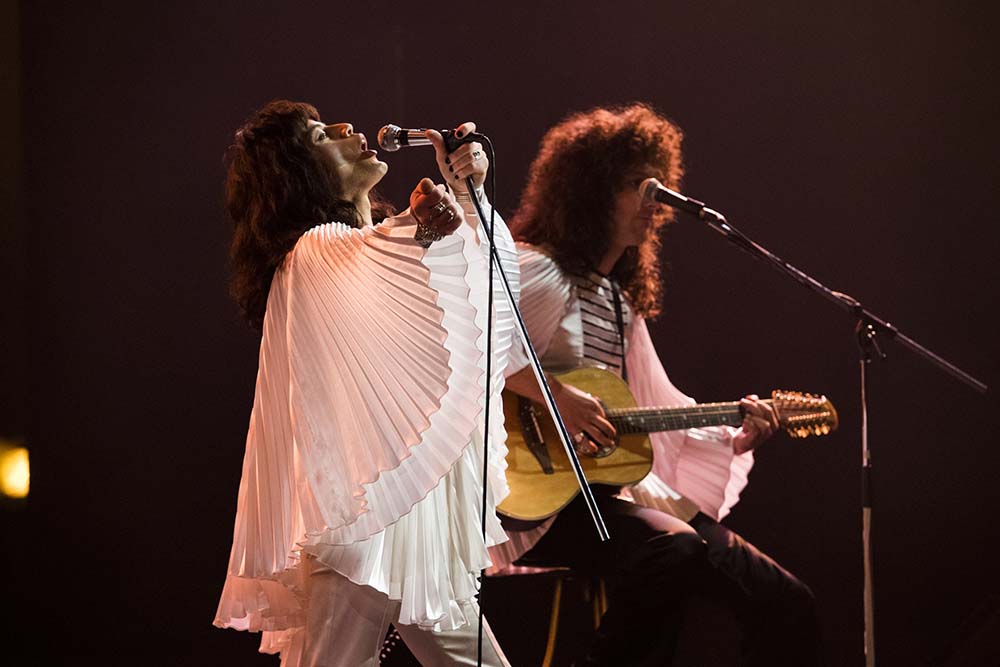 Emmy-winner Rami Malek (who is also part of one of our favorite series, Mr. Robot) dons the skintight catsuit and grabs that microphone stick to take on the role of the king of pop rock in Bohemian Rhapsody. Despite my personal insight that Rami looks like Bruno Mars, I wasn’t able to see a hint of Rami nor Bruno during the movie. It was Freddie Mercury from start to finish – especially the last few scenes.

Without a doubt, Bohemian Rhapsody is a must-watch for all generations. It shows the difference between the music industry then and now, how Queen was able to transcend years through their guts to break stereotypes, and how their style has served as an inspiration to a lot of people.

Sing with us as it opens on October 31, 2018 in cinemas nationwide (also available in IMAX screens). While you’re here, enjoy this new Queen medley from different singers all over the world, including the Philippines’ Jugs Jugueta:

What can you say about the movie? Get in touch with Manila Millennial on Facebook and Instagram and let’s talk all these “feels” away. For instant updates about must-watch movies, visit:

One Reply to “[REVIEW] ‘Bohemian Rhapsody’ is a 2-hour peek at Freddie Mercury’s life, Queen’s music that will rock you”