Theater is not dead. It’s still up and alive through school curricula and groups like Repertory Philippines (REP), who are ready to give us a glimpse at the famous decades-old stories from the golden years of theater play. In fact, REP continues to showcase international classics, comedies, dramas, and musicals locally – each with a unique spin that makes it enjoyable for the Filipino audience.

After Hair and Silent Sky, REP is back with Joseph Kesselring’s Broadway hit Arsenic and Old Lace – a dark farce that makes even outrageous murders become acceptable to laugh at! In a society that sees numerous deaths in one day, seeing a dark comedy that’s meant to poke fun at real-life matters seem to be a breath of fresh air. After all, this story is about old ladies who offered boarders a comfortable life within their home, only to end up killing helpless boarders out of “pity” once they fall for their kind words. Sounds familiar? 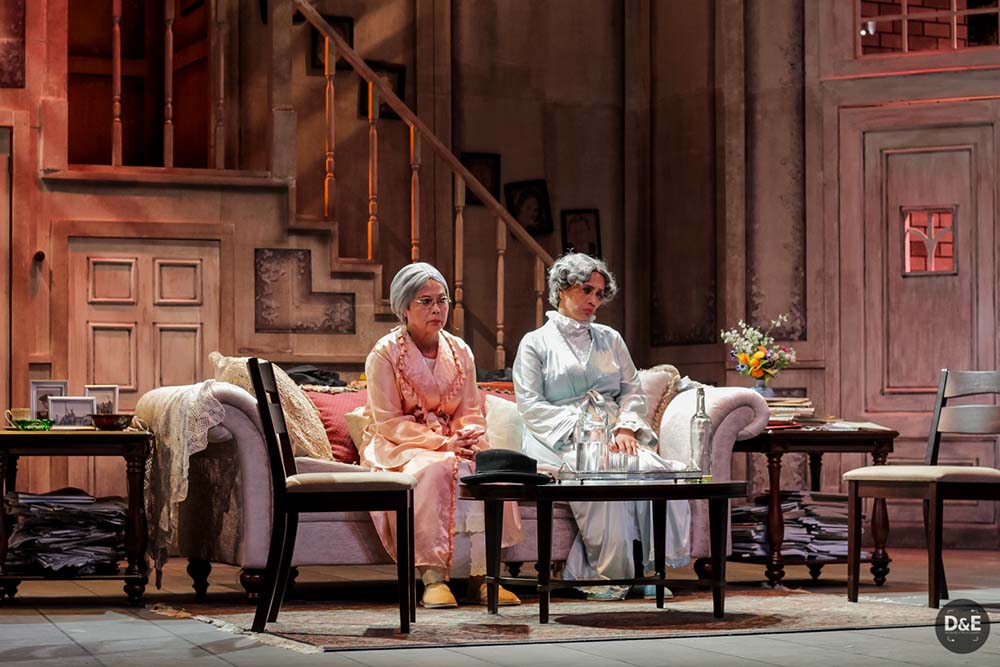 Let’s get into the play’s details: Having grown up with a sadistic great grandfather and a delusional brother, young theater critic Mortimer Brewster, played by Nelsito Gomez, thought he was used to his crazy family. But upon discovering that his two seemingly-sweet aunts are more sinister than anyone could imagine, he must now struggle to control a quickly unraveling situation without going insane himself.

The aunts in question are elderly sisters Abby and Martha Brewster, played by Joy Virata and Jay Valencia – Glorioso, who have taken it upon themselves to “bring peace” to lonely, widowed old men by offering rooms for rent in their home and serving them elderberry wine laced with poison. Meanwhile, Mortimer’s delusional brother Teddy, portrayed by Jeremy Domingo, gives them the muscle to—literally—cover up their crimes. 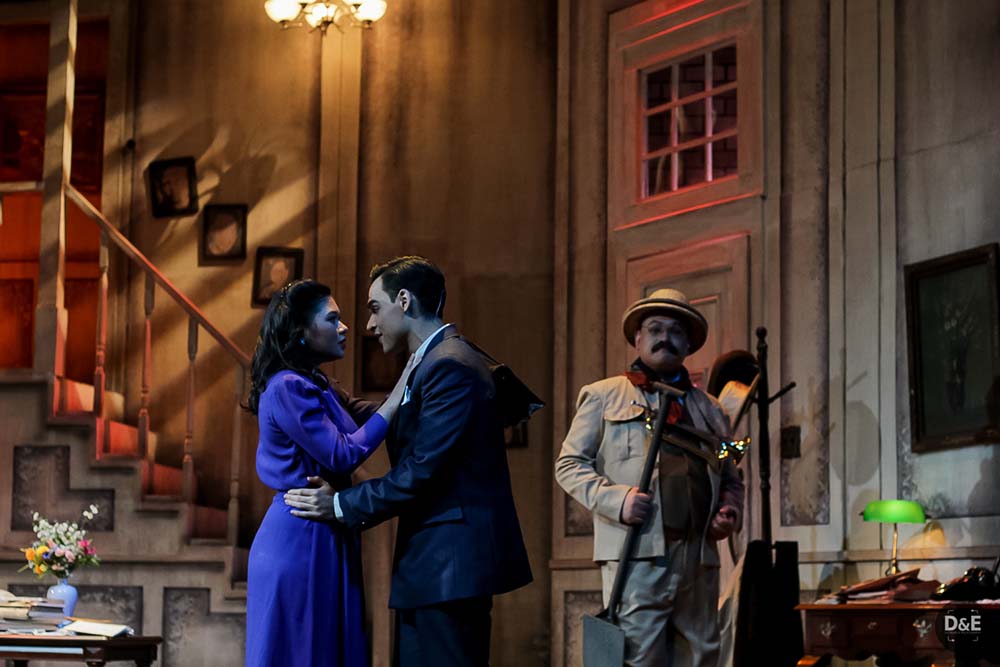 Mortimer discovers his aunts’ dark secret during a visit to announce his engagement to the love of his life Elaine (Barbara Jance). Madness soon gives way to mayhem as the missing bodies make the neighborhood cops suspicious and his delinquent brother Jonathan (Apollo Abraham) joins the fuss in an attempt to outrun the law himself. 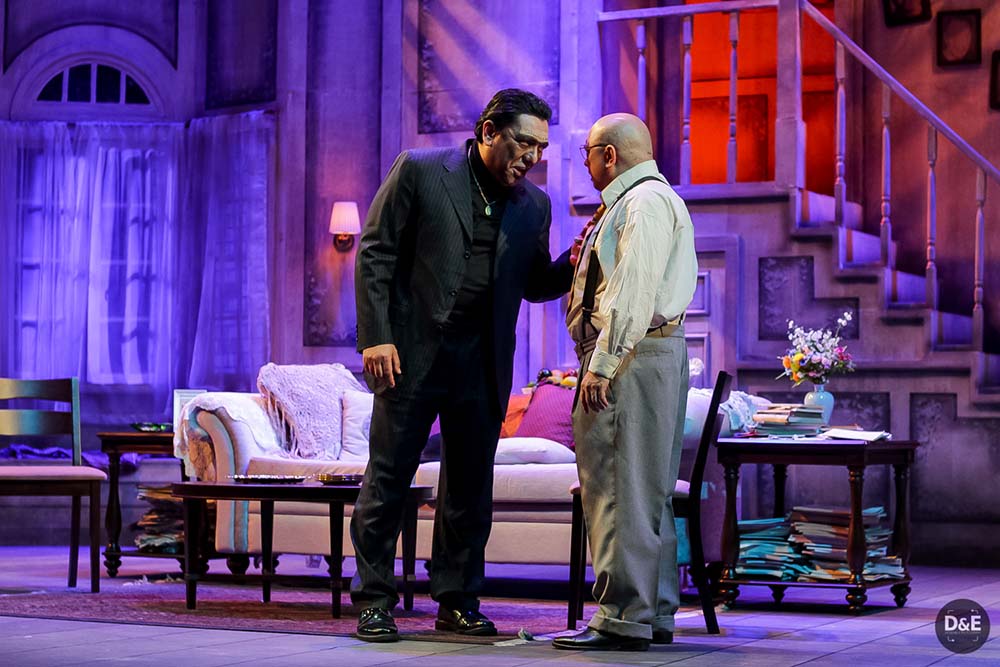 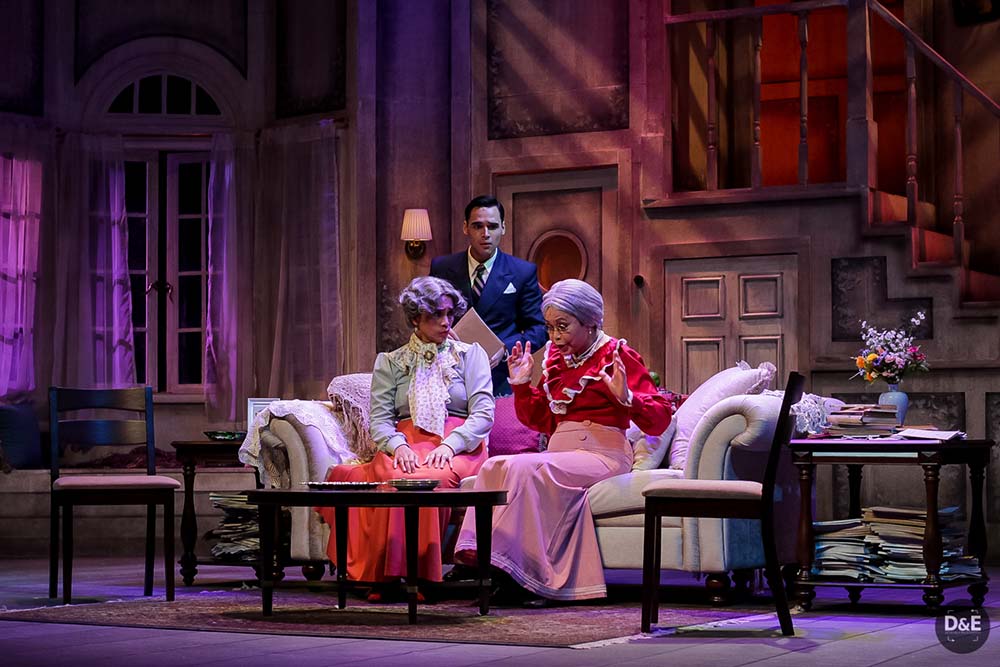 Repertory Philippines’ Arsenic and Old Lace will be running from April 6 to 29 at the OnStage Theater of Greenbelt 1.

“I’ve been studying this play since last year,” says Wilson during the opening night. “We suggest plays for REP’s season and I’ve had really good memories of this play. It’s the third time that Repertory Philippines staged this and I was a young boy when they first staged it in 1981. I was eight years old. I remember sneaking in and trying to watch every little bit of this play as I could.”

“I remember just laughing and loving this play, the idea of a dysfunctional family – the two aunts murdering people. It just captures the imagination. I call it a legacy play where classics like this should be brought back and dusted off and revisited because this is what led most of the comedies that are being written today,” explains Wilson on why REP chose to stage the dark comedy. “I believe that a lot of modern plays – the language of these plays, the writing of these plays — have a lot to offer to theater aficionados and people who enjoy these kinds of comedies.” 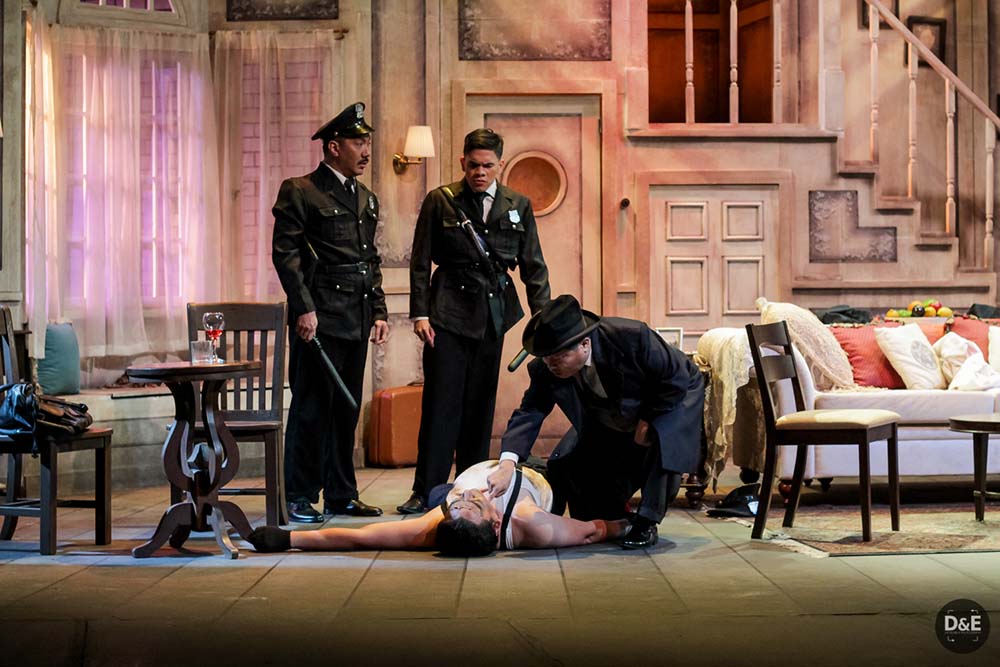 Fun fact: Arsenic and Old Lace was a favorite both in London and New York, and was staged 1,444 times on Broadway in 1941. It was popularized through the film of the same name, which starred Cary Grant and was one of the most beloved comedies from Hollywood’s Golden Era.

Watch outrageous murders turn into a splendidly dark comedy from April 6 to 29 at the OnStage Theater of Greenbelt 1, Makati City. Ticket prices range from P1,200 to P1,500 and can be bought via TicketWorld.com.ph. 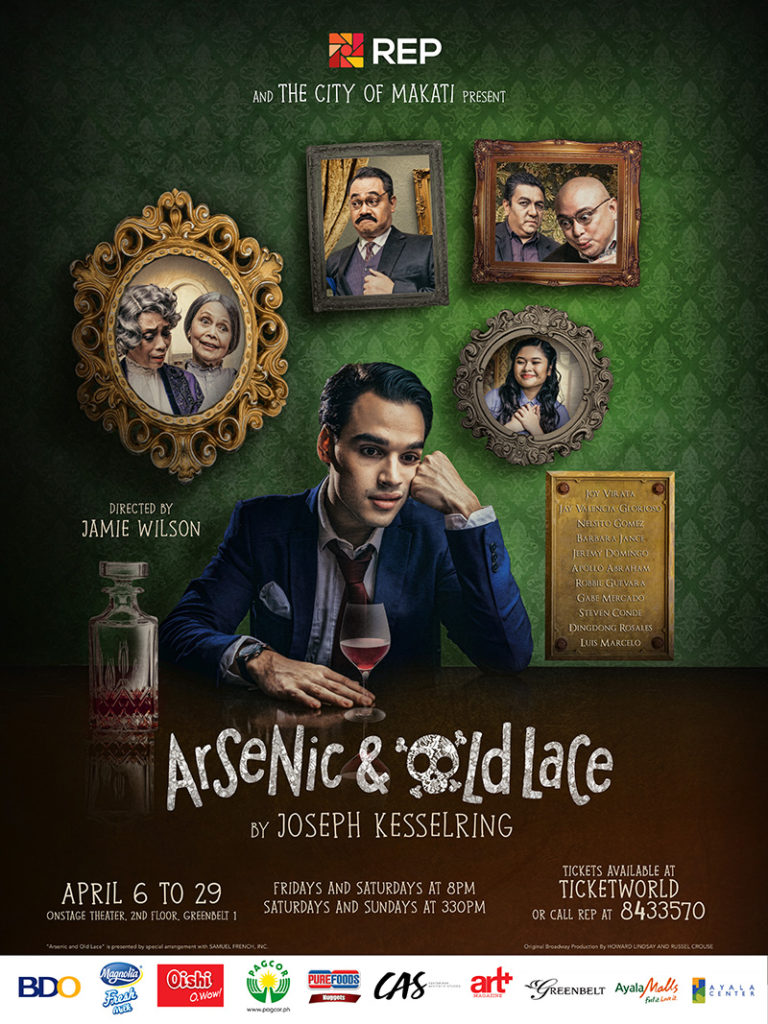