Following the worldwide success of Unknown, Non-Stop, and Run All Night, action movie star Liam Neeson returns to the big screen with mystery-thriller The Commuter. Unlike the typical commuter woes that we have, Neeson plays a salesman caught up in a bigger dilemma – a criminal conspiracy that carries life and death stakes for everyone on a train.

The screenplay proved irresistible to both the director and star, not just for the bravura of action and the thrill of suspense, but for the moral conundrum that the protagonist is faced with. The consequences of the challenge isn’t only on him, but also on the train passengers and his family.

“The Commuter asks the audience, if someone asked you to do something that seems insignificant but you’re not sure of the outcome in exchange for a considerable financial reward, would you do it?” says director Jaume Collet-Serra. “That‘s the philosophical choice that our central character – a man of 60 who’s just been fired, has no savings and is mortgaged to the hilt – is faced with. Is he thinking just about himself or is he going to take into consideration the possible moral consequences of what he’s asked to do? That’s the question we want the audience to ask themselves.”

For Neeson, it was also the story’s real-time narrative that gives it a thrilling momentum: “The story almost plays in real time. The main character realizes what he’s set in motion and sets out to identify the person that holds the key to the conspiracy. So the tension cranks up at every stop at a station as new passengers get on, and another clue is left for him. The danger gradually gets greater and greater and the film becomes this really fast-paced psychological thriller along the lines of a Hitchcock‘s Strangers on a Train or North by Northwest.” 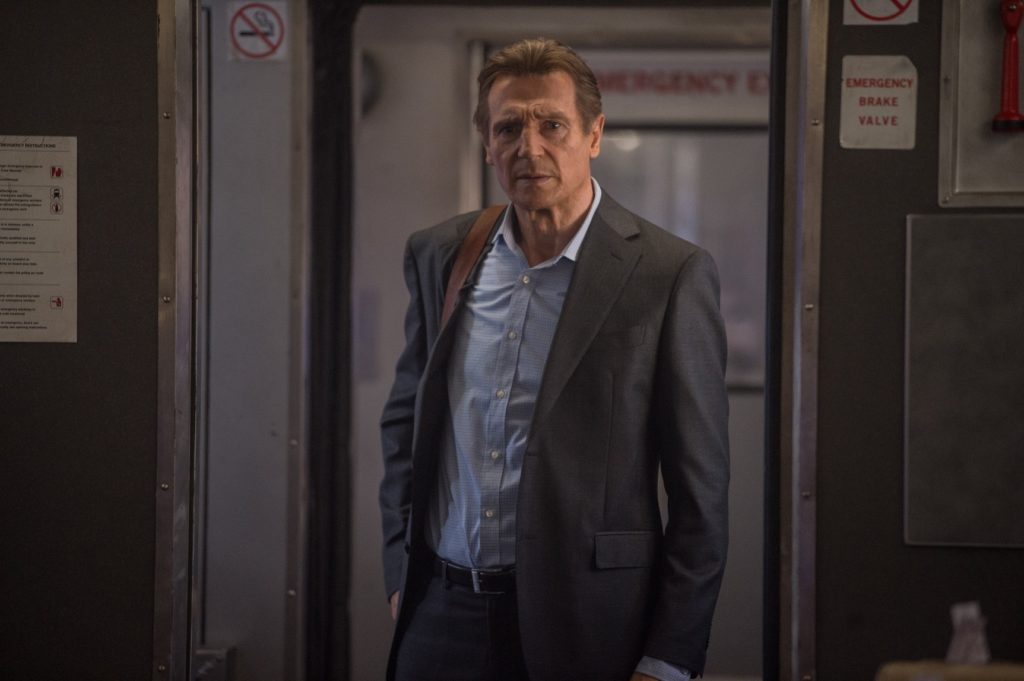 Ready to board the train? ‘The Commuter’ will be arriving in cinemas this month. 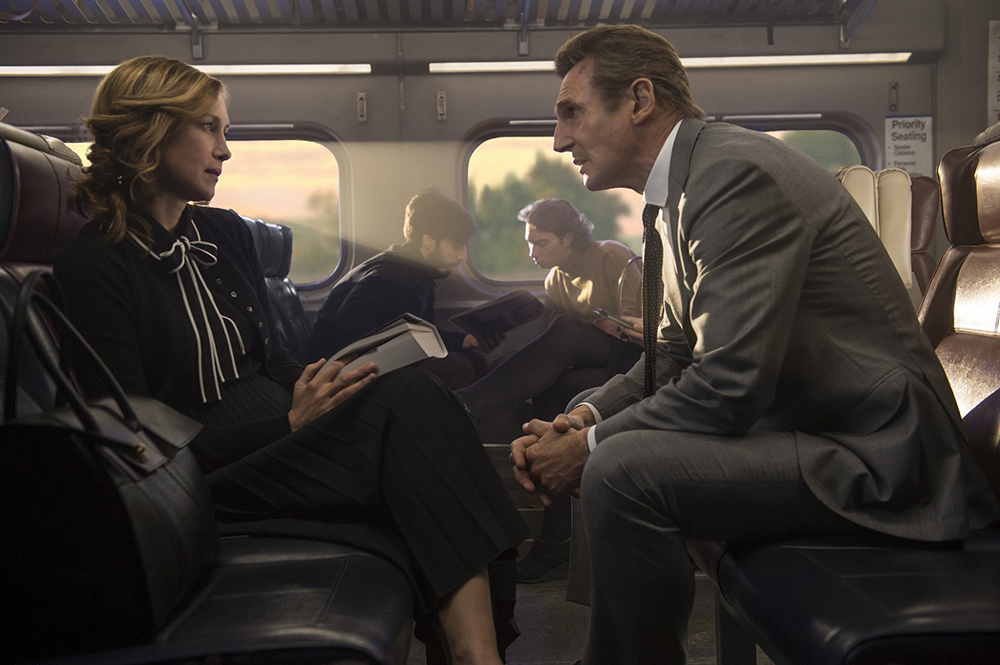 Vera Farmiga (left) and Liam Neeson (right) in ‘The Commuter’. 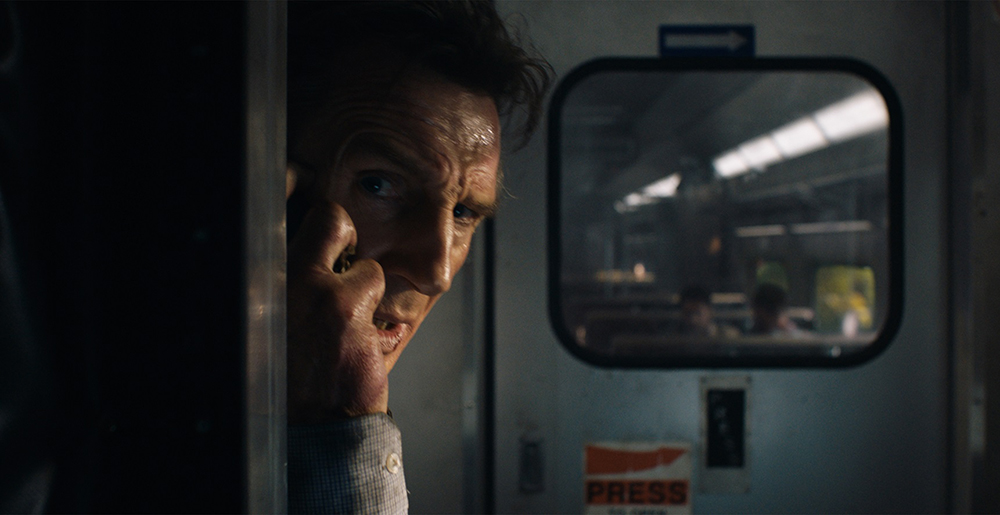 The story centers on Michael MacCauley (played by Neeson), a middle manager at a faceless insurance company, who lives with his wife and son in Westchester in New York State. Like so many hard-working family men, he is facing financial breaking point — trying to make ends meet on a pay-cheque that is stretched to the rafters. His son is about to go to college and his wife doesn’t know how the family is living beyond its means.

Then one day, his situation suddenly gets so much worse — he goes to work and gets fired. That, however, is not the only thing that is going to spoil his evening. On the commute home at the end of the day, the passenger sitting opposite him introduces herself as Joanna and puts a proposition before him: find a passenger on board the train who doesn’t belong, in return for a reward.  An easy deal, you’d think. But not if you’re an ex-cop who has a strong moral sense of right and wrong. Michael eventually agrees to find the “suspect” amongst the sea of passengers, using his wit and skill to uncover their identity, but soon comes to realize that he is at the center of a deadly conspiracy that will end in the murder of everyone on the train. You know the drill: He’s the only person who can stop it, of course.

The Commuter arrives in Philippine cinemas on January 10, 2018 from Pioneer Films.