Wolverine’s next of kin, Laura a.k.a. X-23 has finally been revealed in Logan, the defining chapter in the cinematic saga of one of the greatest comic book heroes ever created from visionary writer-director James Mangold. Hugh Jackman stars in the title role, alongside Patrick Stewart (Remember him from X-Men: Days of Future Past?), Stephen Merchant, Richard E. Grant, and newcomer Dafne Keen. The film is produced by blockbuster filmmakers Hutch Parker, Simon Kinberg, and Lauren Shuler Donner. 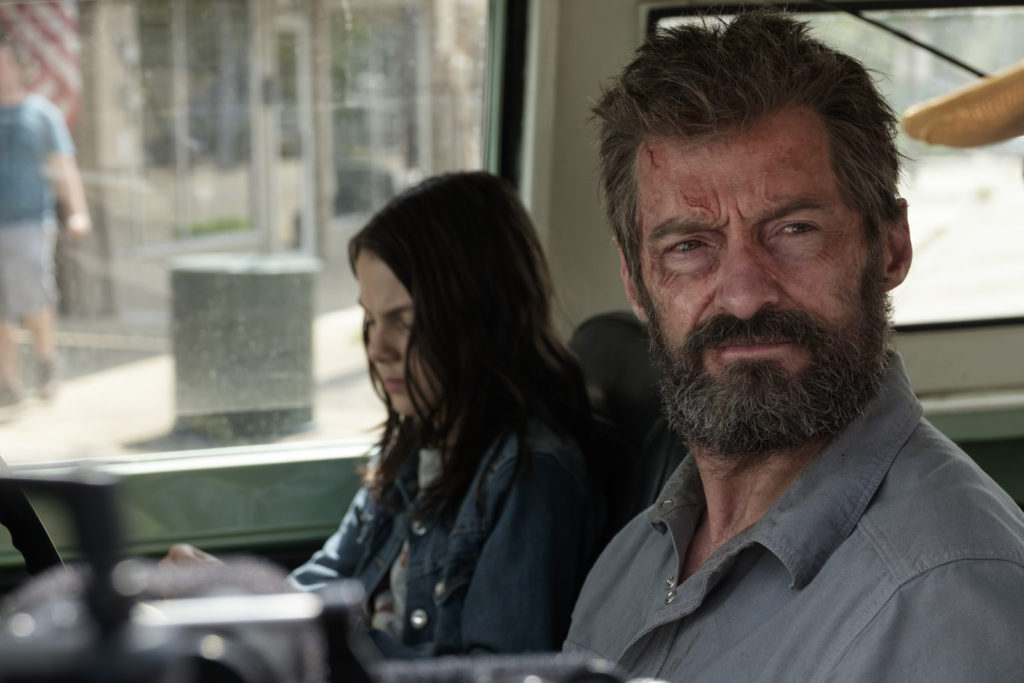 Logan looks like a good father figure (sort of?) in the upcoming movie ‘Logan’ from 20th Century Fox and Warner Bros. From left to right: Dafne Keen and Hugh Jackman.

As the film gives us a preview of the current timeline, Logan will be seen in a vulnerable and broken state, the curse of his immortality wearing heavy on him as he cares for a weakened Charles Xavier (Stewart) in a derelict smelting plant at the edge of an abandoned oil field. They’re joined there by a third mutant, Caliban (Merchant), sheltering in obscurity at a time when the world believes mutants have passed into history.  But Logan’s days of drinking in relative solitude are interrupted when he finds himself being a reluctant guardian of a young girl, Laura (Keen) who has powers remarkably like his own– from her hands as well as her feet spring the same adamantium claws as Wolverine’s. Not that he’s exactly eager to accept this newfound responsibility—he’s far too weary to play the hero once more. 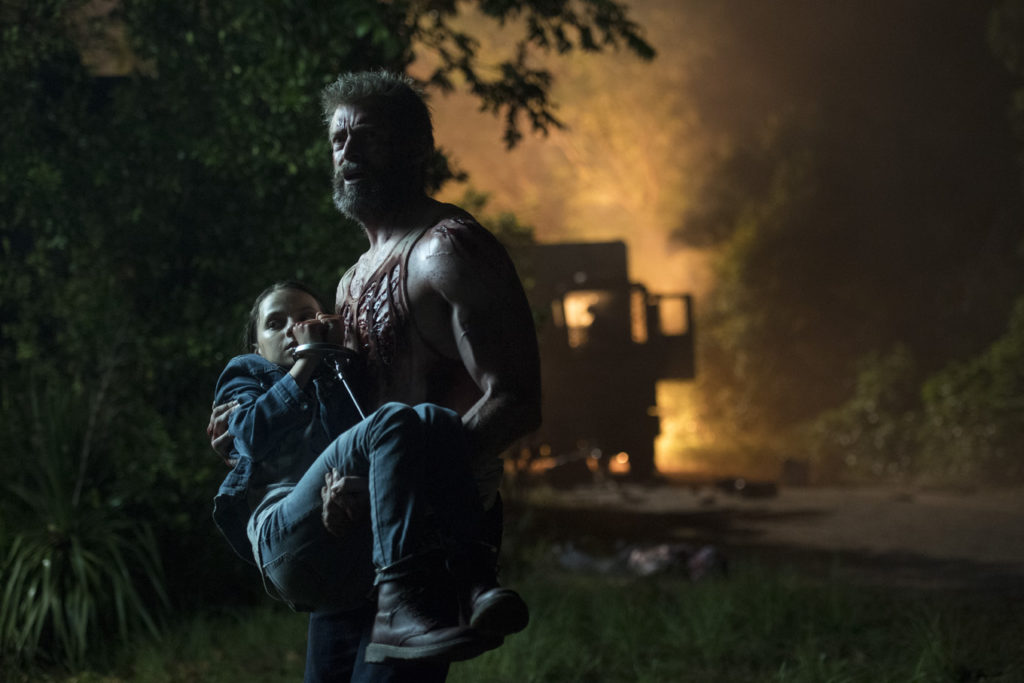 Tasked with protecting the not-so-helpless kid from the murderous cybernetic criminal Donald Pierce (Boyd Holbrook), Logan and Professor X set out to cross hostile territory to ferry Laura to a place called Eden, where young mutants are said to enjoy safe haven.

Jackman had especially kind words for his young co-star, Dafne Keen, who makes her feature film debut in Logan with a virtuosic performance.

“She’s a phenomenal actress, and it’s an honor to share the film with her,” Jackman says. “Laura, genetically, has Wolverine’s DNA, so there are elements of him in her personality and her physicality and that’s not easy to pull off. I found it hard to pull off when I was 30, let alone an 11-year-old-girl, and she’s not like that at all. She’s very bubbly, vivacious and energetic. Playing this constantly pissed off, rage-filled mutant who will take your head off if you look at her sideways is nothing like who she is, and she nailed it.” 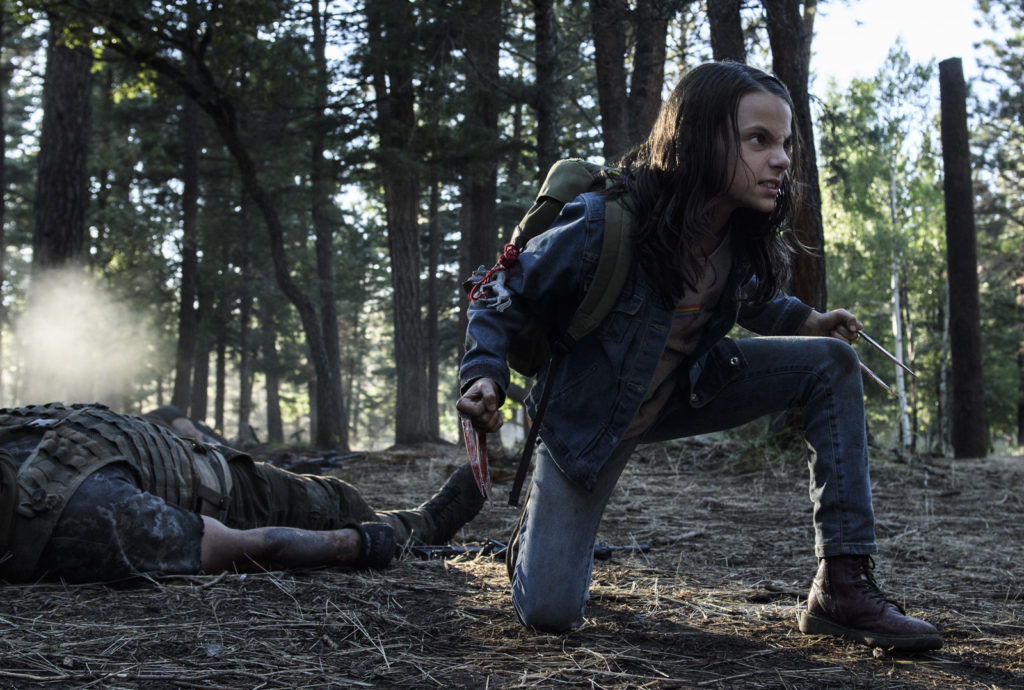 Dafne Keen doing her own stunts for the movie ‘Logan’ from 20th Century Fox/ Warner Bros.

Stewart, too, was impressed by her professionalism.

“She’s a child who performs with the weight and seriousness and intensity and diversity of a very experienced and worldly actress,” he says.

“Laura at the beginning is a very silent child,” Keen explains. “She can’t express sadness like a normal child would do so she gets really angry and starts killing people. It’s fun doing that and at the same time loving pink T-shirts and unicorns and rainbows and stuff.”

The film is packed with brutal, visceral fight scenes, which presented some unique opportunities for Keen, who trained near her home in Spain before arriving to the U.S. for filming. The stunt team only had about one month to train her! Keen’s background in gymnastics and aerial arts helped her master the fight choreography, and Jackman was wowed by his young co-star.

“Dafne did most of her fighting in the film,” he says. “She worked hard. When I say work, she loved it. She didn’t want to leave stunt training. I looked over one day and she had my claws on and she was beaming.”

“The other actors and filmmakers were like family to me,” Keen says. “I felt safe. I was always more focused on my character and what her longing for a normal family life which is what she is so desperately fighting for.”

Logan, with an R-16 rating from the Movie and Television Review and Classification Board (MTRCB), cuts its way to Philippine cinemas nationwide starting March 1, 2017 from 20th Century Fox, to be distributed by Warner Bros.

Late last year, Jackman led the release of teasers with a cryptic tweet showing a hint on what the movie will be about.

Check out our previous story at: A peek into the upcoming Wolverine movie ‘Logan’ (screenplay and poster included)